Slow Henry, Spread it Out to beat Titans

It’s a tale as old as time: Football games are won and lost in the trenches. Without quality performances from the offensive line, a team is really going to struggle to win games consistently.

Many of the Ravens’ struggles against the Patriots on Sunday Night Football can be attributed to the play of their offensive line. Already dealing with the losses of starting LT Ronnie Stanley and RG Tyre Phillips, the Ravens were once again forced to make changes along the line in the middle of a game. D.J. Fluker underperformed so badly as a pass protector that the coaching staff decided to replace him with Patrick Mekari. Ben Powers entered the game to take over the RG spot vacated by Mekari.

The offensive line above is the group that ended the game against the Patriots. I think it is the same group that the Ravens should roll out against the Titans on Sunday. The left side of the line is fine. Despite the angry mobs calling for Skura’s benching after a terrible night of snapping last week, switching your starting center on an offensive line already in turmoil feels ill advised. To Skura’s right, Powers/Mekari feels like the best combination that the Ravens have right now. If Skura’s snap struggles continue or Powers doesn’t hold up at RG, the coaching staff can make another change.

It’s not like they haven’t done it half a dozen times already.

Behind only Lamar Jackson, Nick Boyle was the second most important player to the Ravens’ offensive identity under Greg Roman. As the best blocking TE in the NFL today, Boyle provided the Ravens’ offense with a huge amount of versatility. At around 280 pounds, Boyle often served as an extra offensive tackle when the Ravens decided to pound the rock. To give Boyle an even bigger advantage as a blocker, he often aligned in the backfield in a FB/H-Back role. And even though he was often overlooked by national pundits, Boyle has solid hands and even led all Baltimore pass catchers in receptions and receiving yards in the Ravens’ win against the Colts.

Against the Patriots on Sunday Night Football, the Boyle suffered a season ending knee injury. Normally, when a player is injured, the Ravens adopt a “next man up” mindset. Unfortunately for them, there is no next man up for Nick Boyle. There is no replacement. There is nobody on the team who is going to step in and do his job. The Ravens have no choice but to change their offense.

That's an interesting quote. I don't want to make too much of it but this could signal more of what we've been saying — spread sets, get more speed on the field. Not really a crazy pivot because that's the personnel they have. https://t.co/2ujPiqUHr2

Agreeing with Dev here, if I were in charge of the Ravens’ offense, I would spread things out. I would use a lot of “spread” concepts. This would mean getting more WRs on the field. From those sets, I would focus on getting more creative. I’d sprinkle in jet sweeps and screens to get my playmakers involved. I would also run the typical zone read concepts from these more open sets. The focus of the Ravens’ offense going forward should be on getting the ball into the hands of their best athletes.

If Jackson, Brown, Duvernay and Dobbins can make a few explosive plays, the Ravens can compete with the Titans.

Even before the loss of Boyle, the Ravens’ offense was struggling. The team is on their second LT. They’re now on their third RT and their third RG. The loss of Marshal Yanda has been brutally obvious and Jackson hasn’t looked as comfortable. Now with Boyle out for the season, the Ravens are forced to make some changes to what they’re going to do on offense.

One immediate change that they should make is getting Dez Bryant suited up on gameday, and into the game. He was active and saw two snaps against Indianapolis, then was active but never got on the field in New England. The Ravens are looking for weapons on offense. Over the last three games, the Ravens have been led in receiving by Willie Snead and Boyle. Hollywood Brown has been mostly missing in action. Bryant could contribute both as an ‘X’ WR and in the slot running some of the routes typically run by a TE.

The Ravens’ offense needs a spark and Dez Bryant might be the way to find it. 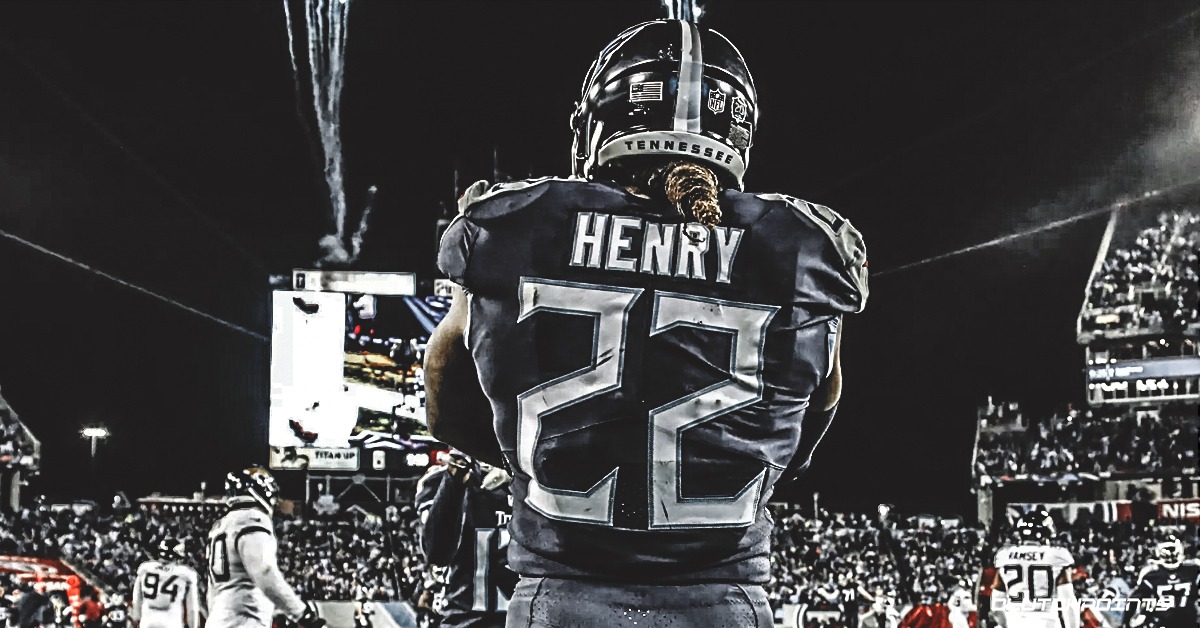 It will be a long time before Ravens’ fans forget the 2019 Ravens’ 1st round playoff loss to the Tennessee Titans. Ryan Tannehill completed 7 of 14 passes for 88 yards. Derrick Henry toted the ball 30 times on his way to 195 rushing yards. Earl Thomas was stiff armed so hard that he became a meme and the 14-2 Ravens found themselves watching the rest of the playoffs from their couches.

Ryan Tannehill is no slouch. A.J. Brown is one of the best WRs in the game today. Jonnu Smith is an athletic TE who is used in ways that most other NFL TEs probably dream of. But the number one priority for the Ravens’ defense is far from a secret. They have no chance to win the game if they cannot limit Derrick Henry.

No team can afford to stack the box with 11 defenders on every play, but the Ravens need to be prepared to do virtually everything else that they can to slow Henry down. Unfortunately, their mission could be made significantly harder by the fact that they could be missing both Calais Campbell and Brandon Williams along their defensive line. Players like Justin Ellis, Derek Wolfe, Justin Madubuike and Broderick Washington need to come ready to play against the Titans. If they don’t, and the Ravens can’t stop the run, they’ll be in for a long afternoon.

As of the Thursday afternoon injury report, there is a real chance that the Titans play Sunday’s game without multiple starting offensive linemen. Starting LG Rodger Saffold, C Ben Jones and RT Dennis Kelly all missed practice due to injuries on Thursday. While the injuries are unfortunate for the Titans, the timing really could not be any better for the Ravens. When stopping Henry is your top priority (see above) and you might be missing your best two defensive linemen, it’s nice to not have to face an offensive line that is at full strength.

Up against a depleted Titan offensive line and playing without some of his best defensive linemen, Wink Martindale should draw up a plan for attacking the Titans’ reserve linemen. One way that Martindale should attack is by rotating as many defensive linemen into the game as he possibly can. Some of the players who could play in place of the injured linemen are rookies who are not used to playing a full NFL game. If the injured players do play, the Ravens would then be playing fresh defenders against hurt Titans. Either way, frequent rotation should be a priority.

After keeping his defenders fresh against Henry, Martindale should prioritize blitzing and stunting against the Titans line. With potential losses along the offensive line, communication could be an issue for Tennessee. If the Ravens take advantage of substitutes working on their communication in real time, they could gain a slight advantage. Against a runner like Henry, sitting back isn’t an option.

The Ravens need to attack the offensive line and reestablish the line of scrimmage to beat the Titans.

With a 2nd round in the 2019 NFL Draft, the Titans selected Ole Miss WR A.J. Brown. Brown, a two-time 1st team All-SEC selection, was a college teammate of Seahawks’ star WR D.K. Metcalf. In his rookie season in Nashville, Brown caught 52 passes for 1051 yards and eight touchdowns. Now in his second season, Brown is illustrating once again why the Titans made Brown the fifth receiver selected in the 2019 draft.

When Tannehill drops back to pass, A.J. Brown is his clear number one target. Despite missing multiple games to injury this season, Brown leads the Titans in targets, yards and receiving touchdowns. Martindale should deal with Brown by making sure that he is covered by Marlon Humphrey or Marcus Peters as much as possible. The Ravens do not typically have Humphrey “follow” the opponent’s top WR, but Martindale needs to be ready to make adjustments to matchup with Brown. If the Titans try to hide Brown in the slot, for example, Martindale needs to be ready with adjustments to ensure that Brown doesn’t end up matched up with Tramon Williams or Davontae Harris.

The Ravens ability to limit Brown and keep the Titans one dimensional will go a long way towards securing the win.

*Titans’ WR A.J. Brown did not practice Thursday, but is expected to play against the Ravens.

With the 19th pick in the 2019 NFL Draft, the Titans selected DL Jeffery Simmons out of the Mississippi State University. Simmons was a five-star high school recruit who went on to become a two-time 1st team All-SEC selection. Simmons, a freaky athlete, was such a highly thought of prospect that the Titans made him a 1st round pick despite the knowledge that a torn ACL would keep him out for a good portion of his rookie season. Against a Ravens’ offensive line that has struggled in recent weeks, Simmons could be a game wrecker. Regardless of who lines up at RG and RT for the Ravens on Sunday, it will be a matchup to watch.

Limiting the damage that Simmons can do is crucial to the success of Baltimore’s offense.