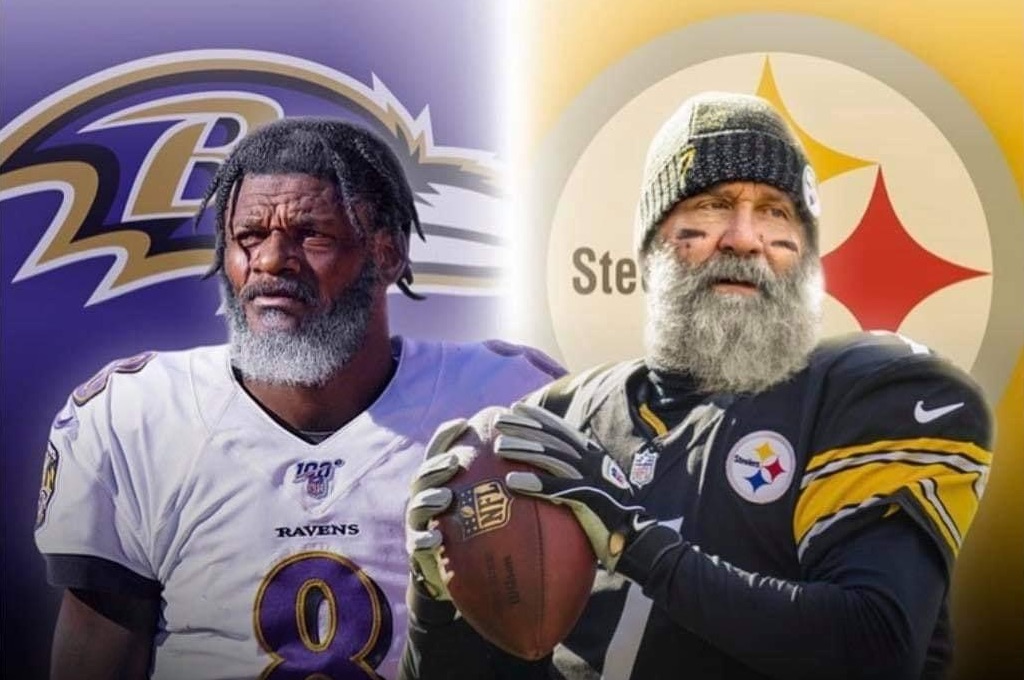 Steelers fans are frustrated. Apparently so too are some in the media who cover the team. And then there are those who dress in black and yellow on Sundays and Mondays, sometimes Thursdays, maybe on Tuesday but it could definitely maybe, be a Wednesday – they are anxious and champing at the bit to play.

Who could blame them? They are a 10-0 team and they looked forward to the Thanksgiving Night showcase when everyone would have talked about how great the Steelers are, how they forced Lamar Jackson to cough up four turnovers earlier this season, and how an aggressive Pittsburgh front seven might make mincemeat out of the Ravens offensive front.

Their fans wanted to bask in the glow – to snap out of a tryptophan-induced hangover and ponder the possibilities of an undefeated season and a Stairway to Seven. How intoxicating those thoughts must have been only to have the league snatch it all away due to the collateral damage of a pandemic. How dare they spoil a Yinzer Wonderland!

The Steelers media – well, a few have become laughable and one even suggests a diabolical plot by John Harbaugh to force a Week 18, broaden the playoff format to 8 teams per conference so that the Ravens might be able to punch the postseason dance card. And the Yinzers, like sheeple, buy this garbage like supermarket checkout gossip and spew it to each other as if it is reality.

To recap, the Ravens prevented the Steelers from playing a game…

I’m not suggesting this was intentional by the Ravens, but if you were a borderline playoff team in the standings, your archrival had a lead on #1 seed/only bye, & you knew contingency for a ppd-to-Wk18 game was addition of another playoff team and elimination of the bye… 🤔

Hey @steelers players, if your beat guy @MarkKaboly here, gets his way, you don’t get paychecks this week. https://t.co/xkeYs0WzRQ

meanwhile SF is forced to play without half their roster

we know the season is crazy but at least try to make it fair, NFL

A positive COVID test means a 10-day isolation period in the NFL. You know when 10 days wouldn’t have yet been up? Tonight, at 8pm. https://t.co/b25FqlV6Bq

OK, here’s my deal: I just wrote a column about this. It’s unkind. It’s aimed at a lot of people, principally one.

Only from now till 9 p.m., it’s free and open to all. After that, like the NFL’s integrity, it just vanishes!

Kovacevic apparently binge watches SyFy. This is what he’s serving up to the public. If you want more, you’ll have to become a member. No thanks. But you still can see his labeling of John Harbaugh as a “snake”.

Sometimes the snake itself can roll snake eyes.

That’s what John Harbaugh’s been doing for a week straight, figuratively speaking, and he’s somehow succeeded once, twice and now a third time in coercing the NFL into postponing the Steelers-Ravens game, presumably to Wednesday, 3:40 p.m., at Heinz Field.

If it suits him.

If his players don’t suddenly summon a vocal fear of participating, but only after a final round of testing clears all active Baltimore players and coaches of coronavirus. ~ Dejan Kovacevik

First the NFL takes away our bye week because another team can’t get their Covid situation together, now they take away our Thanksgiving primetime game for the same reason. Smh.

i’m not gone lie @NFL THIS IS BULLSHIT…

And lastly, a writer who covers the Broncos feels as if his team was slighted by the NFL…

Take this down. Spare yourself more embarrassment. Reclaim whatever reputation you still have. Pretend you were hacked. Blame your meds or liberals. Say it was your wonky auto-correct or Trump made you do it. Maybe @SouthwestAir can help you get away… https://t.co/CiZtMPYF6W

I won’t even bother with the Tweets from fans but let’s just say it could represent a gold mine for those who offer psychological healing.

As mentioned, I get the frustration. If the roles were reversed, Ravens fans and perhaps even some in the local media might respond to the thrice rescheduled game in the same way if the Ravens were 10-0. Perhaps some players might chime in too. Hopefully, we’ll never know. But what I do know, is that this coronavirus is real, it’s vicious. I weathered nearly two weeks from hell. I still feel lingering effects – I call it the COVID Hangover.

I don’t have underlying issues. I’m considered to be healthy. I’ve never had a surgery. Never been anesthetized. And this virus kicked my butt. I worried for a couple of friends who also were hit with it. They have elderly parents who do have conditions that could be severely compromised. The spread of this virus has to be controlled.

The NFL has worked diligently to manage the virus in order to present a full schedule of 256 games. To date, they’ve done a spectacular job but lately, the virus has gotten away from them a bit – symptomatic of society as a whole.

The Ravens outbreak is unprecedented in the world of sports and for the benefit of the league, the team is doing all it can to control the spread of the virus while promoting player safety. To do anything else is completely irresponsible and could put other teams at risk. At the end of the day, when the dust settles, I’m not sure why the self-absorbed crowd with ties to the Steelers misses the point. Collectively they’ve behaved like spoiled children because their 2020 season of excellence has been put on temporary hold. How dare a worldwide crisis interrupt their flow!

Ex-Ravens LB Bart Scott on the Steelers’ complaining about this week’s postponed game: “They come off sounding like children.” pic.twitter.com/zGd3G8r8T3

When you experience the virus, it can change you. My outlook shifted. I once viewed it as the flu and if you get it, you get it and you deal with it. That’s just selfish. I can see that now. This selfishness was brought to a head when a respiratory nurse (“Laura”) shared a story with me.

I learned that a man in his mid-30’s contracted the virus and from the way the story was explained to me, his attitudes towards the virus were very much like those I once endorsed. Eventually he infected his Mom who did have underlying conditions. She passed away, alone in ICU, unable to spend time with loved ones.

Before this lady died, she asked Laura to please tell her son that her then imminent death was not his fault – to not live with that kind of guilt.

Imagine being that son!

Life is more important than football. If everyone takes this virus seriously and follows proper protocols for the benefit of themselves and others, we can get out of this pandemic, together.

And then one day in the not-too-distant future, the Steelers, their fans and the media that covers them, nestled all snug in their pinewood scented man caves, while visions of a perfect season and a 7th Lombardi dance in their heads, can lament about how the Ravens outbreak disrupted the team’s momentum and ruined the fairytale.