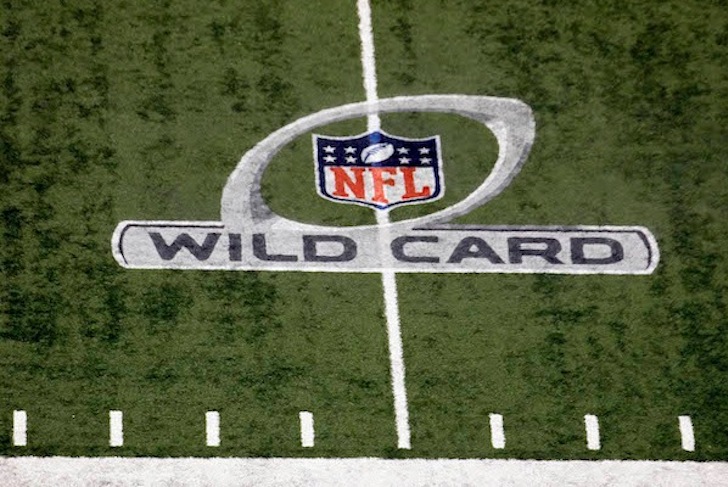 Week 14’s results were kind to Baltimore’s playoff hopes with two teams on the AFC playoff bubble finding themselves in the loss column on Sunday.

With Las Vegas falling to Indianapolis and Miami dropping their matchup with Kansas City, a Ravens win would put them a full game ahead of the Raiders and in a tie with the Dolphins at 8-5, but Miami would currently hold the seventh and final playoff seed due to tiebreakers. That’s one more team virtually out of the way on the path to a playoff berth.

Focusing on this matchup with Cleveland tonight, and after spending about 30 minutes on the ESPN playoff predictor while I watched Pittsburgh get embarrassed last night, I’ve come to a conclusion that scares me to write. Although it’s not officially a must win, I’m going to call it one. Let’s look at the ramifications for both a win and a loss.

As I said previously, a win puts Baltimore in a tie with Miami for the 7th seed. A week ago, Miami’s remaining schedule looked scary, but not so much anymore after their next two opponents, Las Vegas and New England, lost by combined scores of 68-30 in Week 14. They do still have to make the trip to Buffalo in Week 17 in a matchup of possibly the two most opposite cities that I’d like to live in during December.

Using that same logic, Baltimore’s remaining opponents (Jacksonville, Giants and Cincinnati) lost by combined scores of 87-24 on Sunday. If I were a betting man (which I am not legally allowed to be) I’d project a 3-0 close to the year for the good guys and at best a 2-1 finish for the Dolphins, likely securing Baltimore a playoff berth.

A loss tonight gives the Ravens a much tougher road to get to the postseason, and they’ll need some help, meaning either Miami dropping at least two of their last three or a historic collapse from Indianapolis or another current playoff team.

10-6 just isn’t going to cut it in a jam packed AFC playoff field this season. 11-5 is going to be necessary for the Ravens to reach the postseason for the third straight year, which begins with a win tonight in what is going to be the biggest game of the regular season.

Alright, let’s get to the game.

Battle in the Trenches

It’s no secret the Ravens’ pass rush was ineffective last week versus Dallas, but the group has a tougher matchup ahead of them tonight. Cleveland’s offensive line boasts the league’s 2nd highest pass block win rate of 71% as well as the 6th fewest sacks allowed, having given up just 17 in 12 games so far this season.

Baltimore has had an unlucky stretch of opposing offenses with either great protection or quarterbacks that get the ball out quick. While the former will remain true, the latter will not. With Baker Mayfield holding on to the football and staying in the pocket longer than average and Matthew Judon back this week to take some of the pressure and focus off of Yannick Ngakoue and others, I won’t be surprised to see the recent struggles from the pass rush end on Monday night and see the Ravens do what other teams have not been able to.

On the other side, I’m excited to see if Baltimore’s offensive line remains Brown-Bozeman-Mekari-Powers-Philips/Fluker, and if they can build off their strong showing last week when they beat up on a subpar Cowboys front.

Outside of Myles Garrett, whose 10.5 sacks are the third most in the NFL behind only Aaron Donald and T.J. Watt, opposing offensive lines have been able to find success against Cleveland’s defense. The Browns pass rush forces pressure on 18% of dropbacks, a QB hurry on 8% of dropbacks and a QB knockdown on 4% of dropbacks, ranking 30th, 24th and 32nd in the league respectively. Against the run, Cleveland’s 26% run stop win rate ranks 30th.

If they can keep Garrett’s impact to a minimum, it should be another good day from the guys up front.

The last of the bunch that remained on the reserve/COVID-19 list from the original outbreak were activated this past week, as Mark Andrews, Matthew Judon and Willie Snead will all play for the first time since November 22nd.

The biggest mismatch the Ravens should be able to exploit will be Andrews against a Cleveland defense that struggles to defend the tight end position. The Browns rank 7th in the NFL in yards allowed and 3rd in touchdowns allowed to the tight ends.

Lamar Jackson loved Andrews already, as his average of six targets per game is just slightly behind Marquise Brown’s 6.3 for highest on the team. Look for Jackson to find Andrews often over the middle of the field tonight.