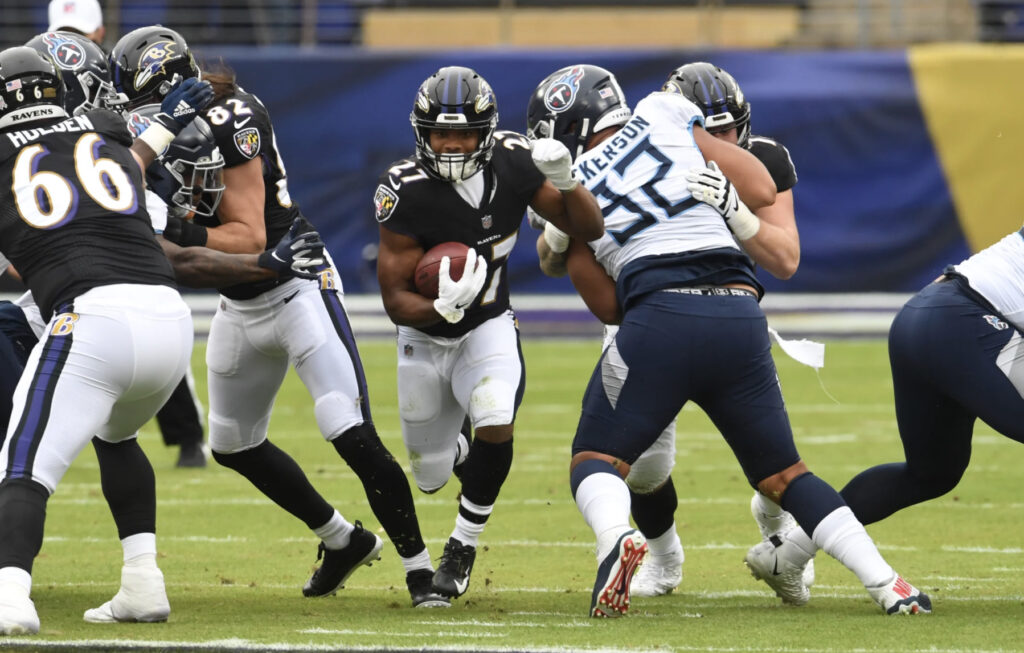 For most of us, it is the final week before the championship! What were some of your fantasy miracles & heartbreaks that made or broke your championship run last week? Pics or it didn’t happen. Let’s see some screenshots in those comments!

Before we get into it, really quick, I just need to acknowledge the outstanding calls we made last week! My headliners were calling for a Miles Sanders BOOM week and Adam Thielen having a BUST week. WE NAILED THAT SH*T! Across the industry, I could not find one analyst that agreed with my predictions for them. Everyone was preaching a Miles Sanders bust and Adam Thielen balling out in a plus matchup. I am super proud of those calls.

Aside from those, we hit on almost all of our other plays as well! Our worst call on the week by far was Kareem Hunt having a bad week. Bro was tearin’ up that Ravens D to the tune of 29 fantasy points.

We’ve come too far just to lose a week before the championship. Like sh*tting your pants just as you hustle over to grab the bathroom door. It aint gonna happen. Well, maybe occasionally. But not this time.

Dobbins continues to show his elite abilities as a rusher each and every week. This could be the week that we have all been waiting for where Dobbins has his breakout game. He is going against a Jags defense that lets up the 2nd most points to fantasy RB’s. To put the icing on the cake, the Jags give up the most points per game in the league (29.3). So The Ravens will get ahead in this one. I fully expect Dobbins to tear apart this horrendous defense. Calling it now: this WILL be his breakout game!

We still cannot trust the Jags QB situation, even with Gardner Minshew back at the helms of that offense. Especially against The Ravens elite secondary with the D-line likely at full health. Robinson is the only consistent piece of this offense, especially in PPR. He will get almost all of the carries and will receive a handful of targets. Not much upside here, but a safe play for the playoffs.

He looked phenomenal in his first start in the NFL. Hurts passed for 167 yards and a TD while avoiding throwing any interceptions and added a stunning 106 yards rushing. This week, Hurts will start against the Cardinals, who let up the 8th most points to QB’s and overall are a middle of the pack defense. I expect this to be one of the higher scoring games, being an electric matchup between two rushing QB’s.

I believe Hurts has shown enough to trust him this week and his rushing baseline provides safety plus some solid upside.

It’s not often we see a Ravens player on this list, but the matchup is too nice. Gus the Bus is a fine streaming option this week for all of the same reasons that Dobbins is our start of the week in the Ravens-Jags matchup. Gus continues to be the 2nd RB in this group and is involved every single week, especially on the goal line. If there is one reason why Dobbins doesn’t break out this week, it will be because Gus vulture his goal line TDs. As Ravens fans, we all know that any given week, Edwards is as solid a bet as any to score a TD. Averaging over 5 Y/C, he will make the most of the 7-10 carries he gets as well.

With Deebo Samuel sidelined this week due to injury, Bourne will see increased targets this week against the Cowboys’ dumpster fire of a team. Dallas gives up the 2nd most points to WRs and 2nd most points to opposing teams. Bourne has seen at least five targets in the last three weeks, so expect around 7-9 this week with Deebo out. He doesn’t stand out as one of those players that will score 20+ points, but a safe play for sure.

Da Bears defense is a tough matchup for about every position, except for TE. Da Bears let up the 3rd most points to opposing TE’s. Irv has made a case for himself as a reliable and talented receiving option for Kirk Cousins and with tough matchups for the perimeter WR’s, Irv should be looked at often and he is always a top option in the Red Zone.