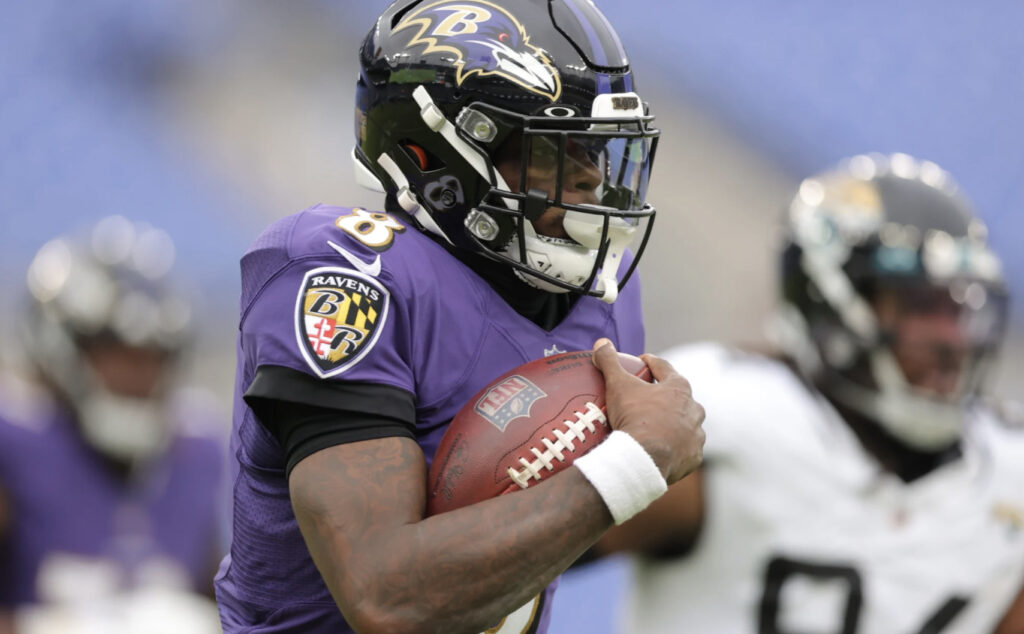 After a heart-stopping game against the Cleveland Browns, the Ravens had much less drama against the struggling Jacksonville Jaguars.

The Ravens had one of their most dominant performances of the season in the 40-14 victory, even though they were missing several key players.

Baltimore however, did not gain any ground on the teams ahead in the playoff race. Still, it was another boost of confidence heading into the final two games of the season.

The Ravens remain in the eighth spot of the seven-team postseason bracket. The Browns, Colts, and Dolphins each won their Week 15 games and hold the final three places.

Much could change over the next two weeks.

“We definitely have a plan. I commend our offensive coaches and our players,” coach John Harbaugh said. “We have a clear vision of what we want to try to do; the key is executing it – doing things the right way at a high level. So, we’ve had a chance to practice. We just have to keep getting better. We have to keep improving on the path that we’re on, and hopefully, we can do well next week. Every game stands on its own two feet, and we have to focus on our next challenge.”

The Ravens are playing their best football of the season. Over their three-game winning streak, they have run for 684 yards. Quarterback Lamar Jackson has also been efficient and threw for three touchdowns and ran for another score against the Jaguars. Jackson also appears to be playing with a new sense of energy and is having more fun than earlier in the season when he appeared to be pressing at times.

The Ravens will be heavily favored in their final two games against the Giants at M&T Bank Stadium and on the road against the Bengals.

The Browns (10-4) knocked off the Giants on Sunday and close out the season against the  Jets (0-13) and Steelers (11-2). Baltimore swept Cleveland and owns the tie-breaker.

The Colts (10-4) knocked off struggling Houston 27-20. Indianapolis finishes against the Steelers (11-2) and Jaguars (1-13). The Colts cannot slip because the Ravens will overtake them in the tiebreaker by virtue of a 24-10 victory in Week 9.

Miami (9-5) edged the Patriots 22-20 in Week 15 and have two road games against the Raiders (7-7) and Bills (11-3). However, Buffalo might be able to rest its starters in the finale. The Dolphins own the tie-breaker against Baltimore because of a better conference record.

The Ravens just need to take care of business and hope for the best.

“We’ve just got to keep focused on what we have in front of us,” Jackson said. “We’ve got the Giants in front of us, now. We’ve got to focus on those guys, get on the film, and watch those guys and pray next week, the ones we need to lose, lose, because we’ve still got to try to get to the playoffs – that’s our goal. But one game at a time. We can’t peak too soon.”