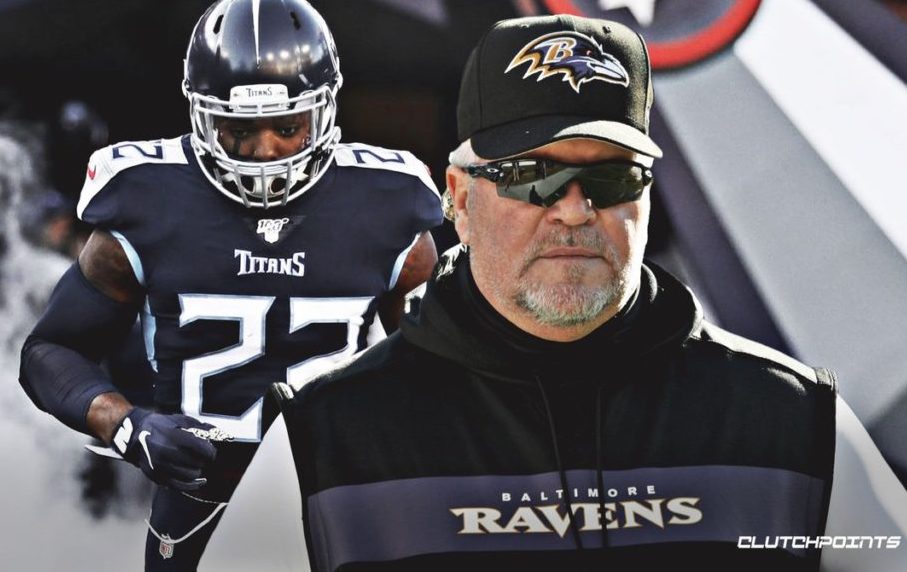 When you mention the Tennessee Titans to Baltimore Ravens fans, the first thing that comes to the mind for most, is Derek Henry. During the Divisional Playoff Game in January of 2020, Henry ran for 195 yards on 30 carries. He also threw a jump pass for a 3-yard score. Henry had 139 of those rushing yards in the second half.

During Week 11 of the 2020 season, the teams squared off at The Bank and naturally, Henry was the focus of defensive coordinator Wink Martindale. Early on Wink’s plan of attack worked. Henry was held to 37 yards on 13 carries in the first half. But once again, after halftime, the Titans mammoth tailback wore down the Ravens and eventually finished with 133 yards, including the 29-yard game winner in overtime.

But in that November 22nd clash, the Ravens were without Calais Campbell and Brandon Williams. Justin Ellis and Derek Wolfe were forced to play during 83% and 80% of the Ravens defensive snaps, respectively. This time around, both Campbell and Williams will be available and the Ravens might not wear down the way they did six weeks ago. The Ravens will also have a more experienced Justin Madubuike at their disposal, and, let’s not forget that the Ravens defense was on the field for less than 20 minutes in Cincinnati where they defended just 40 plays.

They will be relatively fresh.

HOW THE GAME WILL BE DETERMINED

The central narrative from most analysts covering this game will be directed towards the Ravens containment of Henry and the Titans capable play-action passing game guided by the steady play of Ryan Tannehill. But for my money, the game will be won and lost by how the Ravens offense handles the Titans defense.

Looking back at the Divisional loss one year ago, the Ravens moved the football well. They had 530 yards of offense to the Titans 300 yards and the Ravens punted just once. And while we tend to think of Henry as the reason the Ravens lost that playoff game, Lamar & Co. really only had themselves to blame. They lost the turnover battle 3-0; they were 0 for 4 on fourth down attempts; they had 36 more penalty yards than the Titans; and they were just 1 for 4 in red zone opportunities.

The red zone and penalties were also problematic this season when the Ravens were 1-4 inside the 20 and they were flagged for 37 more yards than Mike Vrabel and his merry band of trash talkers. This time around, the struggling Titans defense is there for the taking.

And let’s not forget that the Ravens have a fresh JK Dobbins. JK might not be the threat that Henry is, but he will be a huge factor in this game who the Titans will need to account for with defensive assets. They’ve yet to see a Ravens offense that employs Dobbins the way offensive coordinator Greg Roman does now.

This is the trilogy for these heavyweight combatants.

This IS the match-up the Ravens wanted.

It’s the one they got.

It’s the one they will have no choice but to deal with. Should they fail, welcome to another 12 months of chatter about how Lamar Jackson can’t win the big one.