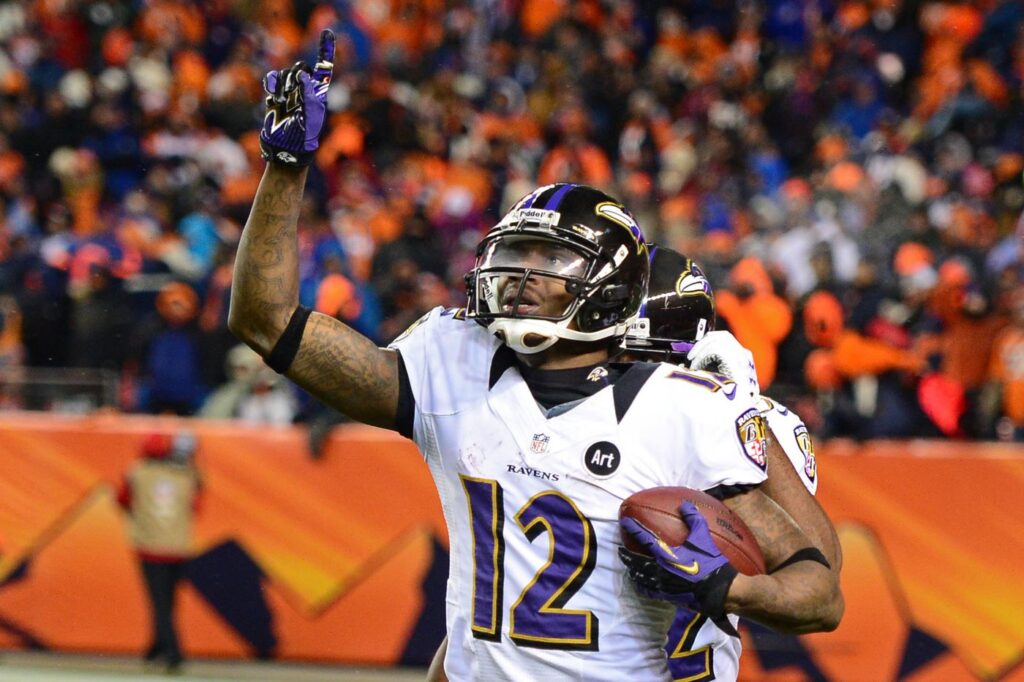 The Ravens visited what was then Sports Authority Field at Mile High to take on the Denver Broncos in the Divisional Round. It was a bitter cold day in Denver with temperatures hovering in the low teens, with a wind chill of 2 degrees for the 2:36 PM Mountain Time kickoff.

Just twenty-seven days earlier the Ravens were beaten soundly by the Broncos at M&T Bank Stadium, 34-17. The score was nowhere near indicative of the one-sided contest during which the Ravens trailed 31-3 when the fourth quarter began. Consequently, the Ravens entered the Divisional game in Denver as 9 point underdogs. Most thought the line should be even bigger.

We invited some friends over to watch the game and given what I do, I can usually sense that a few friends will pay attention to the way I respond to a game. A win makes my job easier. A loss? Well, you know…

Back then, I suffered from what I call Football Tourette’s. Moments of silence during which I would bury the internal turmoil that tortured my soul as part of an effort to mask my frustrations, only to be followed by an outburst that might remind some of “The Old Man”, Darren McGavin in Christmas Story, after an unsuccessful trip to the furnace.

The game was an exciting one with both teams trading blows and while the Ravens competed and hung tough, time and hope seemed to be running out as the Ravens faced a 3rd-and-3 from their own 30-yard line with 0:42 remaining, trailing 35-28. They had no timeouts remaining and the previous two plays produced just 7 yards while eating up 27 seconds of clock. Things looked bleak.

I slumped back on my couch contemplating the moment – preparing myself for the inevitable loss and Ravens football without Ray Lewis who had announced that he would retire following the conclusion of the season – a conclusion that seemed just seconds away.

The mood was solemn.

And then the Mile High Miracle happened. The house erupted with joy.

We looked at each other and asked jubilantly, “Are you f***ing kidding me?”

Fans in Denver asked the same although the context was “slightly” different.

Fast forward for a moment, to the offseason that followed Super Bowl 47. I was asked by Tim Richardson, then with The Sports Legends’ Museum, to host Justin Tucker for an interview to be presented to the museum’s members. During the interview, Justin and I covered a number of topics including his spot-on, hysterical impersonation of Ray Lewis. But my biggest takeaway was his response to one particular question.

I complimented Justin for his cool demeanor and ability to come through in clutch situations. And then I asked if there was ever a moment before a big kick, when nerves really got into his head.

Justin shared that the only time when he genuinely felt nervous before a kick, was just after Jacoby Jones’ reception of the Mile High Miracle. The touchdown made the score 35-34 and Justin knew that if he missed that PAT, the Ravens season was over and perhaps more importantly, Ray Lewis’ Last Ride would end abruptly.

Fortunately, Justin connected on that PAT. Fortunately, the Broncos decided to take a knee to kill the remaining 31 seconds of regulation, and fortunately, Tucker nailed the game-winning 47-yard field goal in double overtime to send the Ravens to the AFC Championship Game.

It was a play that will forever echo in the annals of Ravens history.

It was an event that all Ravens fans will fondly recall where they were and who they were with.

Where were you during the Mile High Miracle?

It was 8 years ago today…the Mile High Miracle. What were you thinking just prior to this unforgettable throw from @JoeFlacco to Jacoby Jones? pic.twitter.com/A4CV8SbQ04