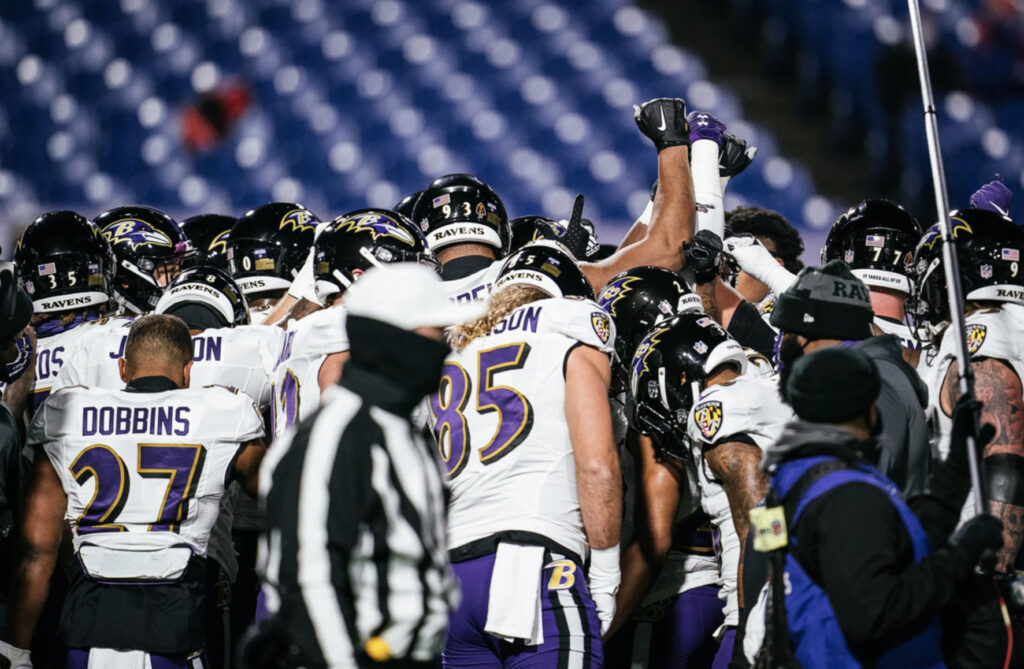 In early January 2000, I was driving to College Park for a huge college basketball game between Maryland and Duke, but the local sports airwaves were buzzing about the Ravens.

Even though the Terps and Blue Devils were playing in an ACC battle with national repercussions, they were overshadowed by the Ravens, who didn’t even make the playoffs.

In his first year as the head coach, Brain Billick had led Baltimore to an 8-8 record, the first non-losing season in franchise history.

The Ravens won four of their final five games and only a 20-3 loss in the regular-season finale kept them from finishing above .500.

It was a watershed moment in the history of the franchise because the bar had finally been raised. The Ravens’ fans suddenly had high expectations, but more importantly hope, for the franchise.

The following year, the Ravens won their first Super Bowl and the team has been mostly competitive ever since, becoming one of the league’s most successful, well-run organizations.

So, it’s understandable there is widespread disappointment following the 17-3 loss to the Buffalo Bills in the divisional round of the AFC playoffs. The Ravens were outplayed and outcoached by a team that is better than them this season.

Frustration over losing in the second round of the playoffs is a good place to be.

The Ravens are going to reload this offseason. General manager Eric DeCosta has likely already put together a strategy for moving forward.

The biggest priority is signing a playmaking wide receiver that can create matchup problems throughout the game. The Ravens also need to improve their pass blocking on the offensive line.

Quarterback Lamar Jackson also needs to get better at throwing the ball outside the numbers and converting plays downfield because the Ravens cannot solely rely on their running attack to win games.

After the next several days and weeks, it will become clearer that the 2020 season was largely a success. The Ravens overcame massive challenges with COVID-19 and ended the regular season on a five-game winning streak to earn the No. 5 seed in the AFC playoffs.

Baltimore fell short of reaching its ultimate goal of winning the Super Bowl, but the players and coaches will not back down from that challenge next season.

“To get to the [AFC] Championship game, you have to play two really great games, and things have to bounce your way,” coach John Harbaugh said. “I feel like what we’ve been through as a football team, the road we traveled this year, the challenges that we faced, all well-documented, I feel like our guys handled them with toughness and with grace. They were positive, and they just came to work every day.

“They’re a joy to be around, man. They were into it, and they fought. They fought even today; when we weren’t at our best, we still fought. I’m very proud of them. We’ll hold our heads high walking out of here and into the offseason.”

Baltimore took down rival Tennessee 20-13 in the wild-card round, providing Jackson with his first career playoff win.

The Ravens have several critical decisions to make over the next couple of months.

The 2021 roster will slowly come into focus throughout free agency and the NFL draft. Once training camp rolls around, the Ravens will be among the favorites to compete for a Super Bowl once again.

There is a lot of work ahead to be in a position to win a championship. But the infrastructure is in place to meet the goal.

So, in the short term, there will be disappointment about the latest loss in the playoffs.

The Ravens don’t shy away from lofty expectations.

“We didn’t do enough,” tight end Mark Andrews said. “We’ll come back and work. We’re going to all work hard. This is going to be fuel for the fire, and [we’ll] be ready to go. We’ll remember it.”