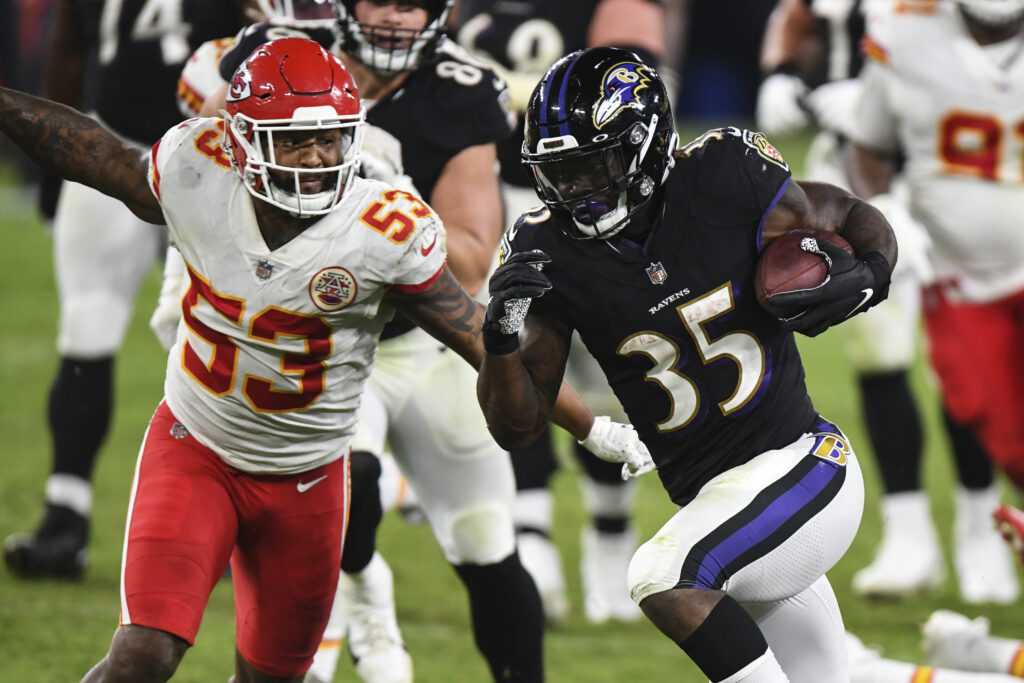 Despite being beaten in a convincing way by Tampa Bay in Super Bowl 55, the Kansas City Chiefs are still the team to beat in the AFC.

Since being thumped 31-9 by the Buccaneers, many analysts have concluded that Tampa defensive coordinator Todd Bowles created the recipe to beat the Chiefs. And while that might be true to a certain extent, the recipe needs the right ingredients.

The Bucs have an active front four that has the ability to harass opposing quarterbacks without the assistance of blitzers. They have fast linebackers who are sure tacklers and possess the ability to cover in space. So, it stands to reason that getting after the quarterback with four, limiting crossers that the Chiefs run so effectively which give their speedy receivers opportunities for yards after catch, AND…playing safeties deep to mitigate, quick, deep strikes, all adds up to a sound strategy to control Patrick Mahomes.

But you still need the personnel.

Some might say that the Ravens’ best offense against the Chiefs is a great rushing attack. But that rather one-dimensional approach might work on paper, but in reality it fails. The Chiefs sell out to stop the run, force punts and their quick strike offense gets the ball back. If the Ravens are going to get past the Chiefs, not only do they need to need to employ the Bucs’ approach, Eric DeCosta is going to have to shop for ingredients that defensive coordinator Wink Martindale can cook with.

The challenge for DeCosta will be to do so with limited salary cap funds while at the same time not ignoring the needy offense. And the reality of the situation is that to do it right, this really is a two year project for the Ravens GM.