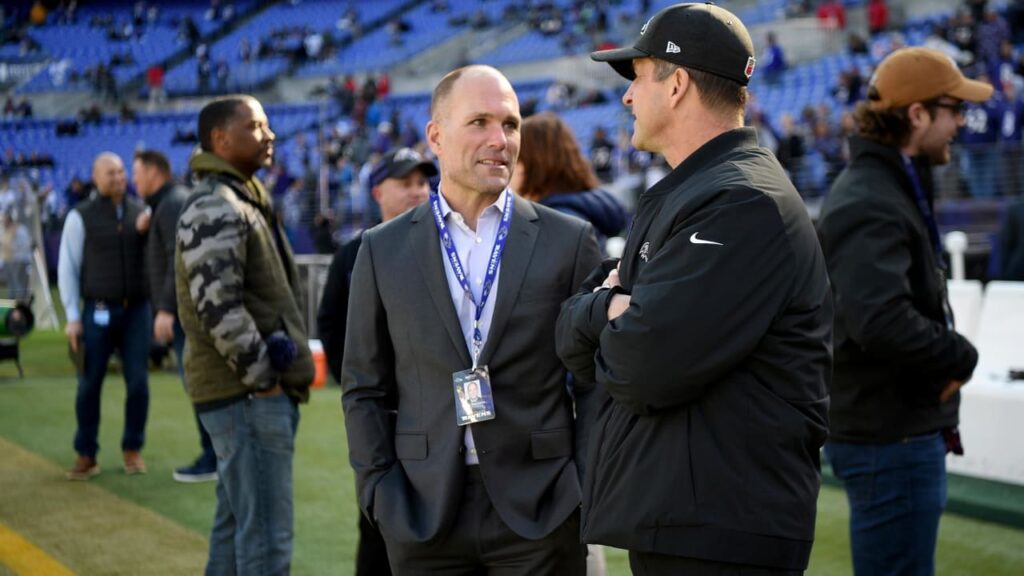 The Ravens have systematically added some building blocks to get ready for the 2021 season.

While the fanbase has grown impatient about not signing a marquee unrestricted free agent, general manager Eric DeCosta has a strategy and he’s not going to deviate from the plan.

The players are apparently on board with the direction of the team.

3/ The Ravens presently have ample Cap space to make moves, so they do not have to do any more restructures at this time, but they may have to in the future if they have more signings. It's also possible that they have done some restructures that haven't hit the NFLPA yet.

As it stands, the Ravens have $17,850,950 in salary-cap space, according to Russell Street Report’s Brian McFarland.

Much of the focus this offseason has been adding a playmaking wide receiver, but the market grew thin quickly. Some of the top names are off the board:

The Ravens hosted Sammy Watkins this week, but he has other suitors, including the Colts and Titans. His injury history might preclude DeCosta from offering him a huge deal.

[Related: How Would Watkins fit in Baltimore? – Q&A with a Chiefs Blogger]

As a result, the Ravens could look to add a playmaking wide receiver in this year’s draft, which is loaded with talent. It also fits into their long-term strategy of developing their own players, but that has been a challenge at that position.

The Ravens also need to add an effective edge rusher, but that appears to be less of a priority in the free-agent market because the team has not aggressively pursued any of those players. The top remaining unsigned players include Jadeveon Clowney and  Melvin Ingram III. The Ravens let Matt Judon (Patriots) and Yannick Ngakoue (Raiders) sign with other teams, so that’s definitely a position the team is discussing behind closed doors.

DeCosta has made a slew of moves this offseason.

The team signed guard Kevin Zeitler, who was released by the Giants, and acquired tight end Josh Oliver via a trade with Jacksonville. The Ravens also re-signed several of their own players, consisting of Pernell McPhee, Tyus Bowser, Chris Board, Justin Ellis and Derek Wolfe.

DeCosta has always preached patience and the Ravens will be building their roster throughout the offseason. Thanks to Peters, Campbell and Williams, the team now has some more money to spend.

The only certainty is the 2021 Ravens are a work in progress.

More exciting days are still ahead.