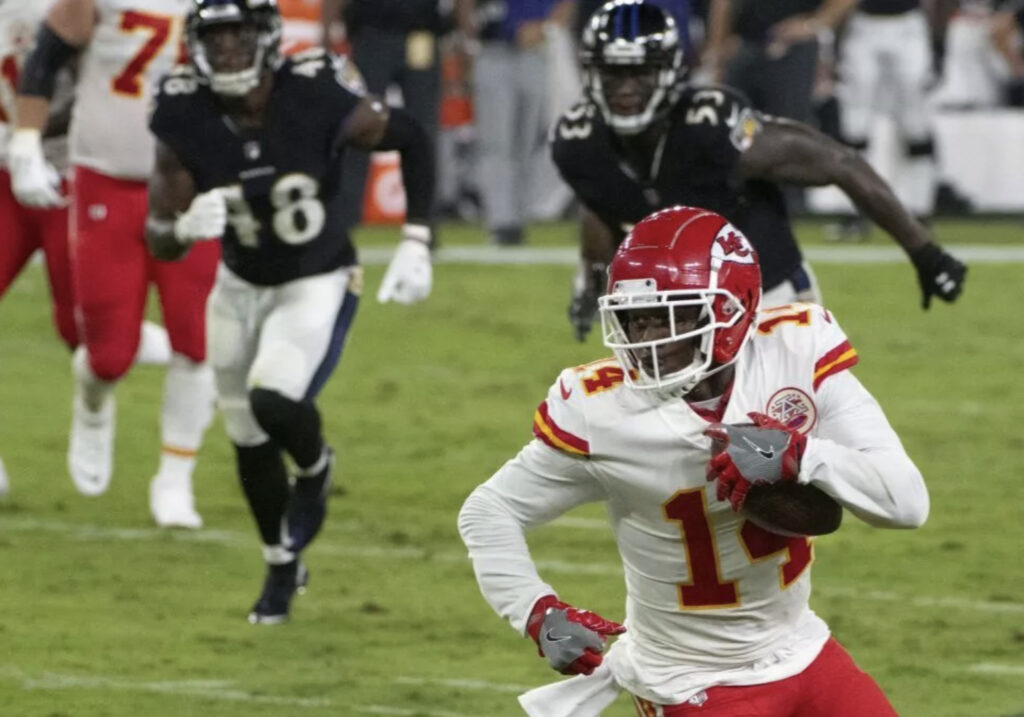 The Ravens & free agent WR Sammy Watkins have agreed to terms on a one-year, $6M contract, per several reports.

Fair deal, a 27 year old player gets to play for his next contract in B'more, the #Ravens WR room improves & it takes some pressure off the team to use their No. 1 pick on a WR. The receivers room is far from finished. Sammy isn't THE answer, just part of a solution. #StayHealthy https://t.co/SczKMeViaM

I know he’s a not as explosive of a signing as many would have wanted, myself included, but I actually love this signing for Baltimore. Watkins had his best season in a Greg Roman offense, he still has the ability to impact a game, and it isn’t a particularly expensive contract. That said, the Ravens do still need to prioritize getting a true outside threat.

Since it’s a 1-yr deal, the gtd money is likely his Signing Bonus and salary, so his Cap # would be $5M. If so, the other $1M would incentives, which would probably be NLTBE and would not count on the 2021 Cap. But, TBD, until the full details are disclosed. https://t.co/08E1thcEd1

I said before free agency started that Watkins would be a likely candidate based on affordability. Just like every off-season Ravens fans were clamoring for all the high priced receivers like always.  That’s not how the Ravens operate and fans should know that by now. Sammy Watkins is great receiver when healthy and that will be the issue. Will he stay healthy?

I’ll get killed (again) for saying this: Sammy signing is enough for me to not feel pressed to pigeonhole WR in R1 or R2.

If BPA warrants it? Great!