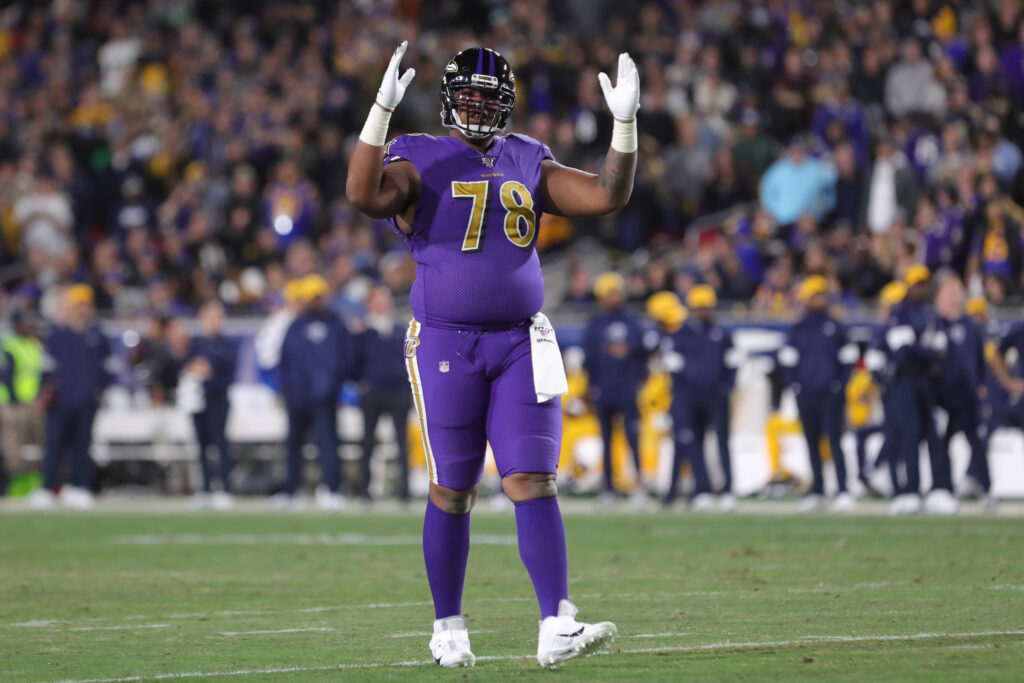 Orlando Brown, Jr. has made it clear that he would like to be traded, but the closer we get to the NFL Draft on April 29th, the less likely a trade will happen. The Athletic’s Jeff Zrebiec wrote about it yesterday and since then more information has surfaced. Word is that it’s not the trade compensation that the Ravens are looking for that’s holding up the deal, but instead the compensation that Orlando seeks for his bank account. Brown is looking to top the mammoth contract signed by Trent Williams’, 6-year, $138M deal that includes $55.1M in guarantees. In other words, Orlando will be the Ravens right tackle in 2021.

The Ravens recent negotiations with wide receiver T.Y. Hilton feel through. The deal the Ravens offered included $16M in guaranteed cha-ching, yet Hilton opted to take less to stay with the Colts. There is some speculation that Steve Smith, Sr., a long time mentor of Hilton’s, may have discouraged the Colts receiver from making the move. You may recall that Smith has been a ruthless critic of Ravens offensive coordinator Greg Roman.

Most believe that the Ravens need to boost their pass rush and a player the Ravens made a push for last season, Jadeveon Clowney, remains available. Recently, Clowney visited Cleveland and despite the Browns enthusiasm and means to sign Clowney, he left Cleveland without a contract. One of the sticking points is that Clowney has requested that any new suitor not require him to attend OTA’s and the majority of training camp and he has also been adamantly opposed to dropping into coverage. He wants his focus to be the quarterback and setting the edge. According to Clowney, dropping into coverage increases his risk of injury. 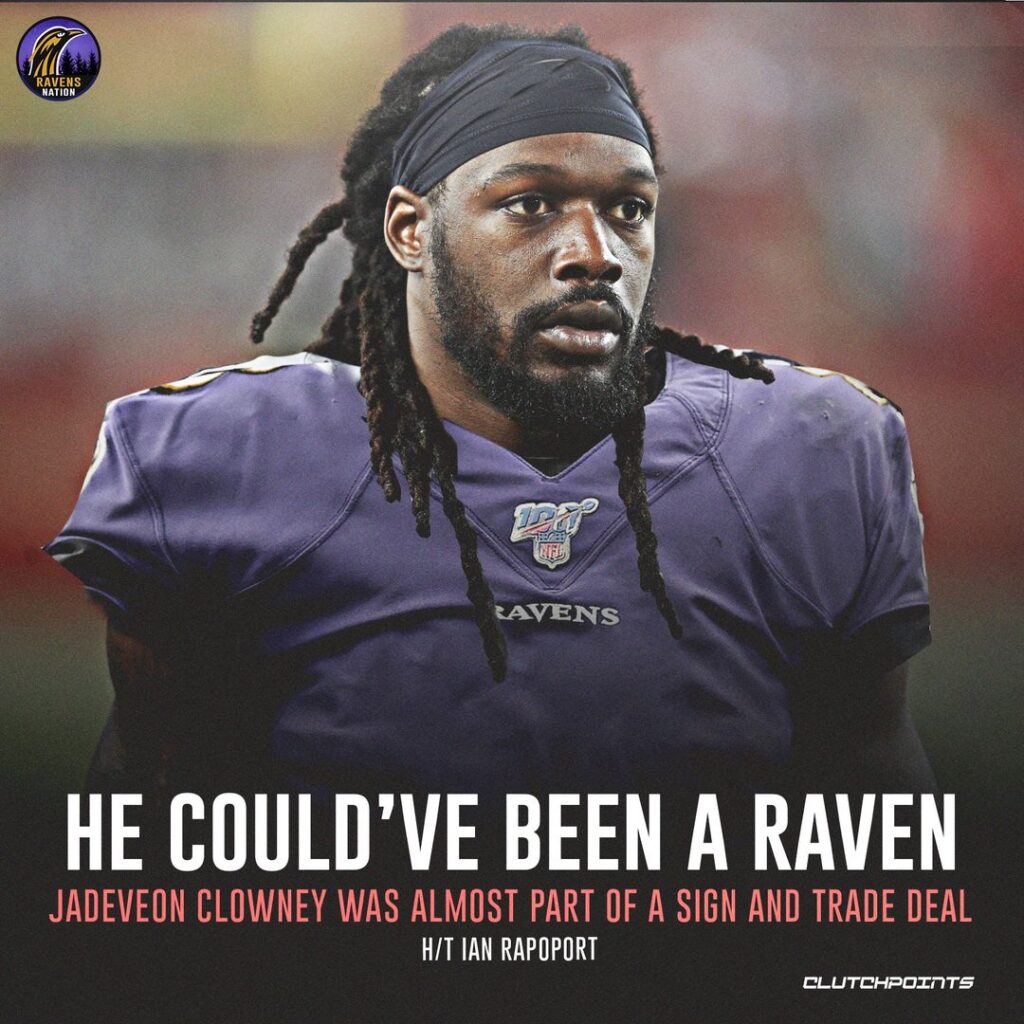 Robert Griffin, III spent 3 seasons in Baltimore. As a Raven, RGIII attempted 58 passes, completing 33 for 288 yards, 1 TD and 4 interceptions. Add it up and his passer rating was a putrid 47.2. That said, Griffin still yearns to be a starter in the league and he just might be returning to the team that made him the second overall pick in the 2012 NFL Draft. The Redskins are reportedly interested in RGIII as a backup. Despite his ambition, Griffin appears to be amenable to the idea because his wife, Grete (great-ah), is a native of Estonia. Apparently Grete aspires to be interested in becoming an international correspondent.

Speaking of backup QB’s, Joe Flacco has landed at home with the Philadelphia Eagles and many believe it is the perfect spot for the Ravens Super Bowl 47 MVP. Starter Jalen Hurts is barely established and it would surprise no one if Jalen gets the hook in favor of Joe at some point during the season. But Joe’s lack of mobility matched up with a weak offensive line could become an issue. That’s why Flacco considered other teams one of which surprisingly was the Ravens. But the bad blood between the Ravens front office and Flacco’s agent Joe Linta, ultimately dashed any hopes of a Baltimore reunion.

Another Philadelphia to Baltimore connection is TE Zach Ertz. Last season GM Eric DeCosta attempted to bring Ertz to Baltimore via trade and the Ravens have continued their pursuit of Ertz. The feeling amongst the Ravens brain trust is that Ertz would be a terrific complement to Mark Andrews and he could be a less expensive successor to Andrews should extension talks remain unproductive. Andrews and the Ravens are apparently far off in their negotiations which have stalled for the time being. As for Ertz, there’s some push back because Zach’s wife isn’t keen on a move to Charm City. This remains a fluid and developing situation. 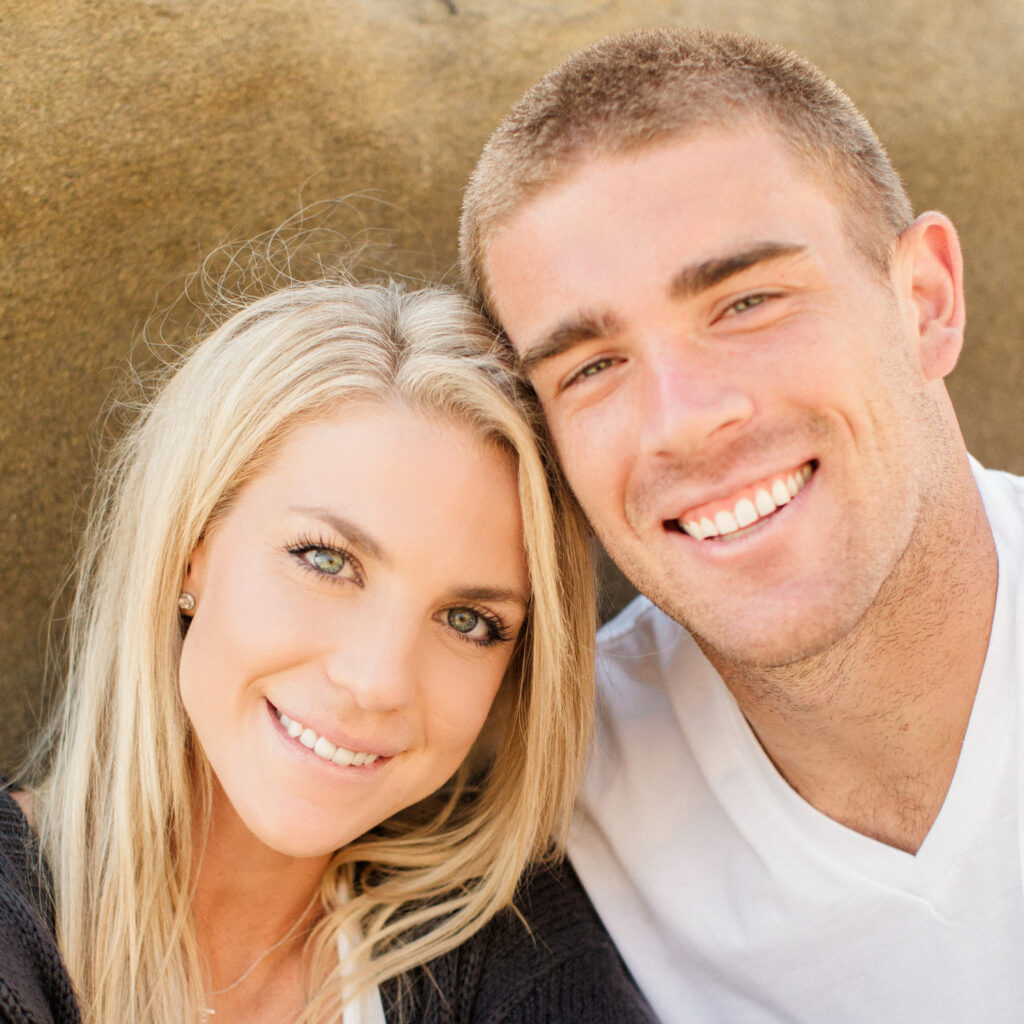 Schedules will be announced in about 3 weeks and Ravens fans are champing at the bit to get back to The Bank. The Orioles host the Blue Jays on Sunday, September 12 so we all know what that means – the Ravens will open the 2021 season on the road. A New York based source who works at league headquarters on Park Avenue, has hinted that the Ravens will host three prime time games this season – a Thursday night, Sunday night and Monday night game, one of which will be against the Browns. The Thursday game is rumored to be against Justin Herbert and the LA Chargers. A fourth prime time game is likely to take place at Heinz Field. Somewhere Cris Collinsworth is smiling.

The Ravens will finally wear their throwback jerseys – those from 1996 when they host the Green Bay Packers. The team has tried to do this in the past but the lawsuit over the former logo was said to be a hang up. Frederick Bouchat who filed the suit, has given the team permission to re-employ the logo in exchange for four club-level seats at the game. 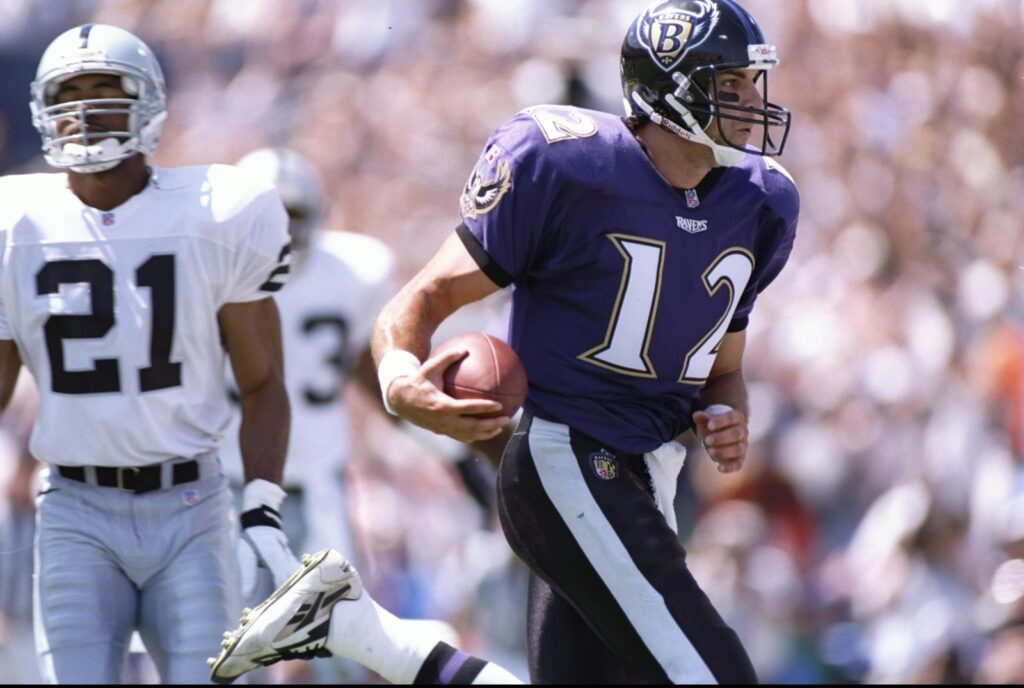 1 Sep 1996: Quarterback Vinny Testaverde #12 of the Baltimore Ravens runs off the field after rushing for a touchdown during the Ravens 19-14 victory over the Oakland Raiders at Memorial Stadium in Baltimore, Maryland. Mandatory Credit: Doug Pensinger

Finally, you are all aware that 98 Rock is the Ravens FM flagship. Well they are about to dive into sports broadcasting in a much bigger way. Given the way audiences worldwide consume musical content these days through aps like iTunes, Spotify, etc., 98 Rock’s ratings have tanked and their owner, Hearst Broadcasting, has made the decision to take on 105.7 The Fan. The format will be more engaging and less monotonous than The Fan’s. Among those being considered as talk show hosts are Scott Garceau, Pete Gilbert, Brookeville, MD native Scott Van Pelt, Calvert Hall alum Mel Kiper, Jr., former Ravens exec Phil Savage and former Orioles skipper Buck Showalter.

For more information, just say to Alexa or Siri, “tell me some more April Fools jokes”.