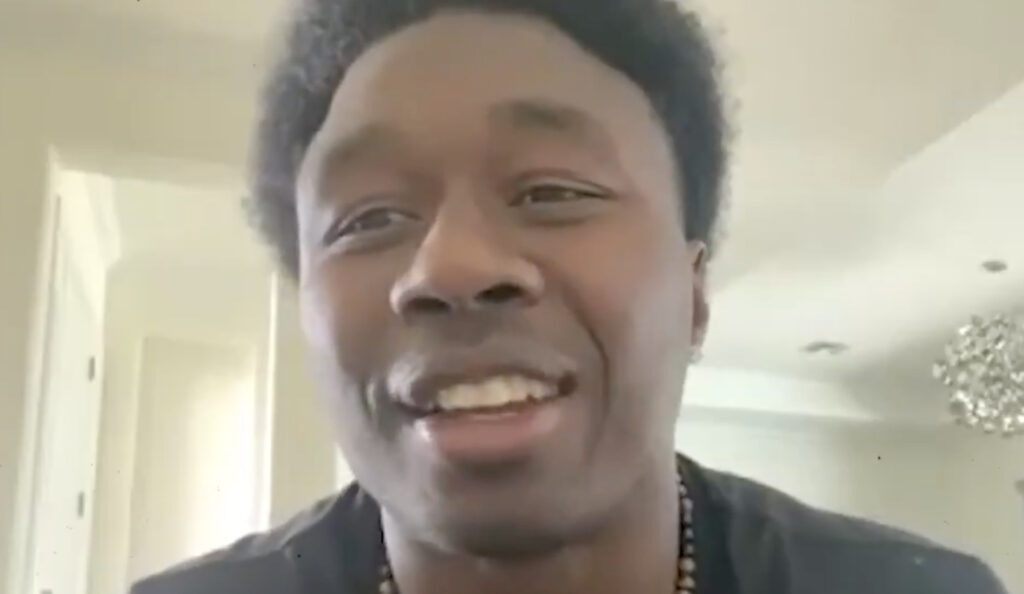 Sammy Watkins was confident, candid and excited when he talked about joining the Baltimore Ravens.

The veteran wide receiver signed a one-year, $5 million contract that has an additional $1 million available in incentives late last month. Watkins is already looking forward to playing well enough to extend his time in Baltimore beyond 2021. And if enthusiasm mattered, fans should rush to use pointsbet promo code nj and bet on Sammy crushing his performance incentives.

“It’s just one of those feelings where you know it’s home, and you make the best decision,” Watkins said. “And hopefully, you’re looking, kind of, for the future [and that] I have a great year here, and hopefully, I can maybe do another contract there and end my career there.

“That’s where my mindset was, with just how amazing the meeting was with everyone there. So, just really, I’m focused on staying healthy, and hopefully, I can get this thing going on the right foot and play my best football for the Baltimore Ravens.”

The addition of Watkins did not create a huge buzz among Ravens Nation because he has battled injuries. Watkins only played an entire 16-game season once over his seven-year career — as a rookie in 2014.

However, he’s ready to take the necessary steps to stay healthy in Baltimore by working closely with the training staff.

Watkins can be an impact player when he avoids injuries. He also provides quarterback Lamar Jackson with the versatility to play outside opposite of Hollywood Brown or line up in the slot.

The Ravens also offered Watkins the opportunity to be reunited with Greg Roman, who was his offensive coordinator with the Bills, and Keith Williams, his former personal coach.

Watkins had the best season of his career in 2015 with Williams in Buffalo when he finished with 1,047 receiving yards and nine touchdowns.

Watkins is looking to recapture some of that magic.

“For me, I know he doesn’t get all of the accolades and Greg isn’t [considered] up there with all the other ‘high’ offensive coordinators, but when I was in Buffalo, I had my best times with him,” Watkins said. “I know that he’s going to do a [good] job of getting the ball not only in my hands, in the hands of] Hollywood, whatever receivers that we draft, or whatever receiver that is there. And Lamar is going to have fun throwing the ball around, passing, and just making plays. I think that’s the most critical thing.”

The signing of Watkins was a quintessential move by GM Eric DeCosta. The veteran wide receiver has a low-risk, high-reward deal and he will add some swagger to the offense.

Watkins also focused on Baltimore when he became a free agent. It’s a perfect match that has the potential to take the Ravens to the next level.

“There was one team that stuck out, and it was the Ravens and Lamar Jackson,” Watkins said. “I heard too many great stories about just the team and the history of Baltimore. But I think when they hired one of my favorite guys that I train with in the offseason, [pass game specialist] Keith Williams, and of course [offensive coordinator] Greg [Roman], the offensive coordinator who I worked early in my career at Buffalo, it was like, ‘Man, this will be a good fit.’

“They have a great team, and I think that they’re trying to get over that hump. I think it’s a great matchup for me and what I want to basically do, as far as my career, and what type of team I want to play for.”