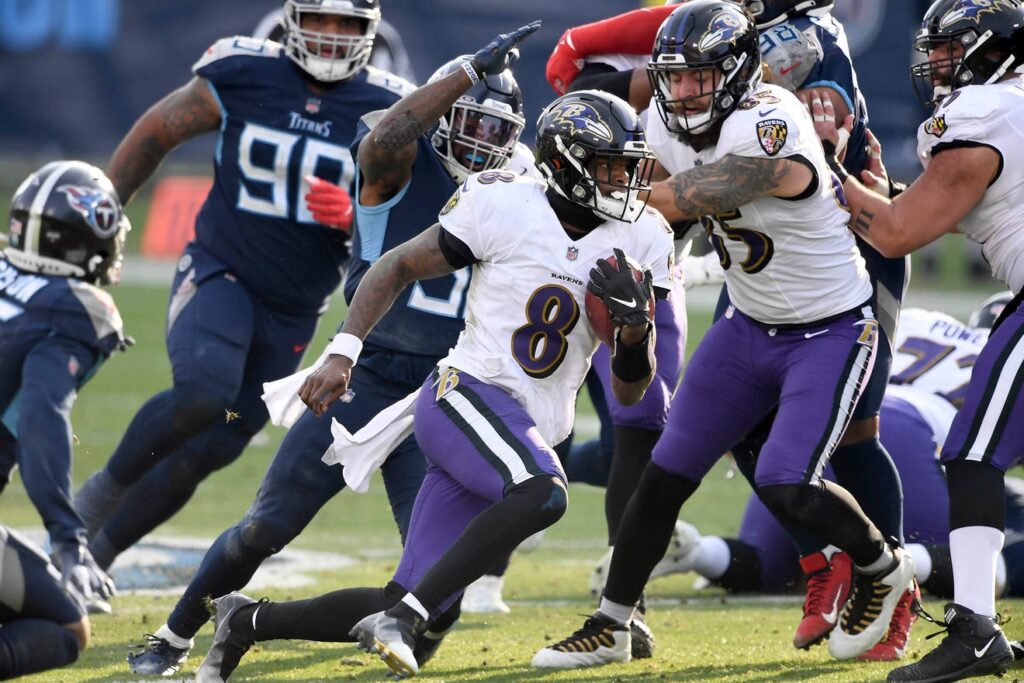 The Ravens have no trouble getting into a shootout with opponents during the regular season.

The success coincided with Lamar Jackson taking over the job as the starting quarterback midway through the 2018 season.

Over the team’s final seven games with Jackson as the starter that year, the Ravens had an NFL high 1,607 rushing yards (229.6 ypg) well ahead of second-place Seattle (1,190). The Ravens also ranked No. 1 in time of possession, holding the ball for an average of 32:17 per game.

The following year, Baltimore ranked No. 1 with 33.2 yards per game and 531 total points and set the single-season rushing record with 3,296 yards.

Last season, the Ravens ranked seventh with 29.3 points per game and 468 points behind the NFL’s top rushing attack again.

“We’ve spent the last two and a half years or so building, probably, one of the most creative run games in the history of the National Football League, to be honest with you,” Harbaugh said. “I don’t want to overdramatize it, but it’d be pretty hard to argue against that. And probably the most successful. So, we’re certainly very happy about that, and now we want to bring that pass game along as well. It’s hard to do everything at once.”

While the Ravens scoring offense and rushing attack have led to three consecutive playoff appearances, the inability to have a dynamic pass attacking has inevitably caught up with them. And  that must change in order for the oddsmakers at BetMGM West Virginia to place them among the league’s favorites to win Super Bowl 56.

Here’s how the Ravens offense has fared in the postseason over the past three years.

Offensive Ranking: 12 out of 12 teams

The Ravens want to find more balance on offense and the passing attack needs to complement the running game.

Watkins is confident the Ravens have the infrastructure to get the passing game on track. However, the focus remains on winning games.

“If we can line up and Lamar runs the ball and let all these other great running backs in the backfield tote us to the playoffs or, hopefully, the Super Bowl – I’m down for it,” Watkins said. “But I’m pretty sure they’re definitely trying to fix the passing game. It would definitely be fun to go in there, incorporating passing and letting Lamar [Jackson] show the ability that he does actually have in the passing game. That’s kind of what I want to come into, and hopefully, we get that job done.”

GM Eric DeCosta is finding ways to upgrade the roster for short-term success while not jeopardizing the future.