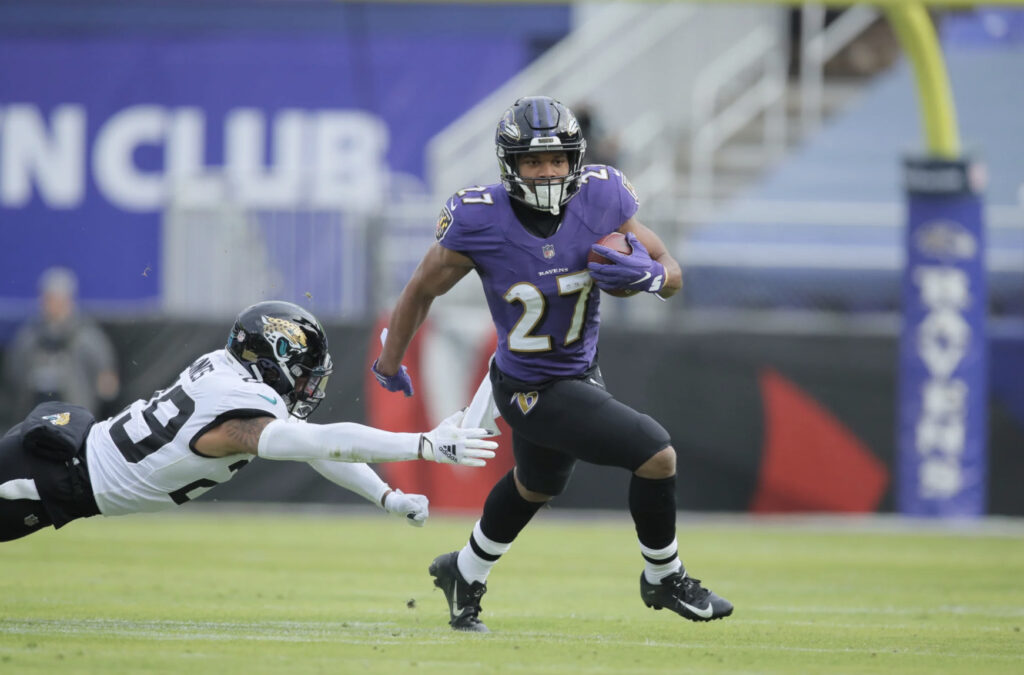 The only Ravens player that faces higher expectations than Lamar Jackson is running back J.K. Dobbins.

The former second-round pick from Ohio State had a stellar rookie season, leading all of the team’s running backs with 805 yards on 134 carries. Dobbins also recorded a rushing score in seven consecutive games (nine scores overall), including the wild-card playoff game against Tennessee, which tied for the second-longest streak by a rookie in NFL history. 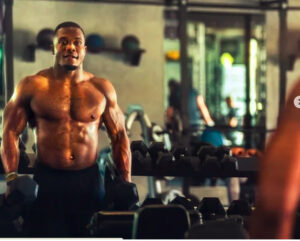 GM Eric DeCosta had not even planned on selecting a running back last year before Dobbins fell into their lap. He was too good of a playmaker to ignore.

That proved to be a shrewd decision by DeCoata because Mark Ingram battled injuries, which would have left the Ravens short-handed without Dobbins.

The combination of Dobbins and Gus Edwards (723 yards rushing), in addition to quarterback Lamar Jackson (1,005), helped the Ravens lead the NFL in rushing for a second consecutive season.

The Ravens are so confident in Dobbins that they parted ways with Ingram this offseason.

The latest projections by ESPN NFL Prognosticator Michael Clay has Dobbins running for 1,096 yards with 10 touchdowns next season.

Dobbins has worked hard judging from the photos he posted on social media. He’s added more muscle and appears laser-focused on carrying the load for the team.

Dobbins did have some challenges with drops attempting to catch passes out of the backfield. He had a critical bobble in the playoff game against the Bills that would have led to a key first down. After the game, Dobbins sat dejected on the bench by himself.

His teammates, however, did not lose any confidence in his potential.

“I go over to him and I’m like, ‘Hey, man. Listen, you had a phenomenal year. Your rookie year was amazing. You’re going to have a great career. Let this hurt. This is supposed to hurt. Let it hurt,’ ” fullback Pat Ricard said. “You’re going to have a great career. Just let this one hurt and just try to move on from it.’ I mean, for him to start this year and kind of have … The touches were kind of spread across our offense and he was getting his touches here and there.

“But once he really started to get more touches in the game [and] started to get more confidence, we all started to see who J.K. Dobbins was. I think moving forward now for him, I think he has his foundation of, ‘OK. I can be a great running back in this league, because I know that it’s in me.’ I think that if he has a great offseason and just learns from everything, he’s just going to start taking off and just get better and better. I’m excited.”

Dobbins will get support from Edwards, who re-signed with the team on a one-year, $3.3 million deal this offseason.

“He can block, [and] he can run the ball well. He can do a lot of things, and that guy is a good player,” Dobbins said about Edwards.

But this is where the situation gets a bit tricky.

The Ravens need to consider their depth behind Dobbins and Edwards.

Can they rely on Justice Hill to fill the void if there is an injury?

Over two seasons, Hill has run for 285 yards on 70 carries (4.1 ypc) with two touchdowns. Hill has been stout on special teams.

The Ravens could look to add another running back in the late rounds of the draft, especially if a talented player falls to them again.

The team is anticipating that Dobbins will build on that stellar rookie year.

He certainly is embracing the challenge.