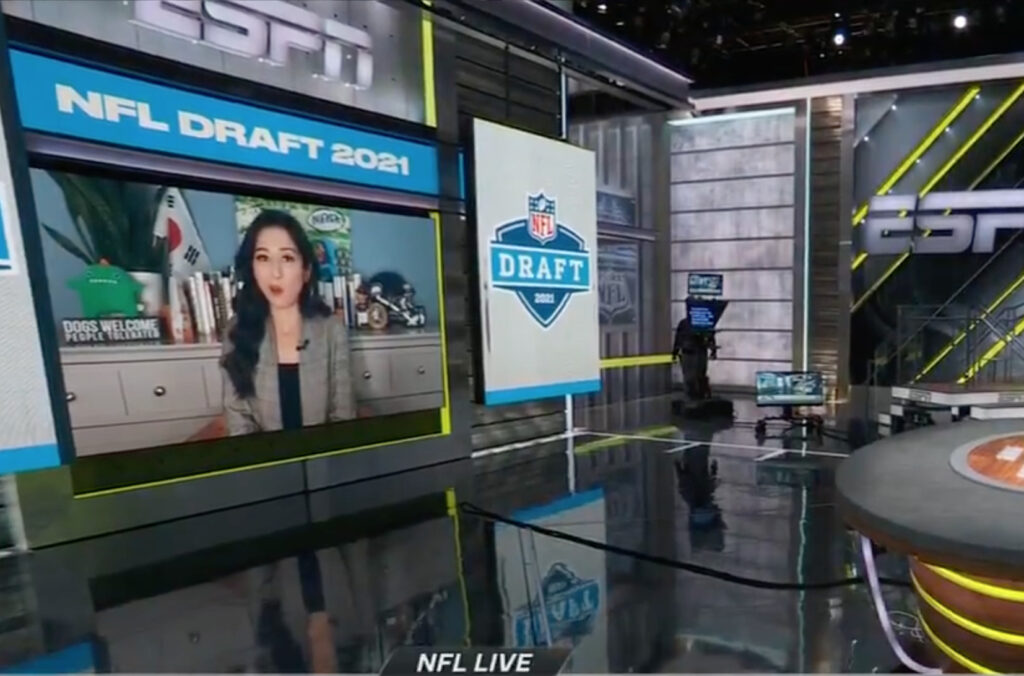 This quote from Eric DeCosta during yesterday’s Pre-Draft Presser triggered quite a stir amongst the local and national media.

“I’m aware that there’s some fan discontent with our wide receivers in our drafting and all of that. But in general, I look at our record and how we win games and how we play football. I’m proud of the team. I know Coach [John Harbaugh] is proud, and I know [director of player personnel] Joe [Hortiz] is proud. We have some really good, young receivers. It’s insulting to these guys when they hear that we don’t have any receivers. It’s quite insulting. I’m insulted by it, too, to be honest.”

ESPN’s Mina Kimes, was perhaps the most balanced response from DeCosta’s critics.

I get the criticism of the Ravens passing game. It needs a lot of work and if the Ravens are going to get beyond the Divisional Round of the postseason, they must improve. But I’m not sure what people expect DeCosta to say, at least publicly. By virtue of the team’s offseason activity and interest in Juju Smith-Schuster and T.Y. Hilton and the acquisition of Sammy Watkins, it’s pretty clear that they are looking to improve the passing game and part of such improvement is to upgrade the members of the team’s receiving corps.

But arguably the best way to improve the passing game isn’t through the acquisition of an “X” receiver. Instead, the Ravens need to protect Lamar better and they need to improve schematically with complementary routes to free receivers in space as opposed to the chaos we’ve seen in the past that triggers clusters of traffic instead of separation.

The Ravens passing game could also benefit by coaching up their receivers better to refine the nuances of the position that result in separation and, arguably the most important part of an improved passing game – Lamar needs to be a better passer. And that includes throwing on time, aka throwing receivers open, the byproduct of repetition and trust.

These sweeping generalizations from the national media only serve to remind us that they are really out of touch on a local level. And then there’s the local level, specifically the radio gaga that emanates from a few of the hosts at 105.7 on your FM dial. Embarrassing.

And In Other News

Per his agent, The @MiamiDolphins adding former #nfl 1st-Round pick, @DJTheWarrior76 to help bolster the OL and add another protector for @Tua. Nice #RollTide connection there, too. #Dolphins still hold picks 6 & 18 in the #NFLDraft2021 #FinsUp @ian693 #NFLTwitter #GoDJ pic.twitter.com/dUSEckI4nl

Excited for my guy @DJTheWarrior76 signing with the @MiamiDolphins per his agent @DerykGilmore. Great guy who will help the offensive line!

D.J. Fluker was pretty bad for the Ravens. I can’t recall another team rotating the right tackle position “in-game” as often as the Ravens did in 2020. The optics weren’t good for Fluker, yet Alex Marvez apparently saw different from his “guy”.

Yet another example of national media being out of touch on a local level.