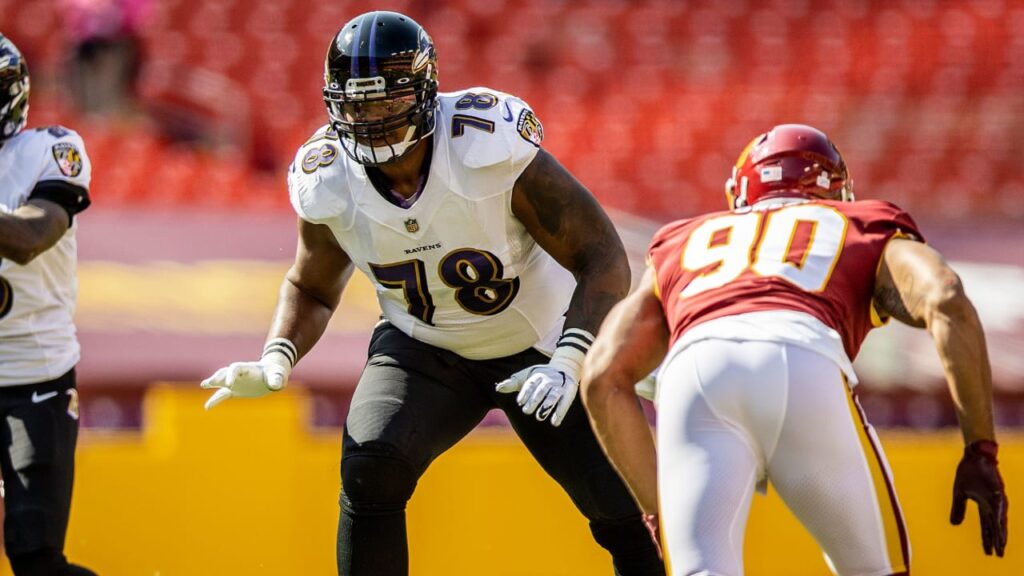 How I’m viewing the swap⬇️

For the cost of losing Brown Jr. a year early, the #Ravens…

This feels like fair payment for losing an extra year of Brown Jr. https://t.co/yCfTWJnQbG

There will be those who think that the Ravens didn’t get enough for Orlando. But his perceived value locally is higher than that nationally. He benefits from playing with Lamar Jackson and a heavy run offense. Schematically, I don’t see him as a good fit for the Chiefs with their heavy reliance upon screens and linemen that need to work in space. So the sensitivity towards trading Orlando to a Ravens nemesis might also be inflated just like his trade value And speaking of that value, if you subscribe to the Jimmy Johnson model, Orlando nets the Ravens the 44th pick in the draft. Some others with perhaps a more modern sense of analytics that most teams lean on more than the JJ chart, have a different perspective.

This values Brown as being worth something like the 44th pick in a typical draft on the Jimmy Johnson chart. (We had him at 37 in the mock draft piece.)

My blended draft curve roughly equates this to trading Orlando Brown for Pick No. 25 in this year’s draft (ymmv) https://t.co/H1bSTY1jfv

At the end of the day, this is a solid move long-term for the Ravens. Short term, in 2021, time will tell. If the Ravens have been given solid medical reports on Ronnie Stanley and the team can bring in veteran Alejandro Villanueva as a one-year placeholder like they’ve done in the past with other veterans like Willie Anderson and Bryant McKinnie, this trade might play out as another steal by Eric DeCosta.

– This is a good haul for the Ravens, who will be able to find a young tackle in the draft.

— Baltimore hosted former Steelers offensive tackle, Alejandro Villanueva, this past week. Villanueva will have an opportunity to compete for the starting job if signed.

Trade back. Recoup a 2nd this year plus an early Day 3 or future pick.

DeCosta has talked publicly about a desire to stockpile picks for 2021 & 2022.#RavensFlock https://t.co/Bc8roQqsCb

Worth noting: Don't only look at the picks themselves. The picks are trade chips as well. Ravens can package their picks to move up or down. Or they can stick on the board and hit on several needs. This is really the macro view of the trade to me.

Now that the #Ravens have the picks & the trade has been completed, I thought of something @NflOgden said before: Best case would be to get a late 1st & draft Tevin Jenkins. Even if you sign Villanueva, Jenkins would still be in play to RT. Or play LG in 2021 to start out.

The Ravens can now draft a right tackle who will play on a rookie contract for the next four or five years. What a great deal Eric DeCosta landed with a total of four draft picks including one first round. At best, had Brown walked after his deal was up, that would’ve been a 3rd round compensatory two years from now. This worked out well.