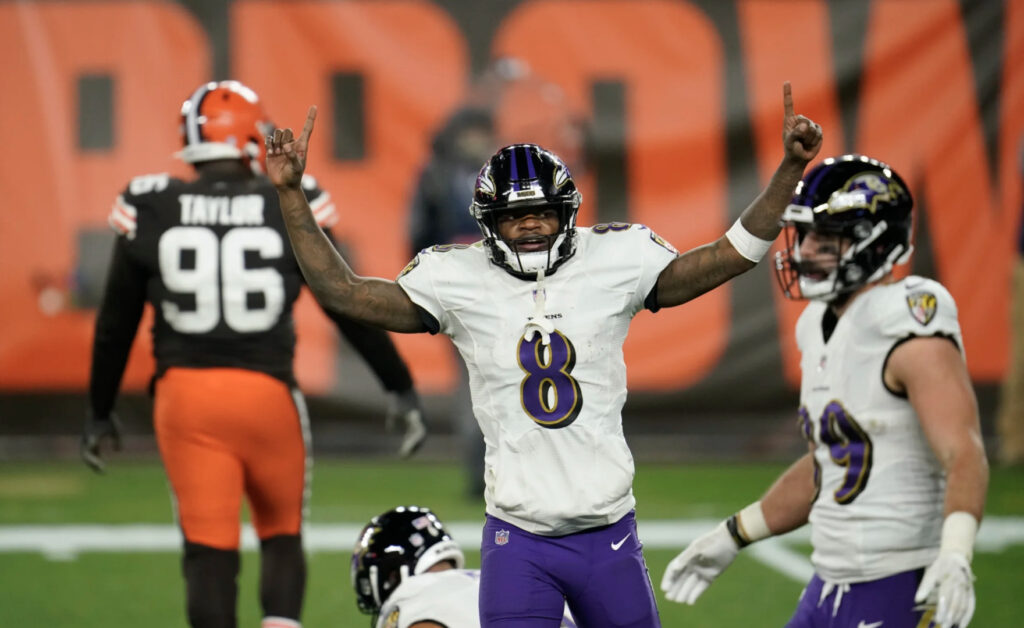 The recent rankings of NFL rosters give the Browns a slight edge over the Ravens.

This makes sense because Cleveland has traditionally selected players higher in the NFL draft.

The Ravens have not made a draft selection in the top 15 since 2016; whereas the Browns had a top 10 selection seven times since 2012.

Here are some of the rankings heading into the 2021 season:

Cleveland has one of the league’s best running back duos with Nick Chubb and Kareem Hunt. The Browns improved the defense by signing linebacker Anthony Walker and safety John Johnson in free agency to line up with Myles Garrett, who is one of the best playmakers in the league. Cleveland also drafted a pair of players — cornerback Greg Newsome and versatile linebacker Jeremiah Owusu-Koramoah — that can make an immediate impact.

The Ravens also have a deep and talented team. The duo of J.K. Dobbins and Gus Edwards are comparable to Chubb and Hunt. Baltimore boosted the passing attack by signing Sammy Watkins in free agency and adding Rashod Bateman and Tylan Wallace in the draft. Despite losing Matt Judon and Yannick Ngakoue, the defense still should be solid with a mix of young talent and grizzled veterans.

The biggest difference between the two rosters is at quarterback.

Lamar Jackson has outperformed Baker Mayfield and that should be the case again in 2021. The Ravens have won the AFC North in two of the past three years with Jackson at quarterback. Cleveland has not won a division title since 1989.

Jackson has also outplayed Mayfield in their head-to-head matchups.  Jackson has gone 30-7 as the starter in the regular season. He has thrown for 7,085 yards with 68 touchdowns and 18 interceptions over three seasons. Jackson is also the only quarterback in NFL history to run for over 1,000 yards in two seasons and has 2,906 yards rushing and 19 scores overall. He has gone 4-2 against the Browns.

Despite the roster rankings, the Ravens are favored to win the AFC North with 11 wins, according to Sports Illustrated’s Roy Larking.

The Steelers will also battle for the division crown based on the strength of their defense. Pittsburgh also had a top-10 roster under most of the offseason rankings.

“We’re definitely loading up the AFC North, but I can’t complain,” Ravens linebacker Patrick Queen said. “You should want to play competition. That should be your main job – is to play somebody who’s good or better than you, so you can show your game, so you can step up to the plate and show them that, ‘I want to be remembered.’”

In the end, rankings are simply offseason fodder as we pass the time before training camp and the regular season. The Ravens have largely been ranked behind the Browns over the past couple of seasons, but finished ahead of them in the standings.