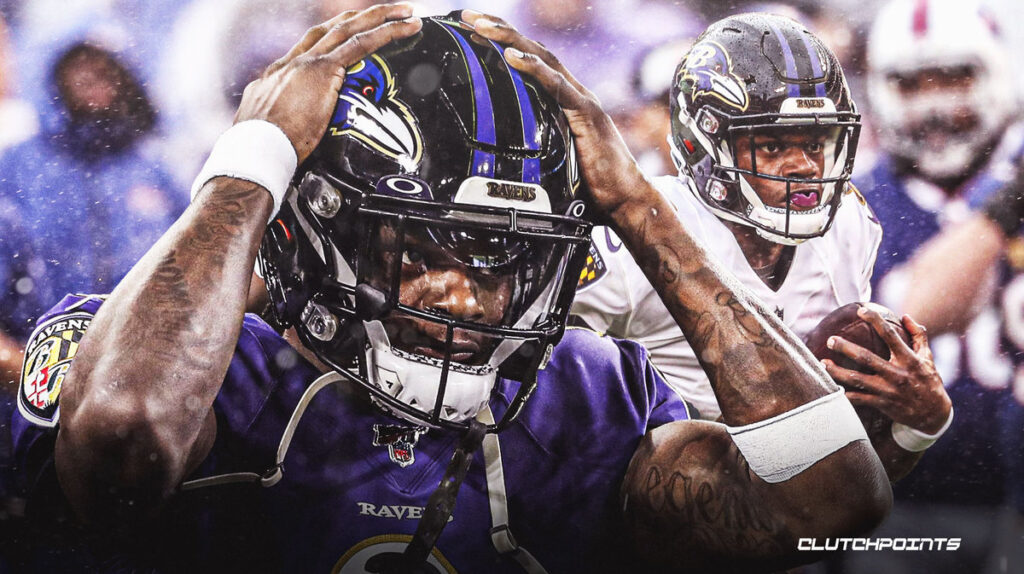 Despite a plethora of success over his first three years in the league, Lamar Jackson’s critics are continually unsatisfied with his body of work. After year one he was criticized for being too run-happy and needed to improve as a passer. Jackson responded with the league’s second-ever unanimous MVP award and did the unthinkable by leading the league in passing touchdowns (36) and setting the single-season quarterback rushing yards record (1,206). Even more impressive, Jackson missed a lot of time on the field due to being benched for the team having such a huge lead and sitting out week 17 of the season.

So, how did his critics respond?

“Nobody cares; win a playoff game.”

Jackson went out and did just that in 2020 after another rock-solid season. But Jackson did not win the “big one” and had natural regression in his play after a historic 2019 season. So, of course, the critics came back to knock his performances and claim that he cannot win when it matters most. Worse yet, he allegedly became a mid-tier quarterback once again.

So, could 2021 be the year that Jackson silences his critics? To do so, it starts with a Super Bowl win. The harsh reality is that even this may not be enough to shake off his haters and all the outrageous comments they make about Jackson. Even to this day, the great Tom Brady has doubters. Remember the ridiculous comments of him being a “system quarterback”? Brady just won his seventh Super Bowl title and is arguably the greatest NFL player ever. Nonetheless, he has his own haters who will never give him the credit he deserves. 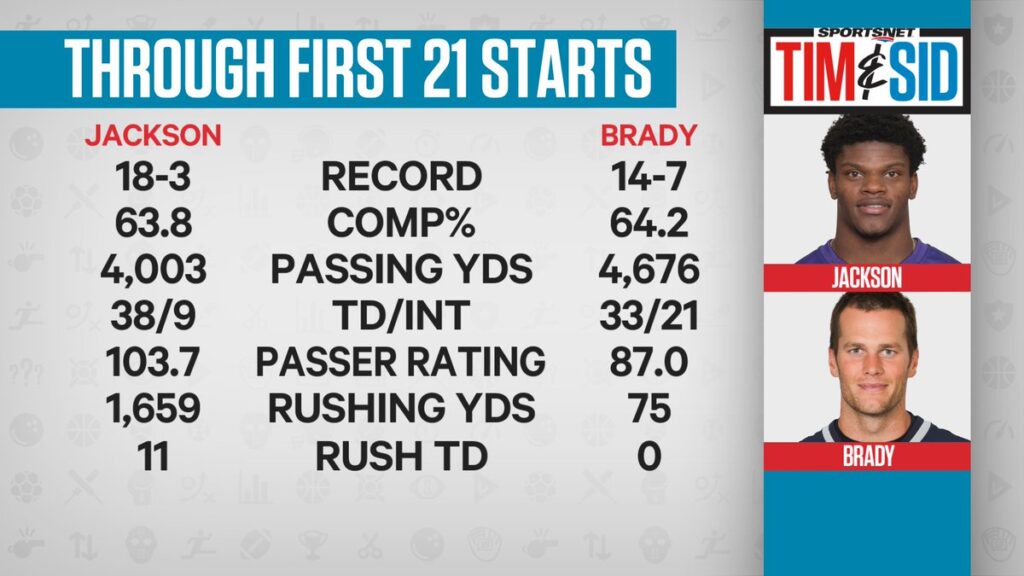 The tale of Brady is to illustrate that Jackson may never receive the respect he deserves. There will always be the comments that he was carried to a championship by his team. Look at Joe Flacco’s Super Bowl run back in 2012. Flacco tied an NFL record 11 touchdown passes in one playoff run and became just the second-ever to do it without throwing an interception. Somehow you still have ill-informed fans who will tell you he was carried to that championship. It does not make sense, but it does not have to for those who choose to scrutinize instead of giving credit where it is due.

In the case of Jackson, there is simply too much so-called controversy to his game because he is a dual-threat quarterback with minimal playoff success. Historically, dual-threat quarterbacks do not tend to have long, outstanding careers in the pros with many highlighting Cam Newton as the poster boy for this claim. It is truly a lazy take, as every player is different, but more importantly, it speaks volumes about the lack of evidence someone has against Jackson. Newton has had a fine NFL career, but Jackson is on pace to be the far superior player. Fans do not see that, however, and will instead tiredly claim that dual-threat quarterbacks do not last or that all Jackson does is run.

This becomes so frustrating because Jackson is so much more than a running quarterback. Jackson has completed north of 65% of his passes over the last two seasons and thrown 62 touchdowns to just 15 interceptions in that timeframe. Sure, his 5,884 passing yards are far from impressive, but the rest of the numbers make up for his low passing yards totals. Jackson has been proficient and effective as a thrower of the football regardless of what he is doing as a runner which, by the way, he has done excellently, as well.

Jackson has also accomplished a great amount of success with average talent around him. Mark Andrews is a Pro Bowl tight end with plenty of flaws to his game. Marquise Brown is a stud but has not proven to be the X-receiver many hoped he would be. The rest of the pass-catchers have been mediocre to average at best. That is changing in 2021 with another first-round pick invested at wide receiver via Rashod Bateman. Now, Brown gets pushed to WR2 status and Bateman gets to work the outside with Andrews across the middle. This passing attack looks much improved.

This could be a blessing and a curse though, as a spike in production could leave the haters to say that Jackson’s numbers improved simply because his pass-catchers got better. It is unlikely that Jackson will be properly credited with lifting the talent around him, as has been the case throughout his career thus far. It truly is a losing battle.

What it comes down to is that Lamar Jackson is an excellent football player. Jackson is one of the ten best quarterbacks in the league and could be argued to be the single most dangerous player on the field entirely. What Jackson does as a passer and as a runner is beyond incredible. We are truly witnessing greatness even if others tell you, that he’s a flash in the pan.

All of this has us wondering if Jackson could ever possibly silence his doubters no matter what he does in his career, let alone in 2021. Odds are he will not. Simply put, there will always be haters. People like to hate on a player no matter how good he is for either the sake of being different or to enrage a fan base. No matter what Jackson does, even if he becomes a Pro Football Hall of Famer, there will always be harsh critics of him.

In the meantime, however, Jackson can give his haters less ammo by winning a championship. If he cannot do that, then taking that next step as a passer is more than achievable. Jackson has excellent weapons to throw the ball to now and if he continues to grow as a passer then opposing defenses better watch out. Jackson is nearing elite territory if he is not there already. 2021 can be the year that Jackson proves his critic’s stereotypes to be wrong.