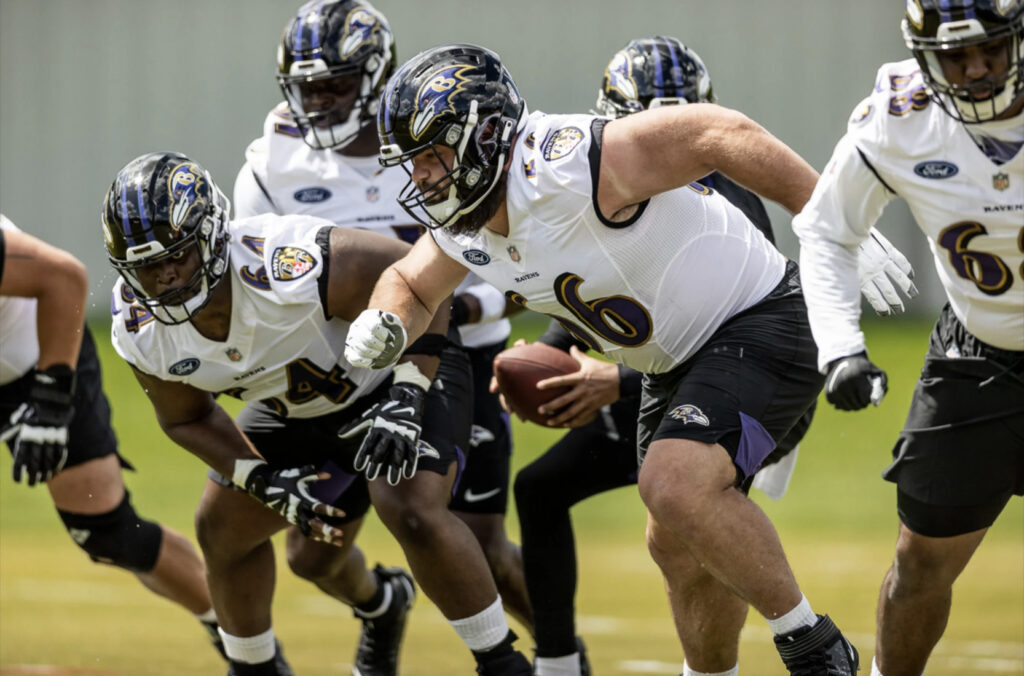 The Ravens once again head into training camp with Super Bowl aspirations. The biggest question is whether they will live up to the hype. Here are some of the key storylines to watch over the next month.

The Evolution of Lamar Jackson

Jackson participated in all of the voluntary workouts and was mostly sharp. He needs to continue to improve throwing outside the numbers and with his passes deep downfield. The Ravens gave Jackson more weapons so it will be interesting to see which players get the most targets. The season could hinge on Jackson’s improved play. Entering his fourth year as a pro, Jackson is poised for his best season and he is not going to let the pending contract discussions become a distraction.

“I’m not worried about that right now. I’ve still got two more years left on my first [contract],” Jackson said. “I’m worried about getting my Super Bowl here and bringing it back home so we can celebrate that and focus on that. I’m focused on winning.”

The Ravens have at least eight players vying for perhaps six roster spots —. newly acquired Sammy Watkins, Marquise Brown, Miles Boykin, Devin Duvernay, James Proche, Deon Cain, and this year’s draft picks, with the Rashod Bateman and Tylan Wallace. Brown, Cain, Duvernay, and Bateman stood out in the offseason workouts. Watkins had an uneven performance to start the practices but finished strong. The Ravens need to upgrade a passing attack that ranked last in the NFL last season, and wide receivers need to play a bigger role in the offense.

Revamped Offensive Line Must Come Together

The Ravens got bigger and more physical with an overhauled offensive line this offseason. The starting lineup could be one of the biggest and more physical in the NFL next season — left tackle Ronnie Stanley (6-6, 315 pounds), left guard Ben Cleveland (6-6, 357 pounds), center Bradley Bozeman (6-5, 325 pounds), right guard Kevin Zeitler (6-4, 315 pounds) and right tackle Alejandro Villanueva (6-9, 320 pounds). Stanley is still sidelined with an ankle injury, so how quickly can this group come together? The Ravens need to improve with their pass blocking.

Cornerbacks Marcus Peters and Marlon Humphrey are among the best duos in the NFL. The Ravens’ secondary could be No. 1 in the league, especially if Tavon Young is healthy for the regular-season opener. Baltimore has two rookies —Brandon Stephens and Shaun Wade — looking to make an impact. Baltimore also has some intriguing undrafted undersized players — Ar’Darius Washington and Nigel Warrior — that can add depth at safety.

Young Linebackers Have to Mature Quickly

The Ravens have two second-year players — Patrick Queen and Malik Harrison — that could start at inside linebacker. Odafe Oweh, a first-round pick from Penn State, also has the potential to make an impact at outside linebacker. The Ravens like the potential of rookie Daelin Hayes, a fifth-round pick from Notre Dame. Baltimore could have one of the league’s most dynamic group of young linebackers if these players continue to flash.