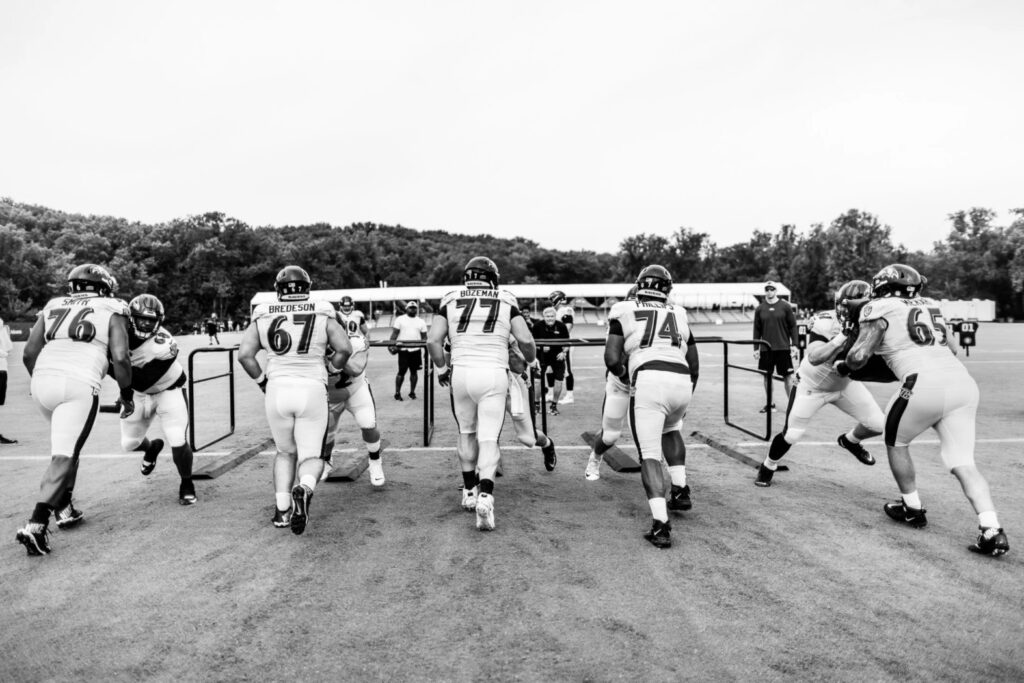 Those things are both true.

But here’s my question for everybody who is concerned about the Ravens offense: what are your expectations at this juncture?

Let’s take a quick look at this scenario after a week at Training Camp.

On one side of the ball, the Ravens defense is fully healthy across the board, the core of the unit is a full carryover from the 2020 season, and the rookie pass rushers are making strides. On the other side of the ball, the offense is without starters Lamar Jackson, Hollywood Brown, Nick Boyle, Ronnie Stanley, Kevin Zeitler, Gus Edwards, and has gone without Rashod Bateman for a day here, Sammy Watkins a day there… and to a lesser degree, devoid Miles Boykin and Jake Breeland. For the offense, this means a revolving door filling the Left Tackle void left by Stanley, Ben Powers filling in for Zeitler, and of course rookie LG Ben Cleveland, longtime LT Al Villanueva moving to RT, and rounding out the unit with Bradley Bozeman‘s return to center for the first time since his Bama days… all while the skill positions have been just as much of a carousel.

To simplify my point, you have a healthy, stellar, returning Ravens defense… versus a Ravens offense that is just a scattershot mess of a unit right now.

I’ve been stressing this since the start of camp, but the focus shouldn’t be on outcomes of plays in 7v7 or 11v11- it should be on individual performances and players winning their battles, especially when you consider how much the Ravens like to mix up units and don’t simply play this ‘1st unit, 2nd unit, 3rd unit’ game.

With the focus on individual performances, here’s a few notable bright spots from today’s practice:

Of course, we can’t mention the standouts without discussing the players that struggled today as well, who just so happened to be all offensive players:

PLAY OF THE DAY:

Running Back Ty’Son Williams carries the ball around the right side, takes off up the sideline, and meets CB Anthony Averett with a thunderclap of a hit, putting AA on his back and picking up an extra yard.

I know a lot of folks have Justice Hill locked into RB3, but I genuinely think Williams could make a push for the spot with his downhill, physical style of play that we’ve seen thus far. Pass pro will be key (as will special teams).