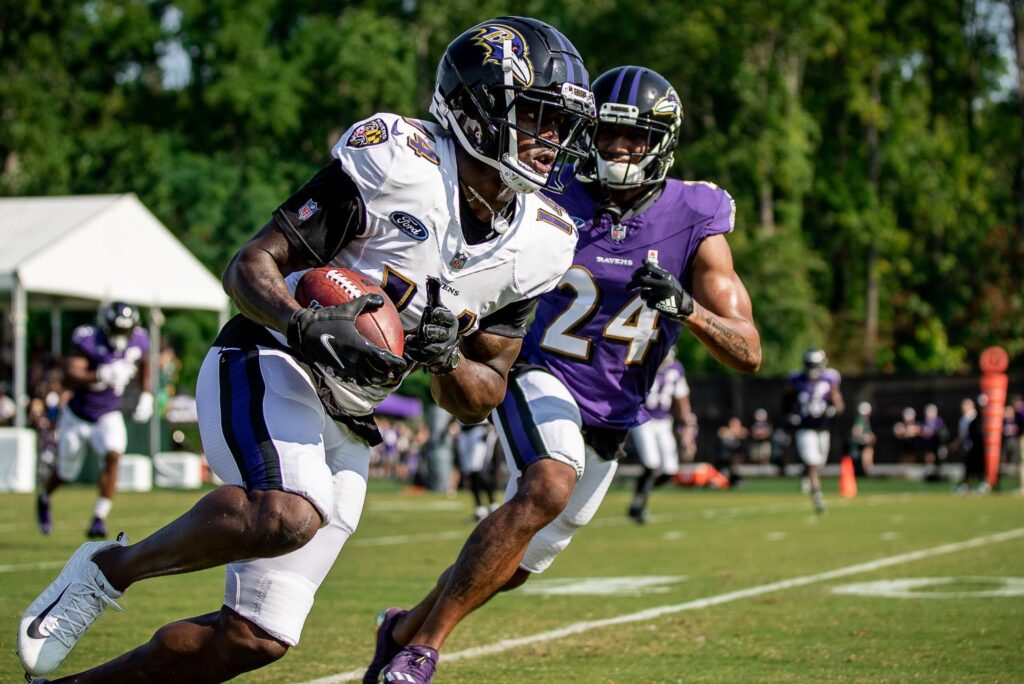 Most folks saw the number 79 jersey out on the field with the Ravens Offensive Line unit this morning at One Winning Drive, but all I needed to see to know Ronnie Stanley had returned?

I’ll have to dig my notes from Training Camp last year but I’ve brought up Stanley’s’ camo shorts before and it’s as much a tell of his presence as the name plate on the back of his jersey. Glad to have you back Guru (even at limited capacity for a slow acclimation), especially on a day where we saw two more Offensive Linemen leave the field for undisclosed reasons.

Unfortunately, Center Bradley Bozeman and Right Tackle Alejandro Villanueva left the field for… well, for some reason unbeknownst to us, and dubbed ‘nothing serious’ by John Harbaugh, which technically now brings the count to four starting O-Linemen for the Ravens that aren’t practicing in full: Stanley, Bozeman, Al, and Kevin Zeitler.

Add in the TBD Left Guard situation and it’s really a frustrating situation for the line, and the offense, right now.

Alas, I think we can all take this with a grain of salt, as we watch Stanley work his way back, watch Tyre Phillips and Ben Cleveland duke it out for the Left Guard spot, and hearing Harbs say that Al, KZ, and Bozeman aren’t considered long-term concerns.

We still have over a month until Week One, and all of these guys missing are veteran players who we can trust upon return.

As for practice today, it’s hard to say which side of the ball ‘won the day,’ especially in shell where it’s hard to judge the pass rush and run stuffing ability versus the (makeshift) Offensive Line… I’ll call it a toss up. Here’s a few noteworthy items from the day:

That’s the only thing that matters.