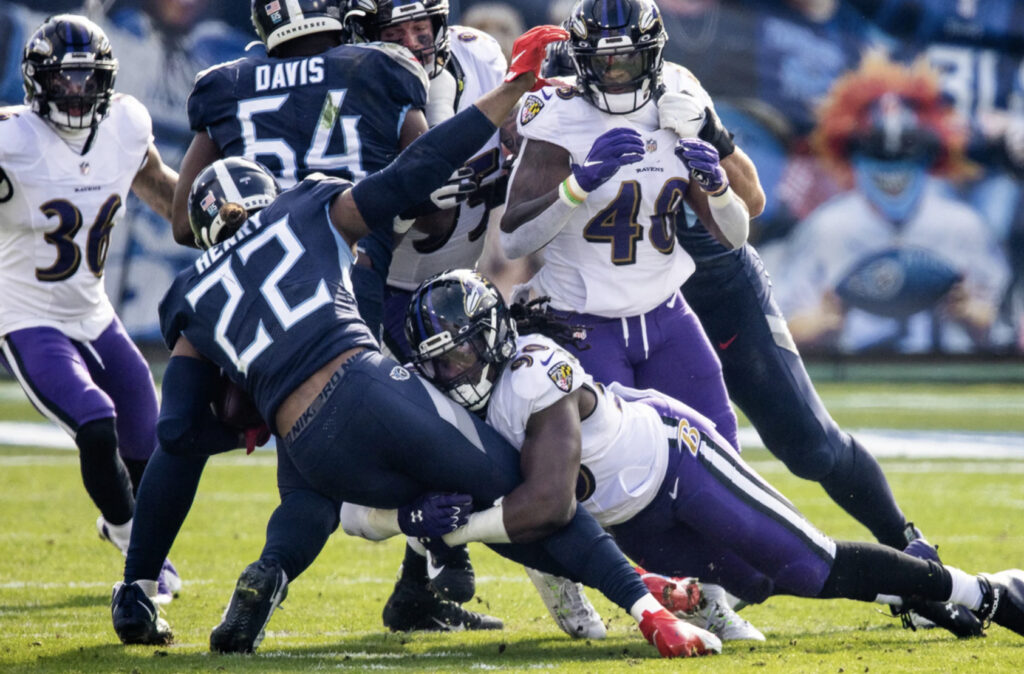 The Ravens further reinforced their outside linebackers’ room by re-signing Pernell McPhee.

He will complement fellow veteran Justin Houston and serve as a mentor to younger players, such as Odafe Oweh and Jaylon Ferguson.

The Ravens faced questions about their pass rush the entire offseason after losing Matt Judon and Yannick Ngakoue to free agency.

However, this has never been an issue for the coaches.

“Our No. 1 ingredient to winning games, playing winning defense, is execution,” outside linebackers coach Drew Wilkins said. “I’ve probably said it five times already, that word – execution. That’s what we look for. So, it’s not necessarily, ‘Hey, are we just going to send four rushers, get one-on-ones and get those sacks?’ When you look at the last [preseason] game we had, there were winning rushes, but they got the ball out. Or on third down, we’re all geared up to go, and they run screens or quick games.

“Ultimately, you look at the stats sheet after that, that team was 1-of-11 on third down. So, it’s about executing the total defense. It’s about getting to the football, in any situation [and] playing with that max effort.”

Oweh was the 31st overall selection in this year’s draft. He’s been solid throughout training and Wilkins is hopeful that will translate to the regular season. Oweh has the speed and size to make an immediate impact as a rookie.

There certainly will not be a so-called redshirt season for him to get acclimated to the NFL. The Ravens expect him to produce now, which adds a bit more pressure on the rookie.

Oweh did not manage a sack in his final season at Penn State. He still managed 38 tackles, including 6.5 tackles for loss, over seven games as a redshirt sophomore. The prior year, Oweh finished with five sacks over 11 games.

“We couldn’t be more pleased with where he’s at right now. And the thing that he has that not a lot of rookies do is he’s got that sense of urgency. He understands [that] we have big expectations for him, from Week 1. This isn’t a project. This is a guy who’s going to come in and play for us right away.

Ferguson is also a player feeling the pressure this season. Entering his third year, Ferguson will have to compete for snaps. Ferguson, who was selected by the Ravens in their round (85th overall) of the 2019 NFL Draft, has amassed just 4.5 sacks over his career.

He needs to produce or this could be his last season in Baltimore.

“He’s gotten so much better in every facet, but the thing you love about him, that you can take to the bank, is he’s going to set a dominant edge,” Wilkins said. “Any time there’s a run at him, he’s knocking that back. He’s playing with great hands, he’s able to shed and make plays, and we saw that all camp. That’s grown from Year One to Year Two to Year Three. He’s always been a great, physical player, but he’s taken it to another level.”

Houston has not played a snap for the Ravens since signing with the team as a free agent during training camp. However, he spends time after practice working with some of the younger linebackers. He shows them different techniques and ways to shed blocks as they try to get to the quarterback.

Houston has registered 444 career tackles (366 solo), 97.5 sacks, 117 tackles for loss, 17 forced fumbles and 13 fumble recoveries over his career. Since he entered the league in 2011, Houston ranks third in both sacks and fumble recoveries among active NFL defenders.

As a result, he has a lot of knowledge to impart to the younger players.

“I couldn’t be more excited to see him ready to roll Week 1,” Wilkins said. “He came in here, and he’s a Raven from the jump. He’s always played like a Raven. He plays tough, [and] he runs to the football like he’s a rookie. Obviously, you guys have seen the pass-rush success he’s had over the years, but he’s also a great run player, and he’s great in coverage. Early in his time in Kansas City, he was really their SAM [linebacker], so he had to drop a lot.

“So, from Day One, he knew what he was doing at that position, as well, and it’s just great to see. He leads by example, first. So, you see that first – that he’s a dominant player; he’s a dominant pass rusher – but then the other great part about it is he wants those other guys to really come along, so he’s helped them tremendously. He has so much knowledge, but he also is generous with that knowledge and his time, and he wants those guys to come along. As a coach, you appreciate that, too.”