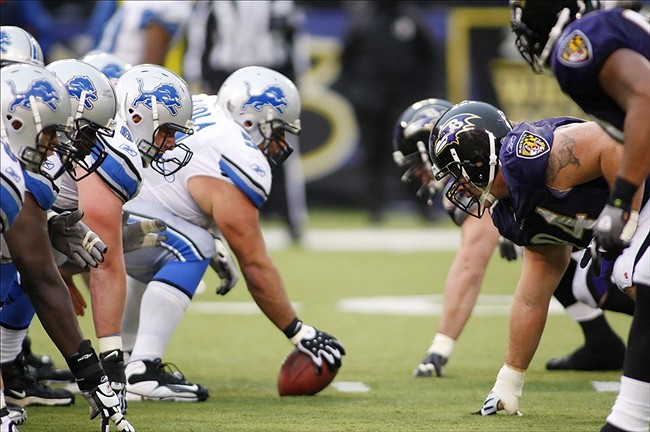 Ravens coach John Harbaugh likes to talk about the importance of stacking wins.

The players returned to practice with a new sense of energy this week after an emotional 36-35 victory over the Kansas City Chiefs.

Now, the Ravens face the struggling Lions in Week 3 and they can start stacking those wins. Baltimore entered the week as 9.5-point favorites over Detroit with games against the Broncos, Colts, Chargers, Bengals and Vikings looming.

The Ravens, Browns, Steelers and Bengals are each 1-1, so Baltimore needs to keep pace with its divisional foes.

“It’s really not that challenging, believe it or not, for us on the inside, because when you watch the tape, you’re really watching it scientifically in a sense,” Ravens coach John Harbaugh said. “There are so many things that we need to improve upon. We have 15 more games to play, and everybody is going to get better.

“We have to keep improving on all the little things. In order to win the next game, we have to get better. So, you kind of get flipped into that mode pretty quickly when you start watching the coaches tape.”

The Ravens should be able to move the ball against the Lions’ struggling defense, which is allowing 38 points per game, second-worst in the NFL behind the Atlanta Falcons (40 points).

Quarterback Lamar Jackson put on quite a show against the Chiefs and perhaps played one of the best games of his career.

Jackson threw two interceptions, including a pick-six to Tyrann Mathieu on the game’s first possession, but then he put the team on his back.

Jackson completed 18 of 26 passes for 239 yards with a touchdown. Jackson also ran for 107 yards with two scores.

On a 4th and 1 with a minute left, Jackson ran for the game-winning first down to set off a wild celebration.

Now, the goal is to keep maintaining that momentum.

“I know for the fans, it was a great show,” Jackson said. “We were going back and forth. It was looking crazy when, like I said, I threw two picks in the first quarter – one for a pick-6. It was like, ‘Oh, they might lose again.’ But we held our own. We stayed focused. My team, like I said, they stayed with me, [and] we came out on top.

“I know it was a great game. They’re probably going to be looking for it again soon.”

The Ravens do need to tighten up their defense. They gave up 491 yards to the Raiders in Week 1. The Ravens allowed 405 yards to the Chiefs. The Ravens defenders are not making key stops and it’s a challenge that needs to be corrected quickly. Baltimore also struggled to make open-field tackles.

The Ravens’ secondary is decimated with injuries so they have to make adjustments with their available players. DeShon Elliott had to leave this game with a concussion. However, the Ravens defense came up with a play when it was needed most.

Baltimore has especially struggled with tackling. In one instance, Chiefs’ tight end Travis Kelce ran through almost the entire defense to score a touchdown. That can be corrected by better effort.

“It was spotty at certain times. [On] the two big plays, we missed 10 tackles. We had some good tackling moments. It’s a hard team to tackle; they get you in space a lot. But they had big plays where we didn’t tackle well at all, and we’ve got to work on that.”