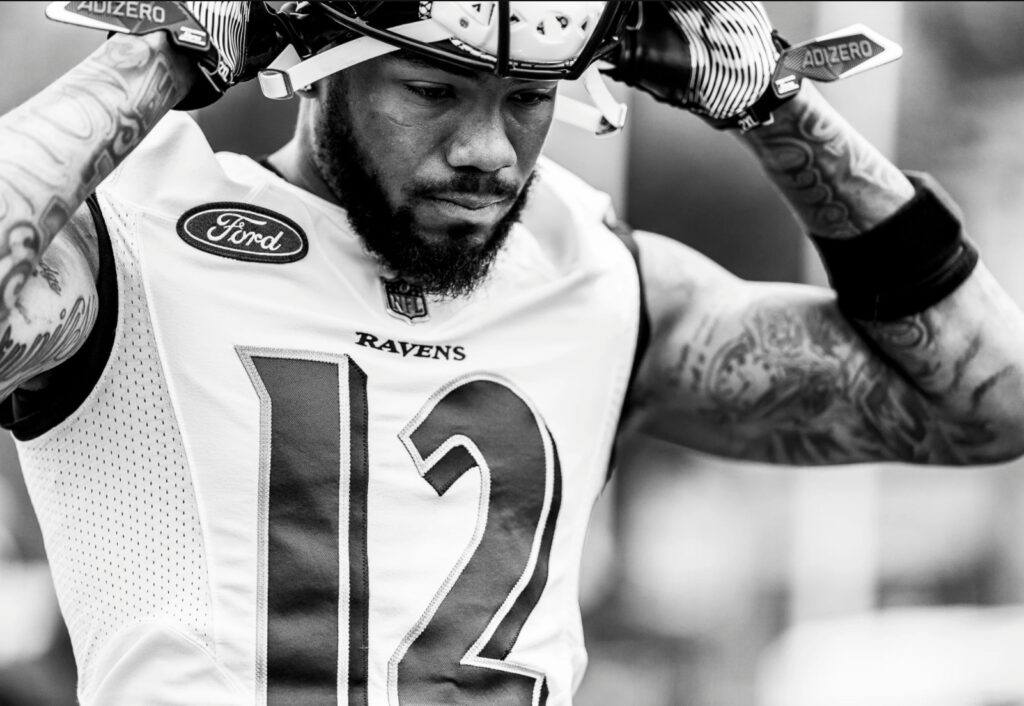 Ravens offensive coordinator Greg Roman is not worried about the depth of wide receivers and running backs on the roster.

He contends that getting each of those players the ball, or them even being active during gameday, is a “good problem.”

However, the Ravens will have some tough decisions to make over the next few games as the roster gets healthier.

The offense, which has made significant strides this season with big plays downfield, could be even more explosive.

“Without question, that’s a really good problem to have,” offensive coordinator Greg Roman said. “You have good problems and bad problems; I like the good ones. So, that’s definitely going to be a consideration as well. As the roster gets put together for a game, there’s defense, there’s special teams, [and] there are a lot of things that go into that. So, the bottom line is for us, really, everybody in that locker room, we have to count on all of them. Because at some point, it could be every week, it could be 14 weeks, 12 weeks, 10 weeks or five weeks – they all have to help the team win.”

With rookie Rashod Bateman and Miles Boykin due to be back in the lineup, the Ravens wide receivers will consist of Marquise Brown, Sammy Watkins, Devin Duvernay, James Proche and Tylan Wallace.

They will probably only keep five active on gameday.

"I have a lot of respect for what he can do throwing the ball." @LataviusM on @Lj_era8 pic.twitter.com/6SxZl3V18v

The Ravens had to overhaul their running backs room when J.K. Dobbins, Gus Edwards and Justice Hill each suffered season-ending injuries in training camp.

As a result, the Ravens brought in Latavius Murray, Devonta Freeman, and Le’Veon Bell to join Ty’Son Williams, who was already on the roster.

Last week against the Broncos, the Ravens made a surprise move when they decided to deactivate Williams, who leads the team with 6.1 yards per carry.

“A lot of different things, but we want to keep guys fresh, too – that’s one thing. I definitely wouldn’t read too much into that, either,” Roman said. “We like all of them. They all have slightly different styles. I think we’re really starting to learn more about each one, and that’s a big part of it, really, and give each and everybody opportunities. Getting four running backs up for a game, that’s hard to do.

“But I think they’re all worthy of it. Le’Veon played last week. I thought he played really well in a lot of areas [and] maximized every opportunity he got. But we’re continuing to learn and work through that – that’s the exciting part.”

The players are happy to share the ball as long as the team is winning.

The Ravens are 3-1 and tied for first place in the AFC North.

They host the Indianapolis Colts on Monday night.

“It’s up in the air, for sure,” said Murray. “And I think maybe that’s just the way we’ve got to prepare, and [we’ve] got to understand that it can be like that, as we’ve got a group of guys that can do different things. [Roman] is still learning and getting to know us, and getting to know our abilities, and what we’re really good at and what we do well. So, I think the biggest thing is just staying ready – for all of us – coming out here, just trying to make sure we’re getting better. But [we’re] not sure what’s going to happen, so just staying ready.”