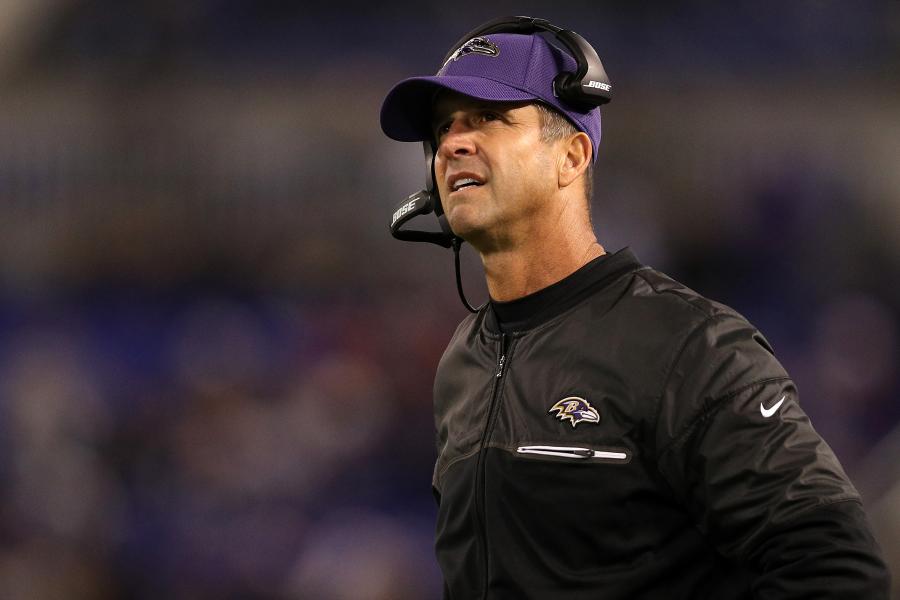 Hot take #1:  Barring a trade, the Ravens rushing game is going to struggle the rest of the year.

The Ravens’ steak of 43 straight 100-yard games ended in Week 5 and I don’t think this will be the last sub-100-yard game of the season. We all know that Lamar Jackson will get some yards as a runner. He will have games where he makes teams look silly but overall, he will probably settle in the 40-70 yard per game area.

The Ravens clearly don’t trust Ty’Son Williams. The veterans they brought in have almost no explosion, no ability to break tackles and no ability to make guys miss. If you take away Lamar, the Ravens are averaging 4.1 yards per carry, and Williams averaged over six yards per carry in his first two games (on 22 carries total). I think the offensive line will be fine run blocking and the threat of Lamar is always going to help, but this run game, which started off well to begin the season, is in trouble, and I am not sure there is a way out.

Getting Nick Boyle back will be a huge help too, but the Ravens still have the RB personnel issue no matter who is blocking. If they can go grab Marlon Mack, they should be doing it, but outside of someone like that, I just don’t see much improvement unless they go back to Williams and he shows more of what he did the first two weeks.

DVOA has the Ravens as a top 10 team. They have Lamar, who is likely the MVP of the league right now. However, when you compare them to the other 4-1 teams, do you think the Ravens are better than any of them? One of those teams, the Chargers, they play this week, and that will show us something. But between the Chargers, Bills, Cowboys, Bucs, Packers and Rams, I think they are all better teams, especially since I see no reason that we can trust the defense when it matters. This week can go a long way to saying whether this statement is right or wrong, but I don’t have a lot of confidence in this defense against that offense.

By the way, this obviously isn’t a bad problem to have. I would rather be the worst 4-1 team than the best 2-3 team, but Baltimore is only 11th in point differential and obviously have had some good fortune at the end of games to even win.

That stuff tends to even out as the season goes on, so unless we see a lot more improvement on the defense, some of that luck will go away and the Ravens will start losing games.

Hot take #3:  The offense has to score more points.

The Ravens are #1 in the league in yards per game, barely ahead of Dallas. However, they are only 9th in scoring. While that is good, it won’t be enough against the better offenses in the league over the course of a full season, especially with the defensive issues this team has (some of which are unlikely to get better).

One of the biggest issues they have on offense is that they have been terrible on third down. Only Denver and Jacksonville are worse at converting third downs than the Ravens. Perhaps Rashod Bateman coming back opens things up more. They seem to be going to James Proche more on third down situations and that makes a lot of sense to me as well.

But this team needs to have the ball more (despite being 6th in the league in time of possession, I don’t feel that is going to hold up as the season goes on at the pace they are on right now) and keep the defense off the field.

The running game struggling on early downs isn’t helping either.

Hot take #4:  We actually may not appreciate Justin Tucker enough.

As a fan base, we all trust Justin Tucker. It’s pretty shocking when he makes a mistake, but there is a difference between trust and appreciation. I am not saying we don’t appreciate him, but I also think the fan base takes him for granted at times (I know I do).  We just had a weekend where kickers missed 13 extra points. We saw missed field goals all around the league extend games and cost teams wins. Having a lock down kicker, a position that is largely overlooked in the league, is an incredibly valuable commodity. Knowing we have #9 on the sidelines really puts your mind at ease.

Weekends like the one we just saw reminds you of that.

Hot take #5:  The defense has to generate more takeaways.

The Ravens currently have a -1 giveaway/takeaway ratio. They have five takeaways, which is tied for 17th in the league. This is where they really miss Marcus Peters. As terrible as Anthony Averett was against Indy, he entered that game #1 in the league in passer rating allowed when targeting and it was looking like they weren’t going to miss Peters all that much.

While we need to hope that the Indy game was a blip on the radar and not a sign of things to come, where the Ravens do miss Peters is in the turnover game. They simply lack playmakers on defense right now. Marlon Humphrey is having a down (though still good) year and he isn’t forcing fumbles. None of the safeties are particularly adept at creating turnovers and we know the inside linebackers can’t force anything. It’s really just been Odafe Oweh on defense in terms of playmaking skills.

If this team is going to give up a lot of yards this year (and it appears they will), getting more turnovers will be key.