Sit Back & Enjoy Ravens Fans…If You Can

Not long ago, I told you the story of how I felt at the beginning of the season. Mounting injuries made the future look bleak, and I wasn’t sure that this team could survive the schedule in front of them. Following yet another last-second victory in Chicago, the Ravens sit at (7-3), still perched atop the AFC North. There’s no questioning their resilience under pressure, and while there are still plenty of concerns going into the home stretch, I’m no longer concerned about their ability to survive.

I’m concerned about MINE.

The heart is never still when watching the Ravens

From one Kevin to another, I could not agree more.

Look, I love the game of football. I love that the nature of the game means that a huge momentum swing could happen in either direction on any given play, and I love that no two Sundays are alike. That being said… RAVENS, PLEASE.

The @Ravens win on the road in a back-and-forth game that featured 18 plays where our live win probability tracker crossed the 50-50 mark, including four plays in the final three minutes where WP swung by +10%. #StatThat | Powered by @awscloud pic.twitter.com/HY3fNfeNOd

If you took a printout of my EKG and laid it over top of this chart, it would probably be about the same. I love when Next Gen Stats does these graphs, not just as a big numbers guy, but also because of the visual representation of our collective moods during these close games.

Every Ravens fan I've ever interacted with on Twitter is basically a version of this guy pic.twitter.com/aJJEuWJQZW

I could wax philosophical about the incredibly unique experience that we’ve all had as Ravens fans this year, but I’ll just let Tavon Young take this one instead:

This year been crazy lol idk what else to say

In terms of figuring out a way to quantify this unique experience, Jamison Hensley and Elias Sports Bureau did a pretty good job.

In rallying to beat the Bears today, the Ravens became the fourth team in the last 40 seasons to record 5 or more 4th-quarter comeback wins in their first 10 games, according to @EliasSports.

No offense to either of them, but I still like Tavon’s description better. Not only has this team defied explanation by the numbers and their statistical likelihood of victory, the personnel they did it with makes their win that much more unreal.

No matter how this season ends, this victory is likely to be a significant one in the grand scheme.

The Ravens weren’t the only ones with a lot on the line, though, and if you ask many Bears fans, this loss may have actually done them a favor. Coming into the matchup, there was plenty of buzz around the NFL that Bears Head Coach Matt Nagy could be fired if they dropped Sunday’s game. This was prior to the news that Lamar Jackson wouldn’t be getting the start, so a loss to a back-up QB following a BYE week makes the outlook for Nagy’s future look… grim. 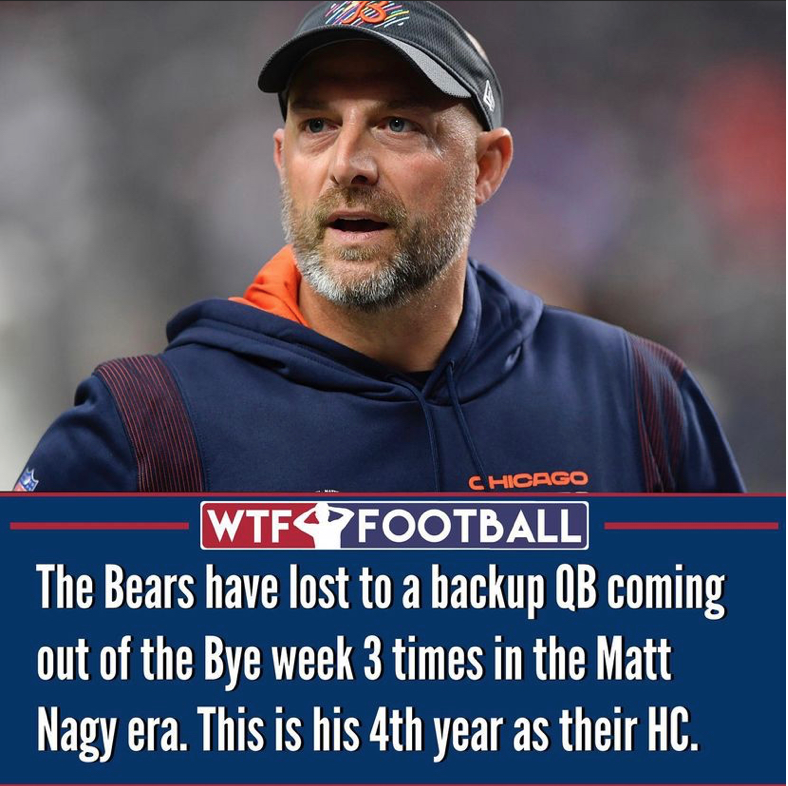 Nagy’s return as HC was very much in doubt coming into the season, as their offense had actually performed better when Offensive Coordinator Bill Lazor took over play calling last season. With Nagy back at the helm, they’ve been nothing short of atrocious on offense.

During this current five-game losing streak, the Bears have scored 26 total points in the first half on 27 possessions.

Sunday’s game may very well have been the breaking point, as it appears that both players and fans are fed up.

An overwhelming number of #Bears’ players want Matt Nagy gone, league sources say. “He lost some of the locker room last season, but now it’s gone,” one source adds. One key holdup: No HC in the 101-year franchise history has ever been let go during the season.

I may have had my gripes over the years with members of our coaching staff, but this goes to show that it could always be worse. As of this article, Nagy hasn’t caught the axe yet, and it would appear that the Bears are, at the very least, committed to letting him coach the Thanksgiving Day game. If they drop that one to the Lions, I can’t even begin to fathom what the fallout is going to look like. File this under “It’s only funny because it’s not happening to us”:

Does “I’m not a Bears fan” count as something to be grateful for? If it does, I think I found the thing I’m going to say I’m thankful for as we go around the table on Turkey Day. Happy Thanksgiving, y’all! 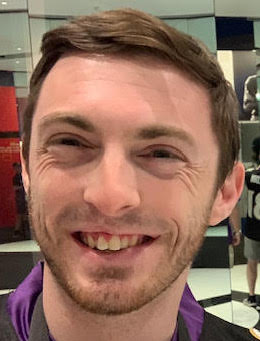