When things don’t go as planned in the modern day, it seems to be human nature to seek out a scapegoat. It must be someone’s fault, right? Let’s call out the cancel culture’s whipping boy, admonish him or her, as if in some twisted, sordid way, that’s supposed to make everyone feel better.

Recently, local sports talk’s answer to Beavis & Butthead, Inside Access on 105.7 The Fan, took to the airwaves to smear Ravens GM Eric DeCosta. After all, if DeCosta had only:

• Built a deeper roster to account for 33 players missing v. Bengals
• Schemed a defense that didn’t blow so many assignments
• Designed an offense to help Lamar Jackson beat the blitz
• Convinced Orlando Brown, Jr. to stay in Baltimore
• Performed successful surgery on Ronnie Stanley’s ankle
• Told John Harbaugh not to play J.K. Dobbins in that meaningless preseason game
• Cut practice early the day Gus Edwards and Marcus Peters went down
• Reversed the severity of injuries to Nick Boyle and Derek Wolfe
• Found a cure for COVID

Then the Ravens wouldn’t be in this situation today, one in which they need help from other teams in order to make their fourth-straight playoff appearance. How could you Eric DeCosta?

Now there was a time when I thought that Tim Barbalace, a board-op on The Fan who has filled in as Vinny Cerrato’s sidekick when Bob Haynie is on vacation, was a bit more sensible than the Accessors. Apparently, that has changed. Apparently, I was wrong.

The Ravens are 8-7 and are the 8 seed as it stands today. This was seen as a Super Bowl or bust type of year back in August. Question of the day: Did Eric Decosta do enough this offseason/in-season for the Ravens or do you just chalk it up to bad luck/injuries/COVID? https://t.co/zcvvHOP5gQ

Barbalace’s Twitter profile states that he’s now the producer of Inside Access (not sure I’d brag about that). But I’ll cut the 26-year-old Barbalace a little slack. Maybe when you hang around with that sophomoric pair long enough, it starts to rub off.

But back to DeCosta for a moment…

Let’s keep in mind that all of the above was completely out of his hands. Let’s also keep in mind that the NFL isn’t MLB. Teams are restricted by the salary cap (apparently unbeknownst to Inside Access) when seeking reinforcements. And as for 2021 being a “Super Bowl or bust” season, who said that and why is that the case? Sounds a bit like Barbalace trying to steer the narrative.

And speaking of steering narratives, you can almost hear Cerrato smiling whenever a front office decision doesn’t go as planned. This former NFL GM, best known for arguably the biggest free agent signing bust in league history (Albert Haynesworth) while also wasting big dollars on players past their prime like Deion Sanders and Irving Fryar, can’t wait to take a swing at DeCosta. I suppose that’s what happens when the league discards you like a Blockbuster Membership Card and you end up on a midday talk show in the nation’s 22nd-ranked market. But I digress…

Let’s all remember that DeCosta was the 2019 NFL Executive of The Year as voted on by his peers. When any of Weinman, LaCanfora, Barbalace, Cerrato or The Fan’s enabler, Program Director Chuck Sapienza ever win something remotely close to that, then maybe I’ll buy what they’re peddling. And since the wiser among you know that will never happen, don’t let them sway you with their 50,000 watts. If listeners are lucky, they’ll all be long gone before Eric DeCosta is. 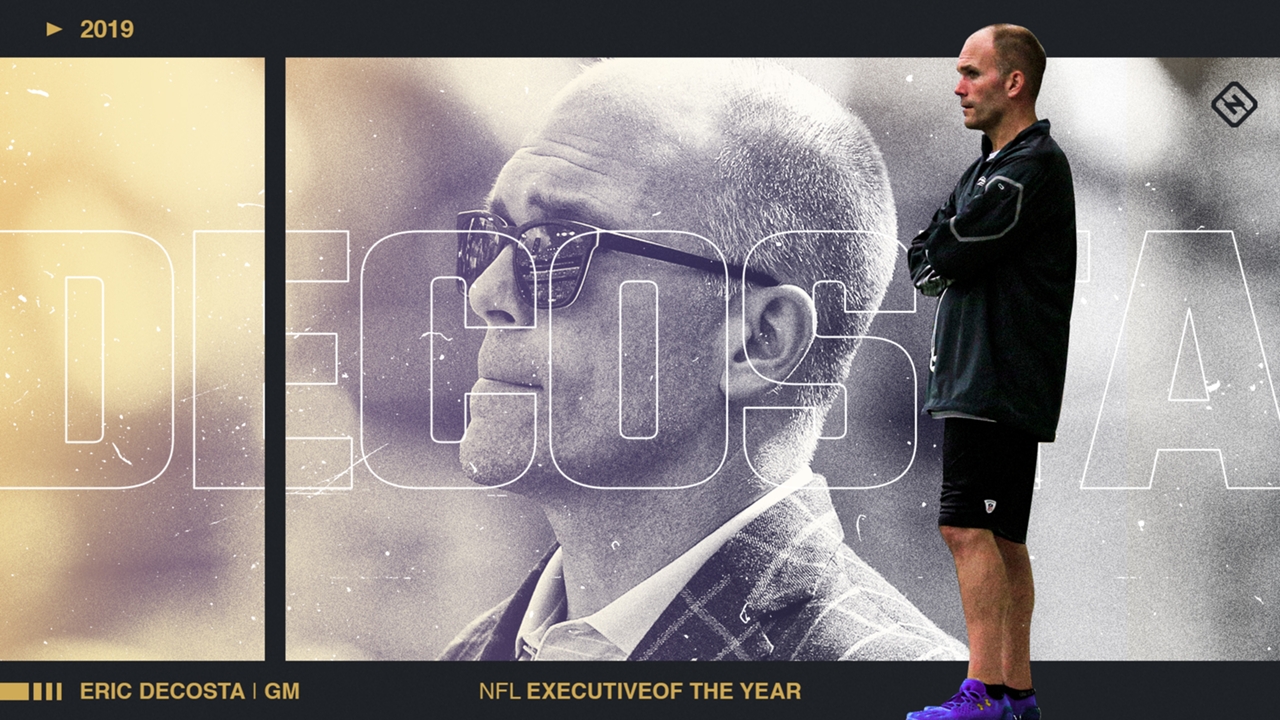 The Ravens still have an outside chance to make the playoffs. Maybe Lamar returns. Maybe a few guys come off the COVID-list. Maybe Nick Boyle and Patrick Ricard finally see the field together. Maybe the Ravens play with nothing to lose, with house money, making them a bit more dangerous.

As you know the Ravens are (8-7). With two games left (10-7) is the best they can hope for but even then, they aren’t guaranteed a playoff berth. For the Ravens to win the AFC North, they’ll need help from Kansas City who travel to Paul Brown Stadium as 5-point road favorites. Then the Ravens will need help from Cleveland who host the Bengals in Week 18. Keep in mind that the Browns beat the Bengals 41-16 in Week 9. The early line lists the Browns as 6 ½ point favorites.

If Cincinnati is able to take care of their own business and win The North, the Ravens could still get reasonable help elsewhere and back into the playoffs. Should Buffalo advance to (11-6) with winnable games against the Falcons and Jets, the Ravens could earn a wildcard berth if two of the following happen:

Other long shots exist, but for now, those seem like big-time reaches to even discuss at this point.

Unfortunately these two topics have severely tarnished the Ravens 2021 season, neither of which the team could have prepared for other than to acquire quality depth at a reasonable price. The fact that we’re still talking playoffs given all they’ve been through, suggests that the team does employ talented reserves.

The quantity and severity of injuries could be written off to bad luck. But should it be?

When Ravens safety DeShon Elliott went down with a season-ending pectoral/biceps injury during the team’s November 7 game v. Vikings, the former Texas Longhorn vowed to return stronger than ever.

Love you keep your head up. #firesteve

The most interesting part of the Tweet was former Raven Matthew Judon’s reply that concluded with #FireSteve. “Steve” is Steve Saunders, the Ravens “Head Strength and Conditioning Coach”. Less than a month later, Marlon Humphrey was lost for the season with a right pectoral tear.

Maybe it’s just a coincidence. Maybe it is just all bad luck. But there’s just entirely too much at stake for the team to casually dismiss it as the collateral damage of misfortune. The organization owes it to the players to thoroughly investigate the team’s training methods and even the facilities to be sure that the rash of injuries isn’t something more than a visit by a black cat.

There’s a song by the Rockville, MD based band O.A.R. called “Go Through”. I liked it immediately. It’s a song about perseverance, self-awareness and adversity. I thought of it recently after reading this Tweet from the wife of Eric DeCosta.

It’s in God’s hands. We have been through it all season. Only way is through and I sure do believe in whoever we got. 💜

Full disclosure, there have been times recently when I’ve thought, “I can’t wait for this season to end”. I know that there are media members who feel the same. It just seems that with every step forward the Ravens take, there are two or more steps backwards. We just seem to be spending so much time discussing and dealing with negative developments that it zaps the fun out of it all. But in the end, we have no choice but to “go through”.

Thanks for that reminder Lacie!