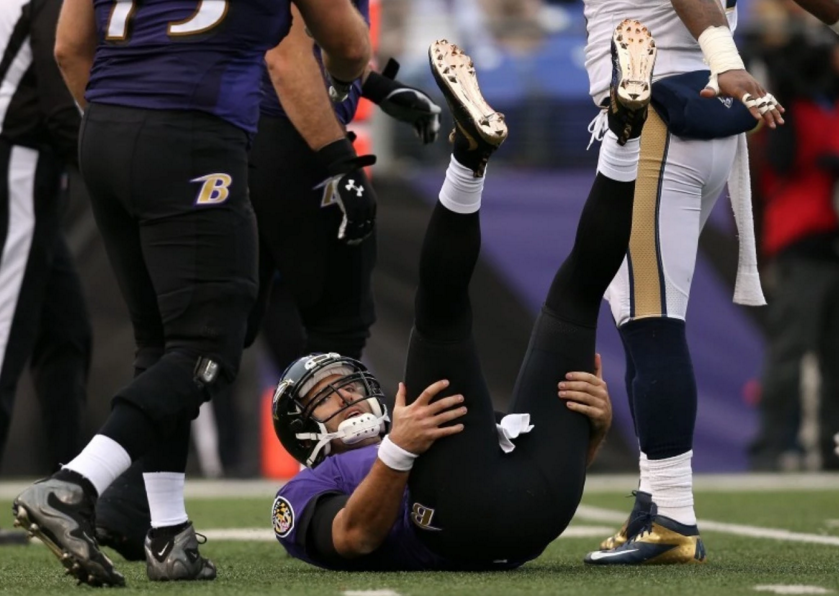 In the wake of Joe Flacco’s knee injury during the Ravens 16-13 win over the St. Louis Rams, we thought it would be enlightening to have a sports medicine surgeon share his thoughts on the injury and the road to recovery. We are pleased that Dr. Steven Bleckner, a surgeon with The Centers for Advanced Orthopaedics – Orthopaedic Specialists of Metropolitan Washington Division, was more than happy to address the concerns of Ravens fans everywhere.

Tony Lombardi: Last season on November 9 the Cardinals’ Carson Palmer tore his ACL and was practicing with the team by mid-June. Is that typical of a return to the field following an ACL injury given advancements in sports medicine?

Dr. Steven Bleckner: Overall, about 80 percent of all players in the NFL will get back to competitive play between six and nine months. Some of them will play as early as six months, and we obviously strive to get them ready again by the season opener. Obviously, different factors can affect this, including any infections or post-operative complications – which luckily are rare. However, it’s important to keep in mind that most players are not back at their pre-injury level of play for at least a year from surgery, and some never return to the game. In fact, a research study by James L. Carey, MD, published in the Journal of Sports Medicine found that only 79% of players with ACL injuries returned to play in a regular season. Of those who returned, performance fell by one-third.

TL: Joe Flacco is believed to have torn both his ACL and MCL. Does the MCL injury add to his recovery time?

Dr. Bleckner: Having the MCL injury usually doesn’t delay the recovery time because it typically doesn’t require surgical repair and will heal on its own within the same timeline. Now, if there is a meniscus injury or other cartilage injury, it could delay his return to play. A cartilage injury would need to be repaired or dealt with surgically.

TL: Does playing quarterback have any more or less demands on recovery and return to activity than other positions?

Dr. Bleckner: Quarterback is a very demanding position, mentally and physically. Joe Flacco tends to do a lot of scrambling, and so the team physicians will have to ensure that his knee is ready to withstand that level of activity before putting him back in the game. His return to the game will be dictated by overall recovery progress, because going back too soon would be detrimental due to the potential for re-injury.

TL: Joe Flacco has been the team’s iron man. Can one athlete be more genetically gifted and therefore possess an ability to heal more quickly than another athlete?

Dr. Bleckner: While everyone is genetically different, I think the most important fact is that he was in phenomenal physical shape beforehand. Any NFL player is a special individual in terms of overall strength and capabilities, simply to get to where they are. Because of this, his overall recovery will probably be much faster than the average person because most of us aren’t in such great shape, and it takes longer and is harder to get back into shape. The Baltimore Ravens training staff is among the finest in the league, and I know they will do a great job.

TL: We hear that aggressive rehabilitation can be exhausting. What lies ahead for Joe during the healing and rehab process?

Dr. Bleckner: Decreasing the initial post-operative swelling and increasing the range of motion will be paramount early on. Once they have established that, the training staff will be working on his strengthening program. He will probably have intense, daily physical therapy. An NFL athlete has the benefit of a full-time training staff to work on them post-operatively, while most other patients are going to physical therapy just three days a week and doing the exercises on their own the other days. It will indeed be exhausting, but it’s what he gets paid to do. Right now, his full time job is recovering.

TL: What risks are associated with a return that is too early?

Dr. Bleckner: The biggest risk associated with going back too early is that his leg won’t be strong enough and won’t yet have complete mobility. If it’s not, and Flacco’s not able to protect himself, he puts himself at risk for another injury. RGIII is a good example of someone who shouldn’t have been playing while he was hurt, and came back too early after recovering. 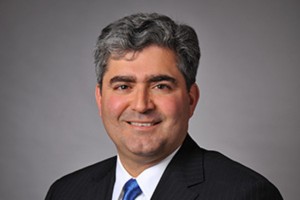 TL: When would you expect Joe to return to the practice field without restrictions?

Dr. Bleckner: Barring any other pathology in the knee like cartilage damage or very bad meniscus tears, and barring any post-op complications like infections, he probably should be back by next year’s season opener. Of course, the caveat is that I don’t know all the clinical data surrounding his injury.

NOTE: If you have any additional questions for Dr. Bleckner post them in the comments below and we’ll be sure to get them answered.