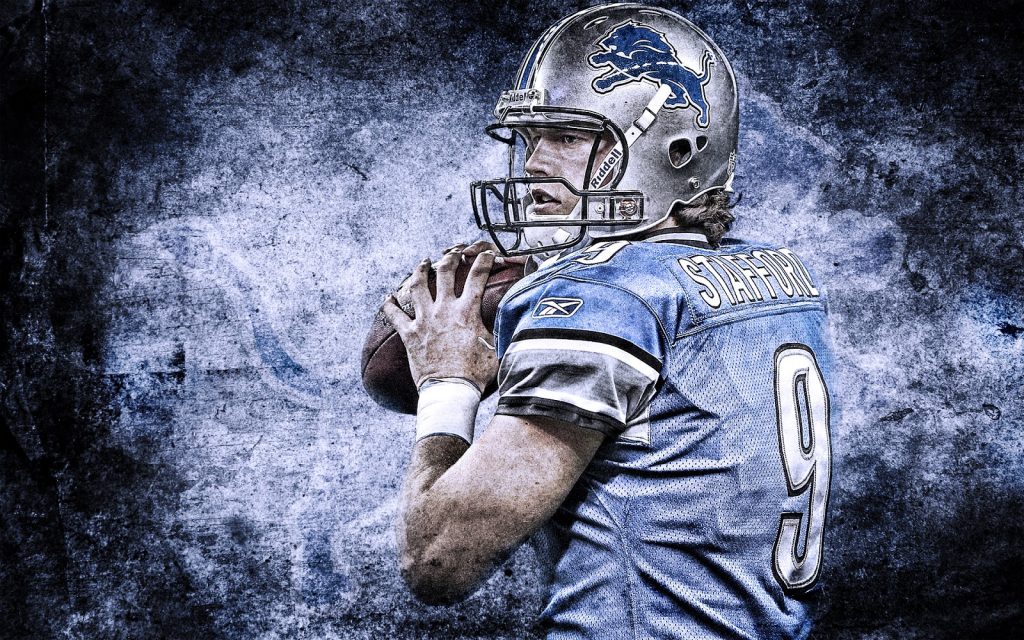 There has been plenty said about the Raven’ inept third-down offensive efficiency. Did you know the Ravens are currently on an 0-26 streak when it comes to converting a third-and-10 or longer?! I can’t take credit for finding that stat, it jumped out at me when I was reading Tony Lombardi’s The Good, the Bad, and the Ugly column this week. Offenses manage a conversion in these situations by accident, through penalty. Something, anything.

Third-down efficiency is typically tied to how an offense performs on first down. The best offenses are always generating around four yards per clip to set up manageable down-and-distance in second down and third-down situations.

Against Detroit, first-down efficiency has to be much, much better than it was against the Texans. On Monday Night, there were 10 first down plays in which the offense either lost yardage or didn’t gain any yards.

The Ravens need to generate more drive-starter pass plays for Joe Flacco. What happened to the sit-down route the team used to run to get their receivers a quick four-to-five-yard gain over the middle? It seems like throwing over the middle is a foreign concept these days, but that’s the area of the field that Flacco needs to attack more often on first down against Detroit.

It’s also critical for Marty Mornhinweg’s offense to stay in manageable third downs against the Lions’ speedy front led by Ziggy Ansah and the newly acquired Dwight Freeney. That duo has the ability to wreck the game from the outside-in.

If the Ravens have a clear advantage in this matchup, it’s in the ground game. It’s no secret that the Lions are vulnerable. Minnesota racked up 136 yards on Thanksgiving. Detroit could take solace in the fact that they held the Vikings to only 3.3 yards per carry. But it’s the chunk plays that are still killing them.

Schematically, the Vikings ripped off one of their longest carries on a play in which they loaded up the strongside with an unbalanced look (left tackle slid to the right side), only to have Latavius Murray cut the ball back to the weakside. In fact, Murray was consistently sound in his ability to cut back away from the strong side of the unbalanced look – a clever wrinkle they employed after running behind the strong side so well against the Rams.

This tactic sets up well for the Ravens as well, given that they also show plenty of unbalanced looks. When Baltimore is in their power, unbalanced looks, they should motion tight end Nick Boyle to the strong side to get the Lions’ line to over-pursue to open up the cutback opportunities to the weak side. 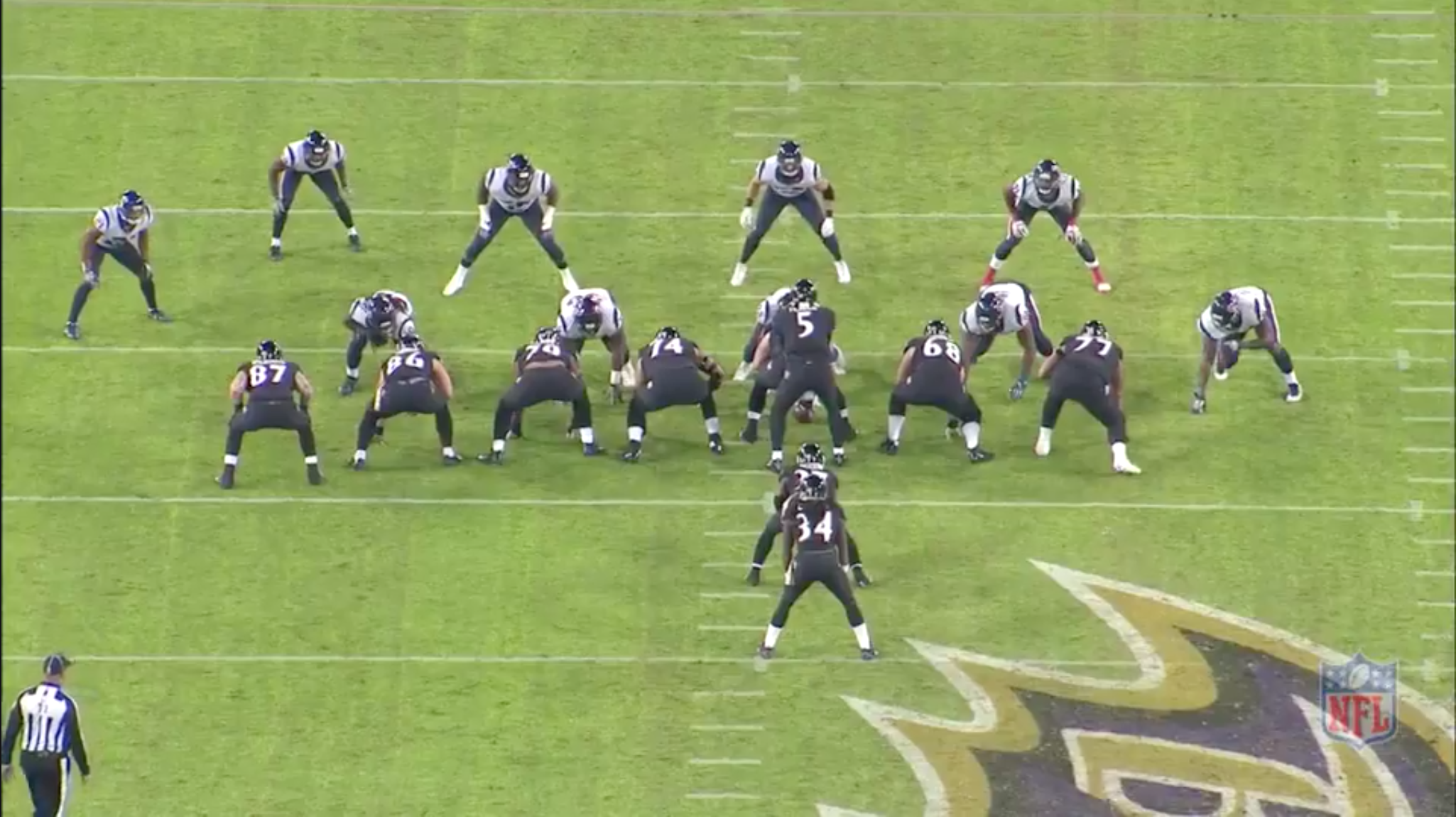 Speaking of unbalanced, you rarely see the Ravens stack their receivers or create a numbers advantage to one side of the field through trips or bunch sets. Last week, Houston put on a clinic using overload formations to create isolation opportunities for DeAndre Hopkins. Their trips looks created questions for the Baltimore secondary – should they keep Eric Weddle to Hopkins’ side or should he help the outflanked side?

Similarly, the Vikings used a variation of unbalanced looks from their two-wide and three-wide pattern combinations. Instead, tight end Kyle Rudolph was the target to the isolated side. Rudolph lined up on the line to the strong side with the entire field to navigate on a corner route that went for a TD, off a play fake. The key guy who was targeted on the play? OLB Tahir Whitehead.

The Lions backers can be isolated and exposed in coverage. We’ve seen the Ravens use twins looks (when Mike Wallace and Jeremy Maclin line up next to each other to the weakside of the formation) to give their TEs room to attack the opposite strong side. They should turn to these formations more often to create iso mismatches.

The last time Dean Pees faced Matthew Stafford nearly four years ago, he really had the Detroit QB’s number in the pre-snap phase. Stafford had a hard time adjusting to Pees’ overload looks when the Lions were in spread formations. It was one of the few times when a Pees defense adeptly timed the pre-snap movement so Stafford didn’t have a chance to adjust.

Fast forward to 2017, and the Detroit signal caller has progressed in the pre-snap phase. He’s outstanding at working the play clock so he’s at the line to see the defense and call out the blitz looks well before he needs to snap the ball. Stafford has total autonomy to change the play to a run or pass based on what the defense shows.

Detroit remains a heavy spread formation offense. With the emergence of T.J Jones, and Kenny Golladay returning to full health, they will show a lot of three-wide and four-wide looks. That means the overload blitz options are still in play just as they were years ago.

Minnesota came after Detroit with a mix of late double A gap and cross blitz action up the gut, and it worked well. The key was how well the Vikings disguised and timed their blitz right before the snap.

In terms of disguise, Pees is going to need to show less movement before the snap. Keep his rushers in a static position before they move post-snap. Ultimately, he’ll need to keep Stafford from keying in on any given pre-snap tendencies and the blitzers need to maintain their composure as close to the snap as possible. 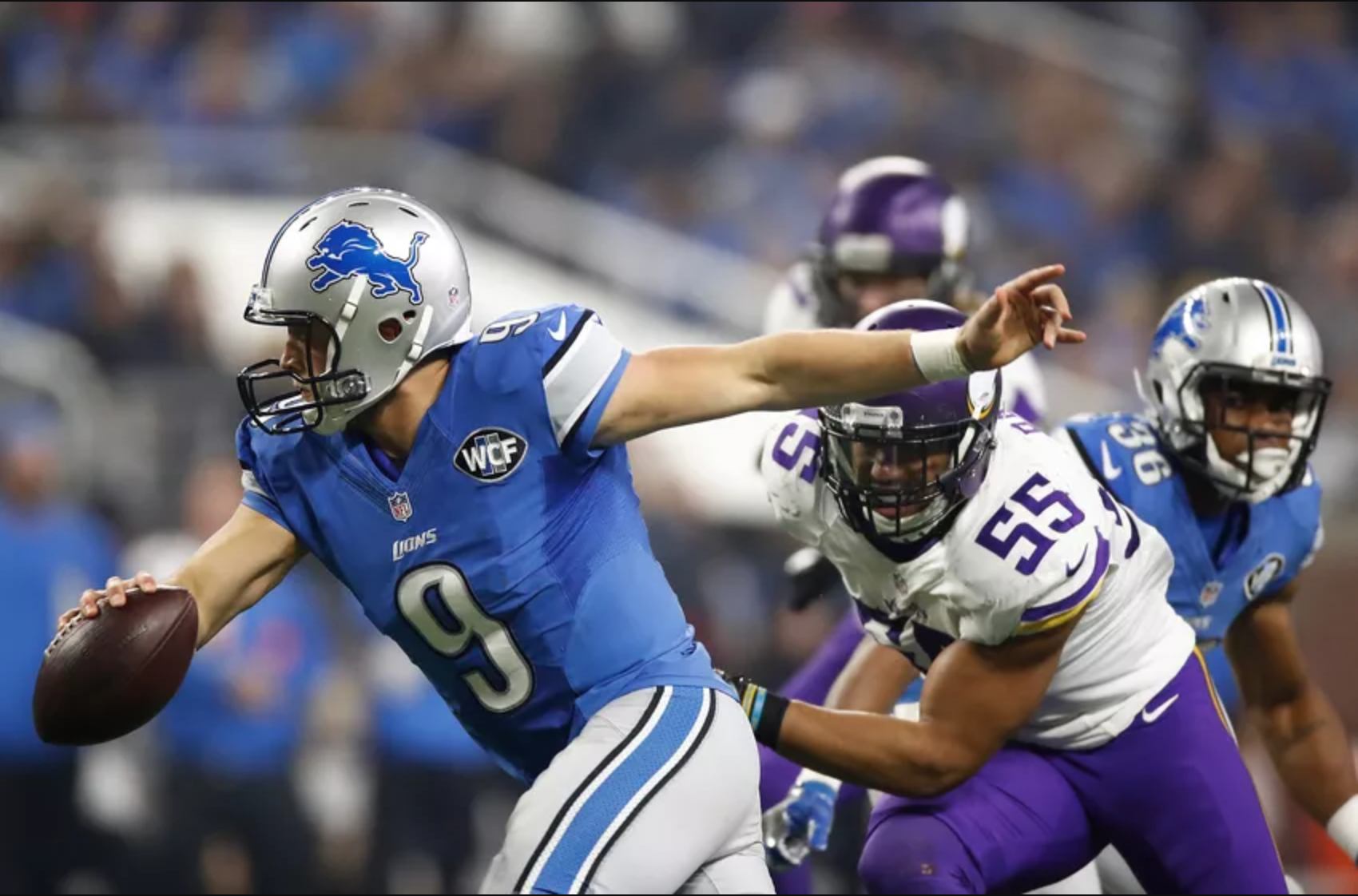 The Ravens are predominantly a man-to-man coverage defense that is showing more and more Cover 1 (at least in their base scheme) to defend the pass. Against the Lions’ shotgun spread, they’ll need to mix up coverages and run more Cover 2 to slow down the Detroit passing game and keep the big plays down to a minimum.

For the Ravens, playing Cover 2 can be an adventure at times, especially with safety Tony Jefferson. There have been times when his spacing is off or he gets caught peeking in the backfield. Regardless, he’ll need to play with more discipline, as the Ravens will need to get as much as they can out of these coverages to keep Stafford from going over the top. Coming into this game, he’s the highest rated deep-ball passer with a rating of 128.6 according to PFF.

Along with pushing the ball downfield, Detroit offensive coordinator Jim Bob Cooter designs nifty screen plays to get his backs and receivers loose in space. Receiver Golden Tate is arguably the best in the league at turning a quick slip screen into a chunk gain. With his compact build, he’s got tailback ability, and he’ll break tackles through power and elusiveness. 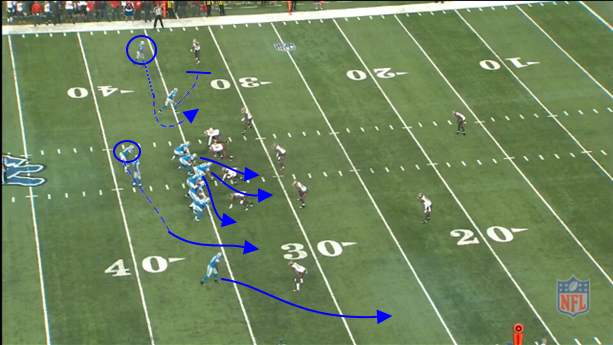 Theo Riddick and Ameer Abdullah are also dangerous targets the defense will need to be aware of, especially in third-down situations.

Detroit will set up their screens to backs and receivers through pre-snap motion and post-snap misdirection. They don’t run static screens that are easy to detect – they’ll give the defense plenty of window dressing to challenge their eye discipline and gap responsibility.

Between maintaining their technique and not falling for the initial fakes the Lions run to draw the defense out of position, the Baltimore defense also needs to bring their tackling A game.

It’ll be interesting to see how Wagner, the former Raven, adjusts after having a forgettable performance against the Vikings star rusher Everson Griffen. Overall, Wagner hasn’t lived up to his contract. He continues to struggle when defensive linemen can get their hands on his chest and drive him back. Judon has some Griffen in his game. He’s long, athletic, and uses his hands well. He’ll need to keep Wagner off balance by mixing up his rush moves.