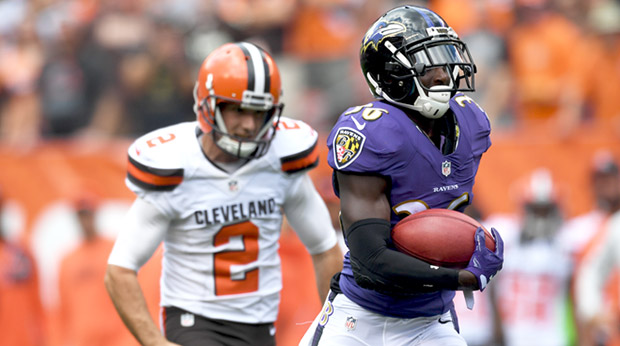 The Ravens could be challenged to add key free agents in the offseason because of salary-cap restraints.

The franchise has about $13.8 million in cap space, according to Spotrac, which tracks team and player contracts, salaries, salary cap management, payrolls and other financials,. However, Russell Street Report’s Brian McFarland estimates Baltimore’s salary cap number to be just over $6 million.

Either way, the Ravens won’t be big spenders in free agency. That’s never been their modus operandi.

As a result, the Ravens are going to need several players on the current roster to take the next step with their development, mainly the 2017 draft class, which performed unevenly in its first season.

Cornerback Marlon Humphrey was the obvious bright spot and took over the starting role for the injured Jimmy Smith, who tore his Achilles against the Detroit Lions in Week 13. Humphrey, who finished the year with two interceptions and 33 tackles, should be a mainstay at cornerback for years to come.

Nonetheless, the Ravens still had critical breakdowns in the secondary. The hope is Tavon Young and Smith can return from their injuries and correct some of the weaknesses. The Ravens did lead the NFL with 22 interceptions.

General manager Ozzie Newsome committed to boosting the pass rush last offseason. As a result, he used the team’s second round selection and one of two, third-pound picks on players who showed they could get to the quarterback in college. Unfortunately, neither made much of an impact. 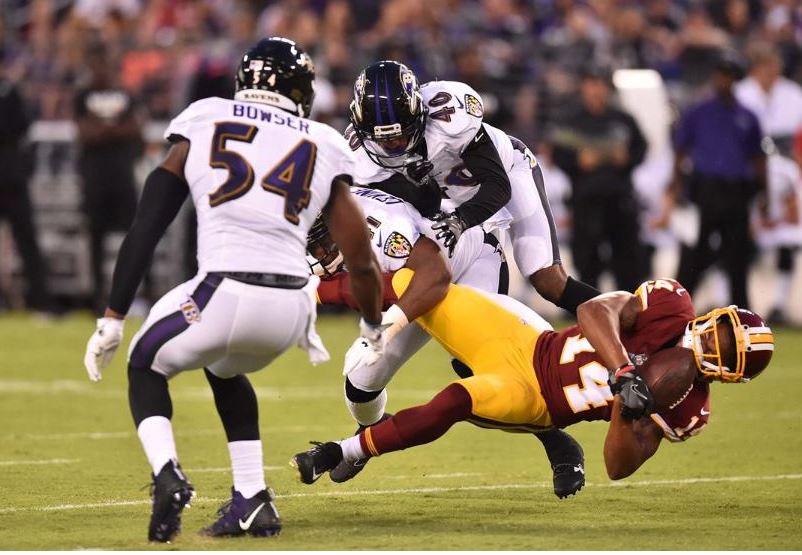 Tyus Bowser, the team’s second-round pick from Houston, finished the season with just three sacks. However, he did appear in all 16 games and there is a huge upside to his game once he learns to shed blocks more efficiently.

Fellow linebacker Tim Williams raised the bar with a strong training camp. However, once the regular season began, he couldn’t effectively set the edge as a pass rusher. He was a healthy scratch for the last three games. Still, the Ravens remain confident in his upside and Williams vowed to spend the offseason improving his game.

Baltimore finished the year tied for 11th with the Bengals with 41 sacks.

The Ravens might have reached for defensive tackle Chris Wormley from Michigan in the third round. Wormley could not earn a regular spot in the rotation behind a deep defensive line and was a healthy scratch for nine games. He made just five tackles. The hope is he comes back and follows the arc of fellow Wolverine Willie Henry, who had a breakout season.

The Ravens made their first selection on the offensive side of the ball by taking guard Nico Siragusa from San Diego State in the fourth round. Siragusa emerged as a contender for a starting role before he injured his knee during training camp. He did not play a snap all season. However, if Siragusa can remain healthy, he could battle for playing time in 2018. He certainly has provided some early optimism.

Newsome added depth to the offensive line one round later by taking Jermaine Eluemunor from Texas A&M. Eluemunor was initially seen as a work in progress before he was thrust into the lineup because of injuries. He started two games for right guard Matt Skura and provided valuable depth.

If Marshal Yanda, Alex Lewis and Siragusa return healthy, the Ravens’ offensive line could emerge as one of the best in the NFL. However, injuries have played a key part in the team’s recent struggles. That is a disturbing trend that desperately needs to be reversed.

Finally, the Ravens selected Chuck Clark with their sixth and final pick. Clark quietly worked hard each day and took advantage when provided with opportunities. He became a key member of special teams, which is a vital way to catch Harbaugh’s attention.

Look for him to take another step forward next season … ideally with the rest of the team.