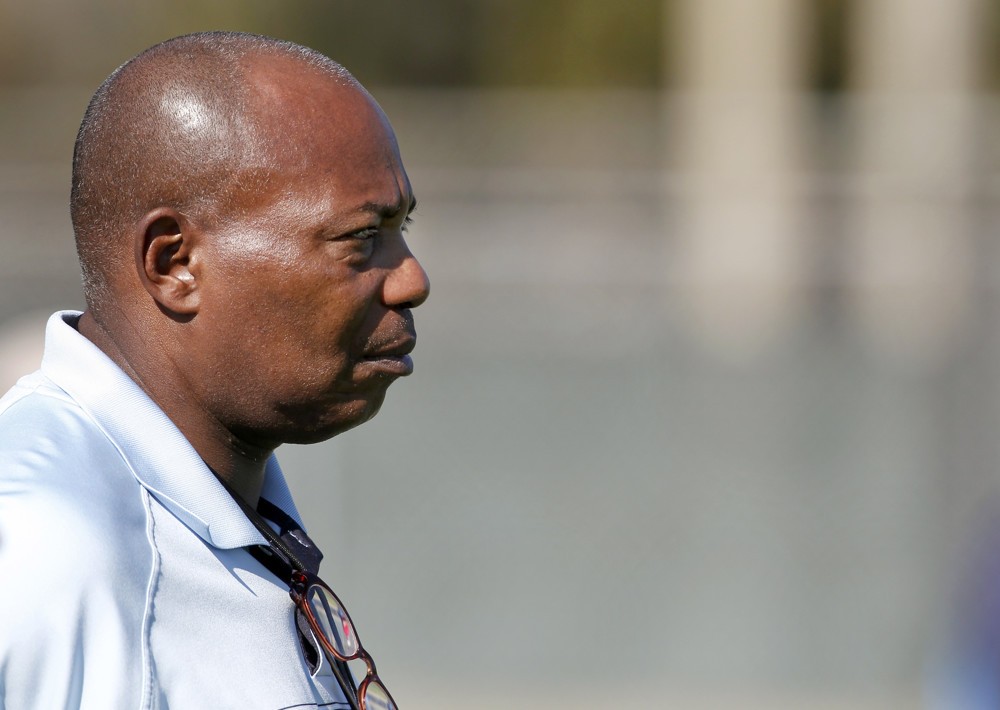 The Reality of Pick 16

Mock drafts done before the combine and free agency should be taken with a grain of salt – and always remember, they are just strictly guesses. Players’ draft stock usually rises or falls at the combine and a team’s draft strategy may change depending on what free agents they sign. For instance, everyone has Cleveland taking a QB first overall and that is a reasonable assumption. But say the Browns acquire Kirk Cousins, then they won’t take a QB at one and every mock draft that has been done can be flushed down the toilet!

There is one trend that I have seen, that I do agree with and that is the Ravens using the 16th pick on an offensive lineman. While that may not appeal to most fans, in reality, if they stay at that spot, that is the most likely scenario. Names such as Mike McGlinchey, Orlando Brown, Jr., Connor Williams, and Billy Price will all land somewhere in the range of 14-22. The Ravens (and their fans) should be very happy if they land one of these plug-and-play guys.

The Ravens have done a nice job in recent years drafting and developing offensive linemen. Imagine pairing one of those guys with Ronnie Stanley, Alex Lewis, Marshal Yanda, and Matt Skura or Ryan Jensen. Not to mention second-year man Jermaine Eluemunor who, while still raw, played decent last year, and the return of Nico Sirgausa who missed all of last season. All of a sudden you have a very talented home grown line, who all are under team control for at least two more years (with the exception of Jensen, who will either be re-signed and will then fall into that category as well, or will be elsewhere).

Not getting excited? Take a look at the Cowboys. In 2013, with the 31st pick of the draft, they selected Travis Frederick a center. Fans booed. A year later in the first round, tackle Zack Martin. 2015 they signed guard La’el Collins as an undrafted free agent. Team them all up with 2011 first-round pick, tackle Tyron Smith, the Cowboys have arguably one of the best lines in the NFL.

Trading Up or Trading Down?

There is a segment of Ravens fans who feel the team should do whatever it takes to trade up and grab Alabama wide receiver Calvin Ridley in the first round. I hate to be the bearer of bad news…but that’s not happening.

First, the Ravens value their picks and they do not have a history of trading picks to jump up higher in the draft. In order to move up into the top 10 to get Ridley, it would cost them a number of picks this year and probably their first rounder next year. I can’t imagine Eric DeCosta would want to trade anyway his number one pick for next year given that will be his first year running the draft. Second, the Ravens have way too many holes (and limited cap space) and the draft may be the best way to address them. I have said it a ton so far and I will continue to say it: this draft has depth!

I would however advocate for the Ravens to trade down and gain more draft capital. If that’s the case, Buffalo would be my first call. The Bills currently own picks 21 and 22 as well as two second rounders and a third. The Ravens could swap first-round picks and pick up a third-rounder in the process. The Bills, among other things, need a QB and if one is there at 16, the Ravens would be smart to pick up the phone.

Another popular topic around town is the Ravens looking for their next QB in this year’s draft. Makes sense – Joe is getting older, he is getting ready to enter his 11th year, his play has not been up to par, and the Ravens can realistically cut him after the season.

But let’s take a step back for a moment and look at a few variables. As mentioned above, the Ravens have eight picks, and they need help this year, so why would they want to spend a pick on a guy who won’t even see the field in 2018? Do you think John Harbaugh, who by all accounts is coaching for his job, wants to use a pick on a QB who won’t play this year? No, he wants to draft a guy who will help him get to next year!

If you haven’t heard, Ozzie is leaving after the season. So if you do move on from Joe after the season, don’t you think DeCosta (The next GM!) would want to pick the next QB? Not to mention, if this season bombs, and Harbs is gone (and probably Joe along with him), wouldn’t it be best if the new head coach had a say as to who his QB will be (a la Harbs and Flacco)?

And yes, a GM should always look at how to make their team better for the future, but this is an odd year for the Ravens. Ozzie is on his way out and DeCosta will take over.

This draft may be more about this year than the more distant future. 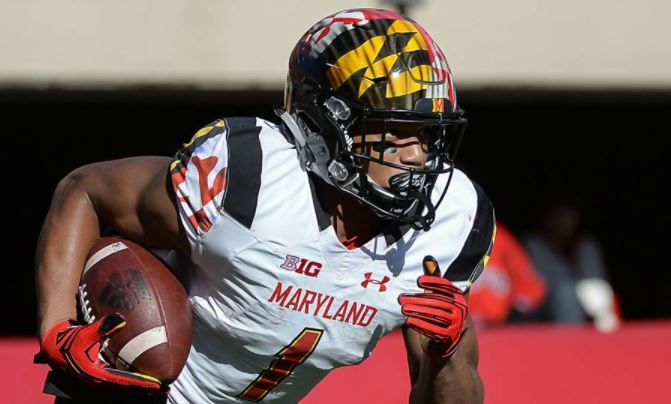 My Fear with D.J. Moore

Recently NFL Network’s Mike Mayock and Daniel Jeremiah released their positional rankings for the draft. D.J. Moore was ranked in the top five by both, and Jeremiah went on to say that after watching tape, he thinks Moore is a “Top 40 player.”Moore is already starting to get national attention and that’s even before the combine.

This does not bode well for fans who were hoping the Ravens would take the former Terp in the second round. Moore is a guy I am really high on and thought, mainly due to the fact he played at Maryland, there was a high chance he could still be there when the Ravens picked in the second. Alas, my nightmare has come true. Moore’s name is getting mentioned more and more among the top half of wide receivers.

If all goes well at the combine and his pro day, it may not be much of a stretch to think that he’ll sneak into the end of round one.

A month ago, I mentioned how the Ravens often take advantage of scouting the Senior Bowl, drafting 36 players since 2008 who played in the game. You can bet if they continue down that route this year, the player will be taken in either the third or fourth round (18 of 36 have) and they will probably use their comp pick on that player (13 of the selections have been comp picks).

The outcome of those picks has not been pretty. If you don’t include the eight Senior Bowl picks from the past two years (Bowser, Wormley, Siragusa, Kaufusi, Dixon, Moore, Young, and Canaday) since the jury is still out, here are some stats that will make you feel uneasy if you hear a player from this year’s game get called by the Ravens:

— Of the 28 picks, two have earned second contracts with the Ravens (Joe Flacco and Brandon Williams)

Aside from K.O. and Wagner, all have spent more time injured or were “JAGs” (just a guy).