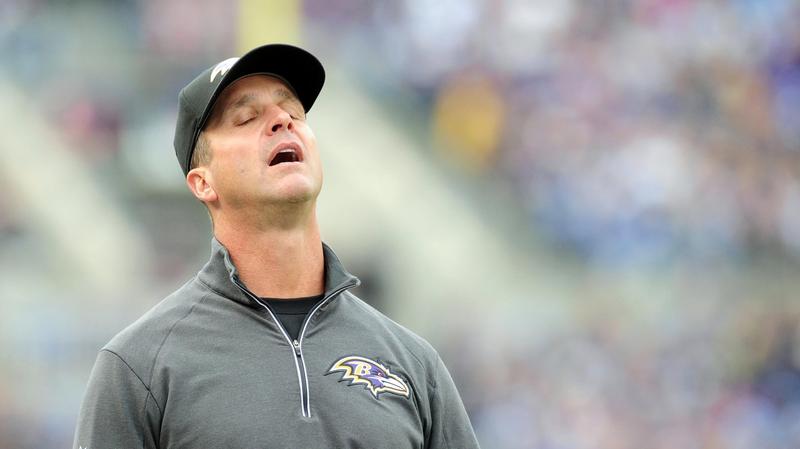 The Ravens have enjoyed a relatively quiet off-season (except for the media hype surrounding Lamar Jackson, of course). All of that ended, when Jimmy Smith was suspended. That was immediately followed by Hayden Hurst suffering a stress fracture in his foot, which will sideline him until the 3rd or 4th game in the regular season.

Then DeShon Elliot broke his forearm, essentially ending his season before it began. Greg Senat followed that up with an early exit against the Dolphins, which turned out to be turf toe. The Ravens fanbase has been holding its collective breath ever since, fearing that the injury bug – which has pestered the Baltimore football team since 2014 – has reared its ugly head once again.

Is this lack of NFL-level conditioning rearing? Is it a freak accident combined with not resting your older players (sorry, Ginger Thor, had to be said)? Or is it the fault of preseason? Which brings me to my next subject…

As injuries around the league increase (thanks, San Di… Los Angeles Chargers), so does the ‘preseason causes injuries’ talk. And to a point, people are correct – preseason does cause more injuries. You know what else causes injury? Not being in football shape, and trying to play football, which is what would happen if the preseason was taken away, or even shortened. On the other side of that coin, having a longer season, but a shorter preseason, would also mathematically/statistically bring about more injuries.

I’m a fan of preseason for about two weeks, simply because by the time it rolls around, I haven’t seen live football for 6-8 months, depending on how my team did the season before. After those two weeks, I watch the drives from the starters, and then I start gearing up for the regular season. But to say that it should be completely taken away, even if replaced with joint practices, is foolish. You’re risking more injuries by not being in football shape. That puts your team, and fantasy players, at risk. (Oh, and the actual players as well, because apparently they are human.)

Trading Correa was the right move.

Since the news about the Ravens trading Kamalei Correa broke on Tuesday, I have pored through.. hundreds?.. thousands?.. of ‘hot takes’ and opinions on the subject. Allow me to do a quick session to address some of those concerns:

A: Yes. Correa was going to be at the bottom of the depth chart, if he had made the team at all. The Ravens managed to scrape some compensation out of a guy who had produced nothing, and likely would’ve become a free agent.

Statement: This is Ozzie’s fault! Just another failed early pick!

Response: Yes and no. Yes, Ozzie has been.. less than great.. in the 2nd round, especially lately. In fact, no 2nd round pick has ever played for the Ravens for more than five years. HOWEVER. In trading back, that draft, he acquired the draft picks that brought us Willie Henry. Tavon Young. Chris Moore. Matt Judon. My point is that, if you focus on the failures, you can’t see the successes.

Q: Does the trading of Correa signify more trades coming?

A: In my opinion, yes. ESPN reported that teams had been calling the Ravens about K. Vedvik, the UDFA with a cannon for a leg. Couple these events together, along with the lack of support along the interior offensive line, and I could definitely see the front office coupling the Correa pick (it isn’t conditional), as well as a bubble player or two (to make room on the roster) for some OL help.

Statement: I’m mad at Ozzie because he traded Correa, but he still has Ghost on the team.

Response: First of all, world of difference here. The Ravens are deep at the LB position. They are decidedly not at the wideout position. Ghost (Breshad Perriman) was paid a bonus at the start of training camp. Correa was owed no such expenditure. Overall, this is a snap reaction – Correa isn’t on this team anymore, and Ghost won’t be on Saturday afternoon.

RGIII should make this roster.

The Ravens can’t afford to run the risk of not having a starter-level QB in the wings, should something happen to Joe Flacco. Robert Griffin III has been far-and-away the best of the backups, and outside of the one ‘breakout’ game against the Dolphins’ camp bodies, Lamar Jackson has been less than impressive.

They can still run the ‘Lamar Package’ trick plays, by swapping out active QBs from week-to-week, and they can keep opponents guessing by doing the same thing. Lamar will still get experience to help his development, but the Ravens would have the security of having a backup plan (pun intended) if Flacco did go down.

In my opinion, there’s a reason why RGIII hasn’t been listed as ‘on the trade block’ thus far, when other backup quarterbacks have been. This decision will come down to the wire, and the Ravens should err on the side of caution in what appears to be a ‘win or blow the whole thing up’ year in Baltimore.

Waller should also make this team.

Hayden Hurst is out for the beginning of the season. Mark Andrews hasn’t exactly inspired confidence. Nick Boyle is the best blocker on this team that doesn’t play OL. Maxx Williams can’t get out of bed without hurting himself. Keizer is as good as gone. And I’m not even sure Vince Mayle is a real person.

Enter Darren Waller. Coming off of a year-long suspension, he’s easily more athletic than Williams, and (I think) can offer more in the passing game than Mayle. That being said, as the TE4, he doesn’t need to offer more in the passing game, especially if Hurst is a short-timer on the injury list. Waller’s specialty is just that.. special. As in, teams. On a team that lauds special teams ability, keeping Waller around just makes too much sense, especially after waiving a guy that they liked, just to fit Waller on the 90-man roster.

That’s it for this week, folks. Be sure to tune into the Neutral Zone Infraction podcast, with Adam Bonaccorsi and myself, for more Ravens talk!