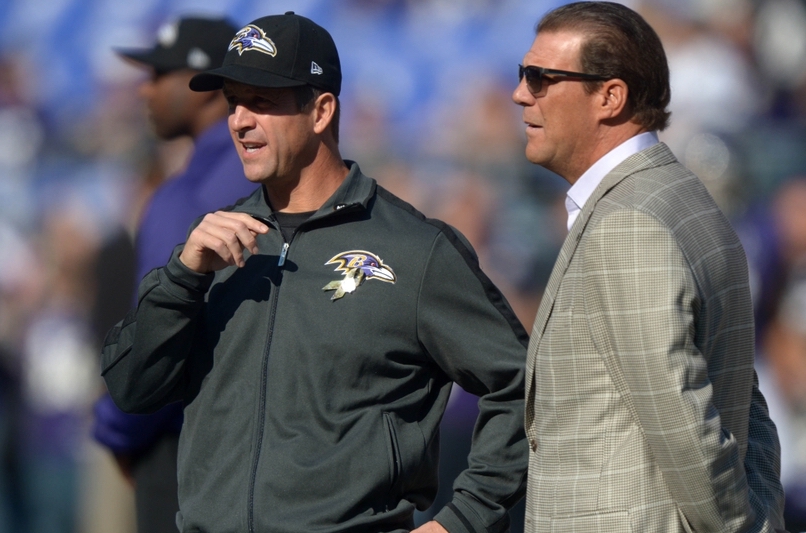 For Better or Worse…

The team has battled injuries, especially on the offensive line, opponents have adjusted and are attacking them differently, and the offense has struggled to score in the red zone after record-setting early success.

The Ravens also began training earlier than another team because of they had to prepare to play in the Pro Football Hall of Fame Game and some of the players are simply dragging.

As a result, the bye week came at a perfect time. Harbaugh decided not to practice and several players, such as offensive linemen James Hurst and Ronnie Stanley, will benefit from the extra rest.

“It’s a long season, obviously. It’s been a tough stretch,” Harbaugh said. “We’ve played three really good football teams the last three games. We haven’t won them. Two of the three have been really tight, good football games, and we didn’t do enough to win one, two or any of those games, so that’s the difficult part. The ‘plus’ part is they’re good football teams, and we’ve been going hard. Our players have been playing hard.”

At this point, the Ravens need to turn their focus to earning a playoff spot as a second wild card team. The Chargers (6-2) are in the driver’s seat for the the first spot, which means the Ravens are battling the Bengals (5-3), Dolphins (5-4) and Titans (4-4) to earn the final bid.

The Ravens already beat the Titans and have an opportunity to make up ground with games against the Bengals (Nov. 18) and Chargers (Dec. 22) still remaining.

However, the Ravens are fighting an uphill battle. The margin for error has gotten thin.

The recent three-game losing streak, capped by a disappointing 23-16 home loss to the Steelers, has put a damper on the entire season. The fan base is clamoring for change, but nothing is going to happen until after the season.

Harbaugh has dismissed the idea of any changes to his coaching staff. Owner Steve Bisciotti is simply not going to make a change at the top because that is not his style. Even though a coaching change might pacify some of the fanbase, it’s just not an efficient move midseason because there isn’t anyone on staff qualified enough to take Harbaugh’s place.

Harbaugh was not surprised there are questions surrounding his job security.

“Not insulted – I understand that’s part of it – and probably not surprised, because you have to win games in this league,” he said. That’s the bottom line. So, I think that’s it – not really surprised or insulted. No.”

So, the Ravens will move forward with current roster intact. Harbaugh knows he is coaching for his job in Baltimore, but certainly not his career. There could be as many as eight head coach openings following this season and his name would be at the top of each list if he parts ways with Baltimore.

Nonetheless, he is focused on beating the Bengals out of the bye and then “stacking” some wins. There’s simply no other way for the franchise to attack the rest of this regular season.

If the Ravens falter, big changes will inevitably be on the horizon.

Bisciotti does have a limit to his patience.