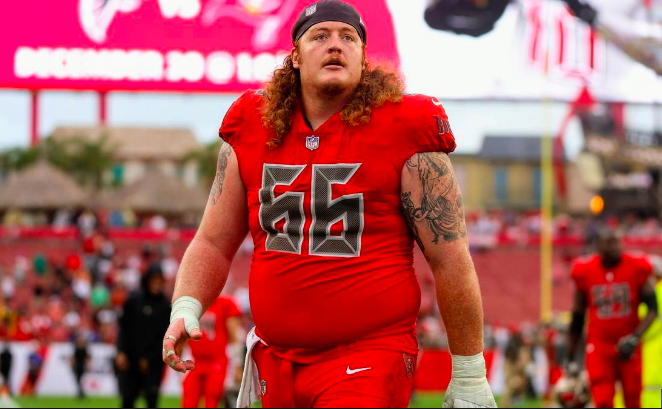 All the stats, notes, quotes, connections, and more to get you ready for Ravens-Bucs, in our weekly Crab Bag! 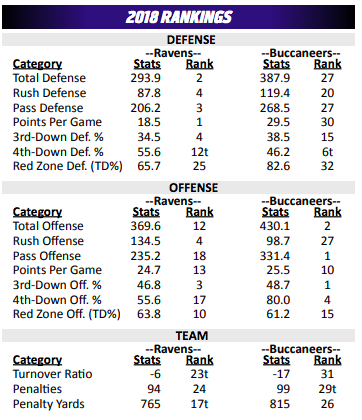 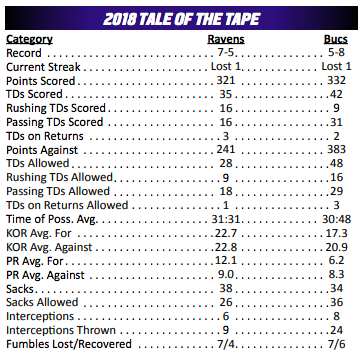 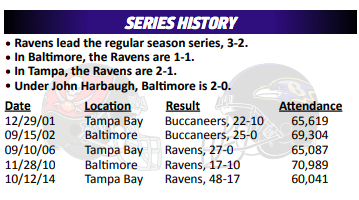 “They’re blessed to have two really good quarterbacks – well, really three – but the two that are playing and have played together, and that’s a unique combination. Lamar, he can run like a running back, he’s as fast as a wide receiver, and he can throw like a son of a gun, like a quarterback. That’s a pretty good combination to have. He’s a talented kid, and so is the other guy; [Joe] Flacco is a talented one. That’s a good situation right there that Marty [Mornhinweg] and John [Harbaugh] have.”

OLB Terrell Suggs on the the Ravens’ mindset after a near-win at Kansas City in Week 14:

“A lot of us are pissed off. But that’s a good thing. It’s good to be pissed off in December. We’re going to take that and channel it into our preparation for Tampa Bay.”

CB Brandon Carr on if the Ravens received a “moral victory” in last week’s OT defeat at 11-2 Kansas City:

“I’m not into moral victories. All this loss says is that you have to find a way to finish. You have to find ways to win these tough ball games against good opponents on the road, in unfriendly territory. We have to make our plays and find ways to get a victory moving forward.”

LB C.J. Mosley on how the Ravens should feel after last week’s tough loss at Kansas City:

“[The Chiefs] have a heck of a team. That’s December football; that was like a playoff game on the road. It was a great test for us. As a whole, we played a pretty good game, but it wasn’t perfect. You want to try your best to be perfect, especially on the road. … I don’t think we’re discouraged at all. Nobody in this locker room should walk out with their heads down.”

QB Lamar Jackson on the Ravens moving forward after the Week 14 defeat at Kansas City:

“We are a strong team. We can fight with anybody. I know a lot of people doubted us [and thought we’d] lose [the Kansas City] game anyway, but it was not how they thought it was going to be. We just have to get better next week and move on.”

GETTING TO KNOW YOU ~ Q&A with Michael Pierce

Which cause did you chose to support through “My Cause, My Cleats?”

“Israel Collective is an umbrella group under Christians United for Israel. They sponsored myself, Johnny [Shelton, team chaplain], Darren Sanders [VP of security], and 30 other guys from around the league – both current and former players – for an offseason trip to bring insight and knowledge to what’s going on in Israel. We got involved in the Shabbat dinner and saw historical sights.”

Why is this cause important to you?

“It’s a very important cause to me. I made some friends over there on that trip. It was something that I wanted to honor those guys by doing this.”

Where did you learn your gymnastics ability? You recently showcased your skills with a roundoff.

“One of my really close friends from high school, Katie Deterding, was a cheerleader. I never could do the backflip, because I was always scared. I was a big guy, and it was pretty dangerous. I thought I could learn a roundoff – which is a handstand, but it’s like a half-flip. I learned that from her, and I’ve been able to do it ever since.”

In high school, you were a linebacker. How did you transition to be a defensive tackle?

“I was a big, big linebacker – probably around 265. In lower Alabama, they run a lot of power [offenses]. There are a lot of running backs, so it played to my strengths. I was really athletic for a bigger guy, so I was able to cover intermediate passing routes. When colleges came to recruit me, they don’t have 265-pound linebackers. They foresaw me moving to defensive end or tackle. When I got to college, they were like, ‘Hey, you’re a little short for defensive end. So if you can gain 20-30 pounds over three years, you can be a good defensive tackle.’ I got into lifting and changed my diet, and it went from there.”

Do you enjoy stopping the run or rushing the passer more?

“I’ve just developed a love for stopping the run. But anytime you can get a sack as a nose guard – those are really special. I still remember my first one in Cleveland. They’re few and far between, but stopping the run is my bread and butter. Anytime I can do that, get a tackle for loss, that gets me pumped!”

People refer to you as “The Juggernaut.” How did that nickname come about?

“‘Sizz’ [Terrell Suggs] actually gave me that nickname. ‘Sizz’ and Lawrence Guy did. I actually have ‘The Juggernaut’ tattooed on the inside of my right calf. It’s a comic book character from Deadpool 2. I’ve always been a comic book guy. It kind of just took life from there. It basically means you kick butt all the time; you run through stuff. It’s what I enjoy. It’s fitting.”

Does anyone else on the defensive line have a superhero nickname?

“Brandon Williams is called ‘The Hulk.’ They call ‘Urb’ [Brent Urban] ‘Salsa Blanca,’ because he has a lot of flavor. He dresses really, really well. He has the kicks and the dress. But I think it’s just Brandon and me who have superhero ones.”

Who has been the most influential person in your life?

“My dad. He came from a poor family in Mobile and worked his way up. He went to college and was the first to graduate. He heads a nonprofit in Mobile and gives back to the community that he grew up in.”

If you could sit down with one NFL player and pick his brain, who would it be?

“Damon Harrison. I actually reached out to him on Instagram and scheduled a workout with him this offseason. Outside of Brandon [Williams], I identify him as the best nose guard in the NFL. I look up to him and watch film on him – really any great nose guard. I think being a student of the game has helped me tremendously.”

What has been your proudest achievement outside of football?

“I started a kids football camp back home with guys I played with in high school. It’s myself and four other guys I played with when we won our state championship together. Just to come home and get the kids out means a lot to me.”

Tampa Bay defensive coordinator Mark Duffner served as head coach at the University of Maryland from 1992-96. During his tenure, the Terps returned to the national rankings for the first time in almost a decade.