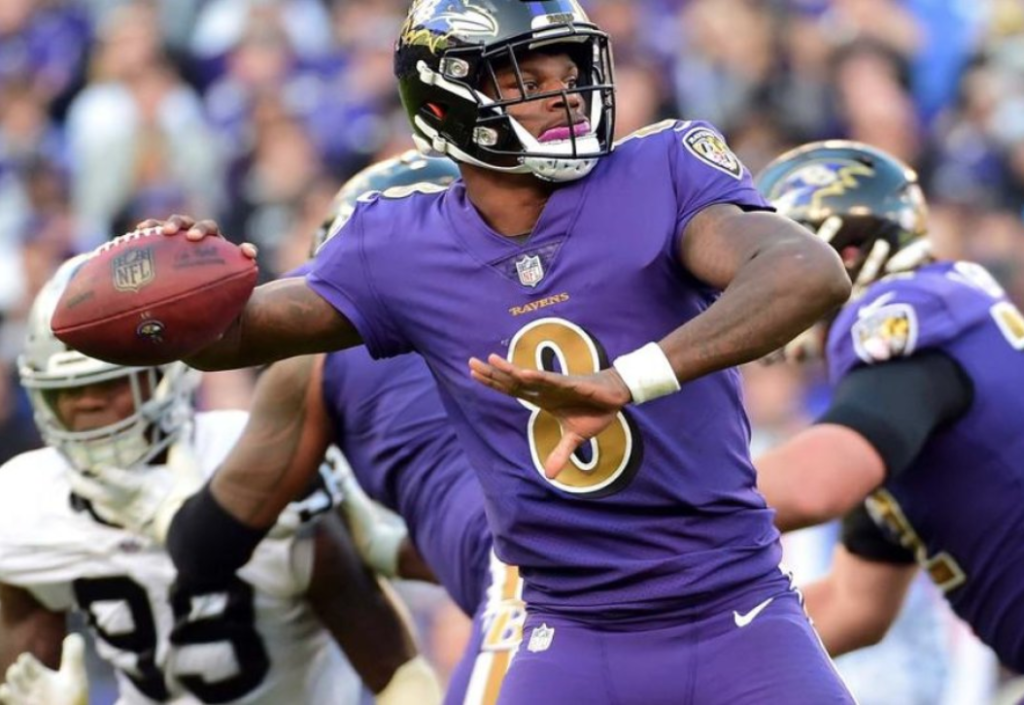 More From The Mailbag

QUESTION: Tony, I am thoroughly convinced that LJ is not the long-term answer at QB. Would you be surprised to see the Ravens select a QB early (first or third round) in this year’s draft? Thanks! Joe of Bel Air

Joe, I hear you and I do feel like Lamar’s limitations will prevent him from being a long-term answer as the team’s starting QB. Perhaps if he fails as a QB, there’s a way to integrate him into the offense throughout his rookie deal that doesn’t require him to be behind center.

Lamar will never be a pocket passer but he can be a threatening signal caller provided he develops in the passing game. There’s a ton of work to be done but when you listen to the players, he’s doing some eye-opening things in practice in the passing game. The challenge will be to move such accomplishments from The Castle on weekdays to The Bank on Sundays.

That said, I don’t see them drafting a QB as early as you suggest this season. I see them bringing back Robert Griffin III for at least another campaign and then prioritize the position in the 2020 NFL Draft based upon Lamar’s progress in 2019. I am a fan of QB’s on rookie contracts. It frees up the cap to surround them with accomplished talent. We’ll see how Eric DeCosta does that this offseason.

QUESTION: How do you teach a QB, i.e. Lamar, to throw accurately? Although there were glimpses of throwing ability, they were few and far between. AND, if accuracy is teachable, wouldn’t virtually every QB who has played the game be in the HOF? Richard from Texas

Players’ mechanics and techniques can be refined to improve accuracy and consistency somewhat, but in the case of Lamar, he has 22 years of muscle memory to refine and that’s unlikely to happen. He was never an accurate passer at Louisville in a relatively soft ACC so there’s no reason to expect that to improve measurably in a rugged AFC North.

I spoke to a quarterback coach about Lamar and he referenced that muscle memory. Sometimes coaches just have to work with the skill set and glean the most they can from it. You have to understand the limitations and then game plan around them.

The same QB coach used Philip Rivers as an example. When you watch his throwing style, a coach would immediately want to break it down and change it. But when the results are considered, you leave it alone. Rivers’ accuracy appears innate. Unfortunately, Lamar’s inaccuracy may be innate as well.

[Related Article: Ravens Roster in a State of Flux]

QUESTION: Can the Ravens trade their #2 pick in perpetuity? ~ Drew in Jarrettsville

They certainly have struggled there, haven’t they? Not since the selection of Kelechi Osemele during the 2012 NFL Draft with the 60th overall pick, have they registered a winner in Round 2. The others have included (unfortunately): Tyus Bowser (2017), Kamalei Correa (2016), Maxx Williams (2015), Tim Jernigan (2014) and Arthur Brown (2013). Williams has been ok but arguably not as good as Nick Boyle from the same draft, three rounds later. Jernigan was a solid player but not a real fit for the Ravens scheme.

It seems to me that the Ravens take players in Round 2 who they believe have first-round skill sets but for some reason drop into Round 2. If so, that’s a strategy they should ditch. They have to get more productivity from Round 2 going forward. It has to get better, and to borrow from The Beatles, “it couldn’t get any worse”.

QUESTION: How can we outlaw that ridiculously stooopid TD “photo” celebration? Mark in Towson

Mark, once the NFL rung that bell, it’s here to stay. And to change it back would just trigger more penalties and that’s the last thing the game needs.

QUESTION: Seems as if the O-line is a recent blind spot with the front office. Can Eric the D remedy that or are the lessons learned at the feet of The OZ too ingrained? Jim in Arbutus

There have been some disappointments for sure. Nico Siragusa was considered to be a real find for the team with the 122nd overall pick in 2017 but he’s been plagued by injuries. Same for Alex Lewis who was 2016’s 130th overall pick. I have no idea where his head is but it’s not in the right place. But let’s not forget that they invested the 6th overall pick in Ronnie Stanley and they found value with Orlando Brown, Jr. in Round 3 of the 2018 NFL Draft. Stanley might not be worthy of the lofty pick but he is a top 12 left tackle. The upside on little Zeus is promising.

I do think you will see them invest picks or free agent spending on a mobile guard and/or center – players who can get out in space to complement the Lamar Jackson-led offense. As for DeCosta being too “ingrained” with Ozzie-like traits, I think what you will see from Eric is the best of Ozzie coupled with a more modern approach that leans on science – analytics that chart the maturation of certain players. I’m a big fan of DeCosta’s. The Ravens front office is in good hands.

QUESTION: Hey TL, if you are handing out awards for the Ravens MVP in 2018, who gets your nod? Jack in Catonsville

Without hesitation my MVP is Lamar Jackson. It wasn’t always pretty and it wasn’t always effective but when he was inserted as the starter, the Ravens season changed. They went from losers of three straight and a (4-5) record at the bye, to winners of the AFC North. He opened up the ground game and made things simpler for an ailing offensive line while igniting the north and south abilities of RBs Gus Edwards and Kenneth Dixon. And let’s not forget, the ball control style of offense with Lamar kept the defense fresh, improving their overall effectiveness.

Editor’s Note: Got a question for TL? Please submit them to TL@RussellStreetReport.com.