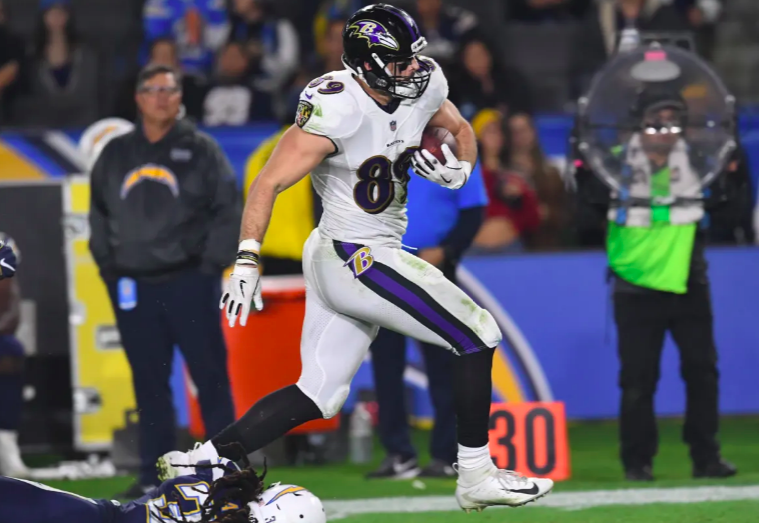 Tight end is a position that usually carries a tough transition from college to the NFL. The Ravens drafted two in the first three rounds in 2018. One was a 25-year-old 1st-round pick with good hands who showed effort as a blocker. The other was a 3rd-round pick from a spread offense and didn’t block a lick. So of course, the latter had 34 catches for 552 yards and 3 TDs while the former never quite got his footing under him. Their continued development will be one of the biggest keys to the growth of this offense over the next couple of years. The key question is, how do you best complement them in the short term without stunting their growth?

Hurst looked good in preseason, before a stress fracture in his foot cost him the first four games of his rookie season. He never really found a rhythm the rest of the way. Andrews was ahead of him as a receiver and Boyle and Williams were well ahead as blockers. The receiving end of it I’m not really as worried about. He’s got enough speed to threaten the seam and has strong hands. The blocking is what is going to make him a snap-heavy player and that has to improve. He was physical and showed very good effort in college as a blocker but that probably caused people to overrate his actual abilities there. It’s also a different level of physicality at the NFL level and he’ll need to get stronger to handle that.

Andrews had a promising rookie season and gives this offense hope of secondary dimensions in 2019. For his size, he showed a nimbleness that allowed him to beat linebackers in man coverage as well as find open areas in zone. When I watched his college tape last year, he always seemed to make the first defender miss after the catch and that ability showed up as a rookie as well. He’s not a good blocker and until he becomes at least an adequate one it may put a bit of a cap on his overall upside but his strengths make him a viable threat.

The Ravens have an interesting decision to make as it pertains to their other two rotational TEs from last season. Nick Boyle and Maxx Williams both made big contributions as blockers last season. That became even more important when Lamar Jackson took over as the starting quarterback. Boyle is a more versatile and more forceful blocker. He almost looks like an offensive tackle out there at times. Williams really developed into a solid blocker, utilized more from the backfield, but did well in-line as well.

One would think the Ravens will be looking to retain at least one of them. My choice would go to Boyle for the reasons I listed above. Depending on their markets I wouldn’t rule out the possibility of bringing back both. This will still be a run-first team and it would probably be ambitious to count on Hurst and Andrews as blockers in 2019. If one or both doesn’t fall in line with the “right player, right price,” there will be other options.

James O’Shaughnessy – A very good blocking tight end with a little more athleticism and YAC ability than the average role player, he could contribute as a pass catcher in a pinch.

Logan Paulsen–  Veteran blocker only, who would likely be available at or near the minimum.

A big in-line tight end who looks really good in pass protection. He also gets after it as a run blocker and with some technique work could really develop into an impressive blocking tight end. Not really going to offer much upside or versatility as a receiver but could be suitable for his role. Inexpensive role player.

Projection: 6th to 7th round

Sweeney is a bit more sound technique-wise compared to Moreau. He also has better hands and moves a little smoother as a route runner. Moreau probably has more upside as a blocker. We’re looking at the same idea here though, a late-round inexpensive blocking tight end.

Projection: 6th to 7th round