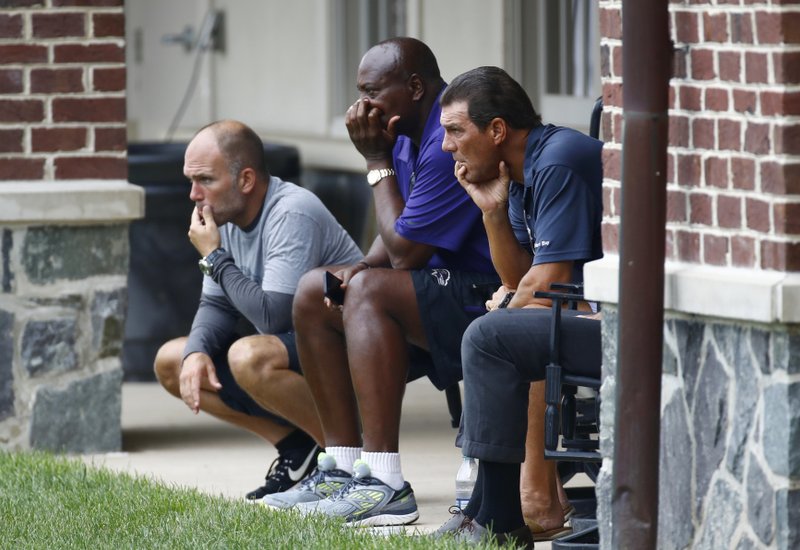 DeCosta Describes Bisciotti’s Involvement and the Uniqueness of Lamar

Steve Bisciotti recently said that he sees no difference within the organization as it relates to you and Ozzie – that things from his perspective are exactly the same. Talk about Steve’s role and contributions when it comes to personnel decisions.

ED: The thing about Steve is he’s a great communicator. He’s a guy that can look at a lot of different situations from a different angle or through a different lens. He’s a great sounding board for me and a great sounding board for Ozzie and John, Dick – we really do have a great working relationship, all of us, where we can talk about decisions and look at things in a lot of different ways and come up with the best strategy that fits for the Ravens. One that fits for me and for John.

So, I think in Steve’s case, he’s got great common sense and he’s got a great, simple view of things. He’s not an owner that’s going to meddle in any respect. But he’s someone that I can call and ask an opinion about things. He’s got a great feel for the economics of the game and salary cap. He’s got a great feel for personnel and the draft and for trading. He’s also a great negotiator. So, he’s really able to provide me with a couple different ways to attack a problem, whether it’s with the team or an agent – questions to ask, maybe a strategy to use for different things.

He’s also great in terms of assessing people, interviewing prospects. I’ve gone to him with things in the past with a specific player in mind – what questions might you ask or how can we get the answer to that, that we’re looking for in terms of a specific issue.

Steve is a great part of our partnership that we have at the executive level. He’s very valuable to me and everybody else. He’s not somebody that is going to make any demands or anything like that. He’s not involved in the minutiae of personnel. He’s not scouting or evaluating players. But he’s someone that has had a high degree of success in the business world using a lot of different skills that he has and we would be foolish not to rely on him at times.

Whenever I’m asked about my outlook for the Ravens, in my mind the success of the team parallels that of Lamar Jackson. What did you see in Lamar that made him the successor to Joe Flacco?

ED: Well he’s got an interesting skill set. He’s an exciting young player. He’s a tough, tough player to defend against and we’re just kind of scratching the surface as to the potential for the offense. He’s shown leadership. He’s got an infectious personality that other people want to follow. He’s got a great work ethic and we think he’s going to get better. We think the sky is the limit with Lamar. We’ve put some interesting players around him and we think that it’s going to be a tough matchup for defenses around the league.

We’re kind of doing things a little bit different, quite honestly, then most of the other teams and that’s exciting to all of us.