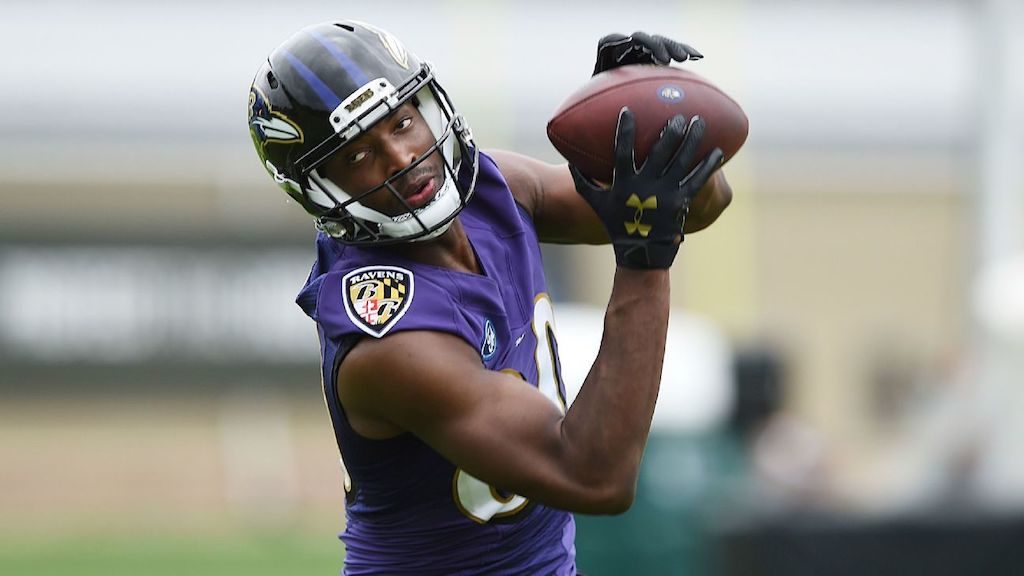 It Keeps on Rolling!

Toady’s practice at 1 Winning Drive was… well, it was short. By about 15 minutes.

It was also devoid of a good amount of starters with guys like Earl Thomas, Matt Judon, Marshal Yanda, Tavon Young, Seth Roberts and Hollywood Brown all absent (along with Mo Canady, Iman Marshall, Greg Senat, Mike Onuoha, and Randin Crecelius). As such, a shake up was necessary in order to satiate the voids left on both starting units, and some young bucks found themselves moving on up the depth charts this Monday morning.

Offensively, the big talk was the O-Line shake ups. Marshal Yanda’s absence led to James Hurst filling the RG void, and while Jermaine Eluemunor saw the majority of the LG reps with the first team, UDFA Patrick Mekari found himself inserted into the lineup on occasion as well.

How much ‘takeaway’ do we put into this?

For starters, John Harbaugh went out of his way to mention Mekari playing well in the preseason game versus the Jaguars last week, and that he’s earned some love. Also worth noting, Harbs and the coaching staff have seen plenty of Hurst and Eluemunor at Left Guard, and Powers spent the better part of the first week and a half at Left Guard. Perhaps this was just a means to inject Mekari into the group to see how he fares versus the rest?

It’s also worth noting that Mekari has been taking center snaps for all 7-on-7 drills (noted 2 weeks ago when I also suggested Mekari could become a iOL/swing guy to make the roster, humble brag, no big deal) and by the way, backup Center Bradley Bozeman had himself a high snap today, and was thrown back almost into the QB’s lap a few times – once by a blitzing DB.

So we have a UDFA in Mekari that played OT and some OG at Cal-Berkley, that continues to hone his craft under Center, while using his first preseason game to justify Harbs giving him first team OG snaps…

That’s so Ravens, isn’t it?

Perhaps it’s too soon to tell, but I think we’ll know more by tomorrow if the UDFA sees more first unit snaps in practice, and really, where he stands in the pecking order come Thursday when the Packers come into town.

On a related note, I’d like to thank our very own Cole Jackson (@ColeJacksonRSR) for bringing Pat Mekari to my attention pre-camp, and giving me cause to focus so much on him thus far.

Back to the rest of the team at camp!

The offense was relatively good today, but I won’t go as far as saying great. Lamar Jackson was again proficient and accurate in his 7-on-7 drills with no pressure in his face, but showed some inconsistencies when the full squad went head to head, including a few overthrows and an awkward fumble in which Lamar went fully untouched and just… dropped it.

Lamar did have one incompletion that caught my eye in a positive light: inside the red zone in 11-on-11, Jackson took a shotgun snap, rolled to his right, and almost in a “jump-pass” motion threw a touch pass to his tight end. The pass was broken up by Tony Jefferson underneath the goalpost with a great effort, but the decision making by Lamar, ability to drop the pass in nearly over the defenders head instead of driving it to Hurst, and the ability to put that throw on the money while jumping and tossing across his body?

Defensively, pressure found it’s way into the backfield on multiple occasions, including Chris Wormley and Shane Ray collapsing on Trace McSorley in 11-on-11 drills; Tim Williams finding the backfield once and Anthony Levine Sr. hitting home as well (refs didn’t kill the play and let McSorely take his shot, but Levine got around the left edge with ease). Tyus Bowser made a pressure sighting once again, while Tony Jefferson and Peanut Onwuasor both forced Lamar Jackson into early throws as they came bearing down on the QB.

While the secondary was hardly flashy in the pass game outside of a Marlon Humphrey interception of Trace McSorley, I found myself honed in on the matchup of rookie WR Miles Boykin and steady veteran corner Brandon Carr, who faced off all day long.

I figured Boykin would get beat more often than not (he’s too good to get beat on every shot his way), but boy was I wrong: Boykin corralled 4 of 5 targets against Carr, and did it in various ways, beating Carr deep, in-cutting routes across the middle, curls,  you name it.

The best play in this matchup between Carr and Boykin was a simple comeback route, but Boykin sold a go route with his big long strides and Carr got turned around. When Boykin cut (on a dime, mind you) to comeback and break out, he managed to slip and fall… only to get back up, complete the route, catch the ball, and still have a few steps on Carr who was delayed recovering.

If that’s any indication of the ceiling for Miles Boykin, the sky is the limit.

Lamar drops back, finds Michael Floyd down the left sideline, hits him at a high point where Floyd grabs the ball with two hands, gets 2 feet down and manages to maintain possession while hitting the ground with CB Terrell Bonds locking him up and trying to strip the ball out.