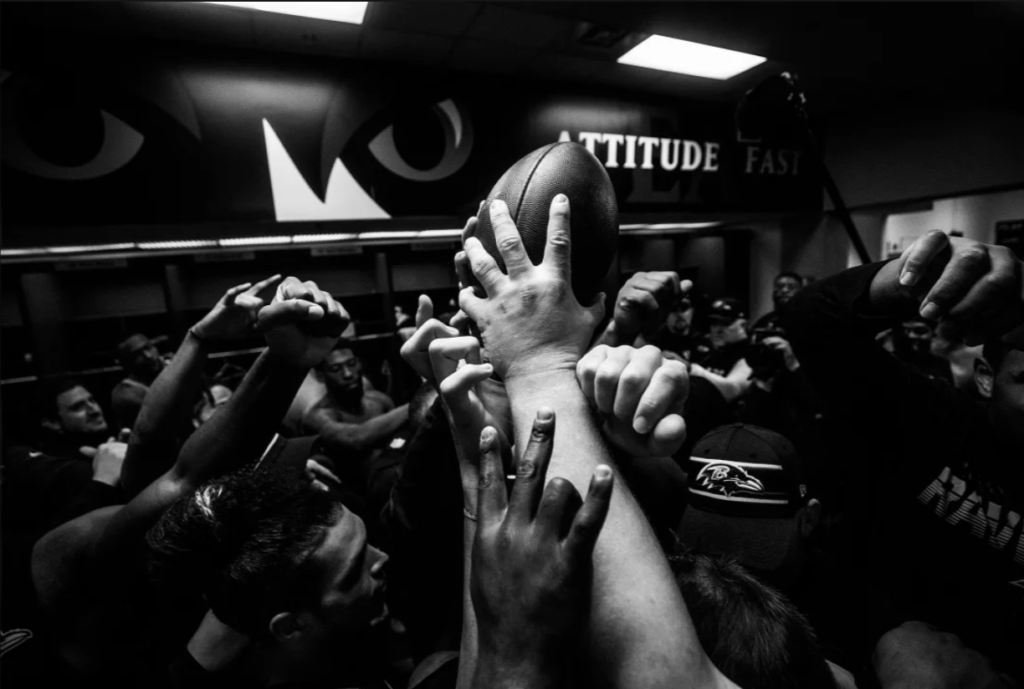 Lamar Jackson didn’t have his best game of the season against the 49ers but then again, not many do. But the mark of a good team, or a good player in this case, is to find a way to win when you aren’t at your best. And the Ravens clearly found a way to win.

But that didn’t stop fans from showing their support for the league’s latest phenom.

On the biggest shopping day of the year, Cyber Monday, Ravens’ QB Lamar Jackson outsold every other athlete in total merchandise on @fanatics, per a company official. But the top-selling single item on Cyber Monday still was, after all these years, Tom Brady jerseys.

Lamar often compliments people, places, things or events as “dope”. It’s akin to “awesome” or “cool”. The dog wonders if he might now call the Pope, “dope”.

@archbalt is in Rome to meet with @Pontifex and brought him a custom Ravens jersey signed by @Lj_era8 and Coach Harbaugh! pic.twitter.com/sqgrDqursX

Like many of you, the dog has followed the Ravens from jump street. There were the Vinny years when the Ravens may have gone to the Super Bowl if games were just three quarters long. Then there were the Billick years, when defensive dominance was the franchise’s M.O. Then there were the playoff years from ’08 to ’12 which were incredible followed unfortunately, by a few years of homogenized blandness – when the team lacked an identity.

Through the good times (which were many) and the bad, never have we witnessed a Ravens team that is so closely-knit. Sure, there were the days when the defense was tight, but it was never like it is today with offense, defense and special teams embracing the concept of team. And it all starts with Lamar.

Lamar was a bit hard on himself during the 49ers game, but as evidenced by the video below, his teammates had his back.

“We’re riding with you regardless‼️”

This is a BROTHERHOOD.

When the dog first got into fantasy football, all of the immediate access to highlights and stats was not available. The Red Zone would have been a dream come true. But a couple of guys you could depend on (along with the stats from USA Today) were Chris Berman and Tom Jackson.

You waited with dog-bated breath, hoping that you could glean enough information from NFL Primetime to determine if you had won or lost your fantasy contest.

It’s good to see the two back on the air, at least from a nostalgic perspective. But the truth be told, NFL Network programming makes them a bit obsolete. That said, they too seem to be embracing the Lamar era.

While we’re on the topic of ESPN, let’s chat a bit about the fading star of Monday Night Football. Nothing, absolutely nothing about the program is as good as it used to be. It’s as if they too recognize it, and they’ve taken the age-old credo, “If you can’t dazzle them with brilliance, baffle them with bullshit” to new heights. The only trouble is, ESPN is baffling itself.

Take for example Booger McFarland. The Boog seems like a good dude and he seems to try really hard. But he does know that the Vikings benefitted from the Minneapolis Miracle, right?

Well, maybe not. Have a listen…

No, Booger McFarland, the Minneapolis Miracle did not go “against the Vikings.” pic.twitter.com/QZNReMKYDt

The dog just loves Good Morning Football on NFL Network. The show has caffeinated energy, serves up a ton of entertainment and insight, and the panel genuinely seems to really enjoy each other’s company.

And they sure do love them some Lamar Jackson!

Nate Burleson was one of the first national media dudes to be all-in on Lamar. Peter Schrager has been assigned to the Ravens often and his admiration of the franchise is apparent. And now Kay Adams is in on the Ravens. Check out her excitement beginning at the 6:24 mark of the video Tweeted out below.

After the beatdown the Texans experienced at the hands of the Ravens, who could blame Texans fans if they were a little squeamish about taking on the visiting Patriots. But things went well for the Texans and they did the Ravens a solid by beating Tom Brady & Co., 28-22, to push the Ravens into the No. 1 seed for the time being.

The Texans led all four what? pic.twitter.com/s9xcYeU2RE

A Shot of Jameson

The dog is all about a shot of Jameson every now and then. Now… it’s about taking a shot at Jamison, as in Hensley.

The ESPN beat writer who covers the Ravens posted an interesting piece about Greg Roman that is recommended reading. Even a blind dog can find a bone every now and then.

But while meandering through the piece, the dog got a whiff of this bit from the article:

“With all that, defenses have had problems trying to figure out the Ravens’ offense. The Ravens scored 37 points on the New England Patriots despite Bill Belichick having a bye week to prepare for them.”

Just when Hensley wanted to drive his point home, he fumbled.

The Patriots didn’t have a bye week to prepare. The Ravens did.

The dog has been a critic of Jason Whitlock. His takes on Lamar and the Ravens have been wretched. But in this take, without acknowledging how boneheaded his previous takes have been, Whitlock redeems himself a bit with some thoughtfulness as it relates to the Ravens, John Harbaugh and of course Lamar Jackson.

Before We Go: Lamar Jackson’s mindset and approach are more impressive than his arms and legs. @WhitlockJason@Lj_Era8 pic.twitter.com/lPZHmHuEWH

Bills Will Win This Week

The Bills are taking down the Ravens this week and it will propel them into Super Bowl 54. At least that’s what some fans in Buffalo would like you to believe. After all, they’ve already planned a parade for the team and you can accept an invite at this Facebook link. 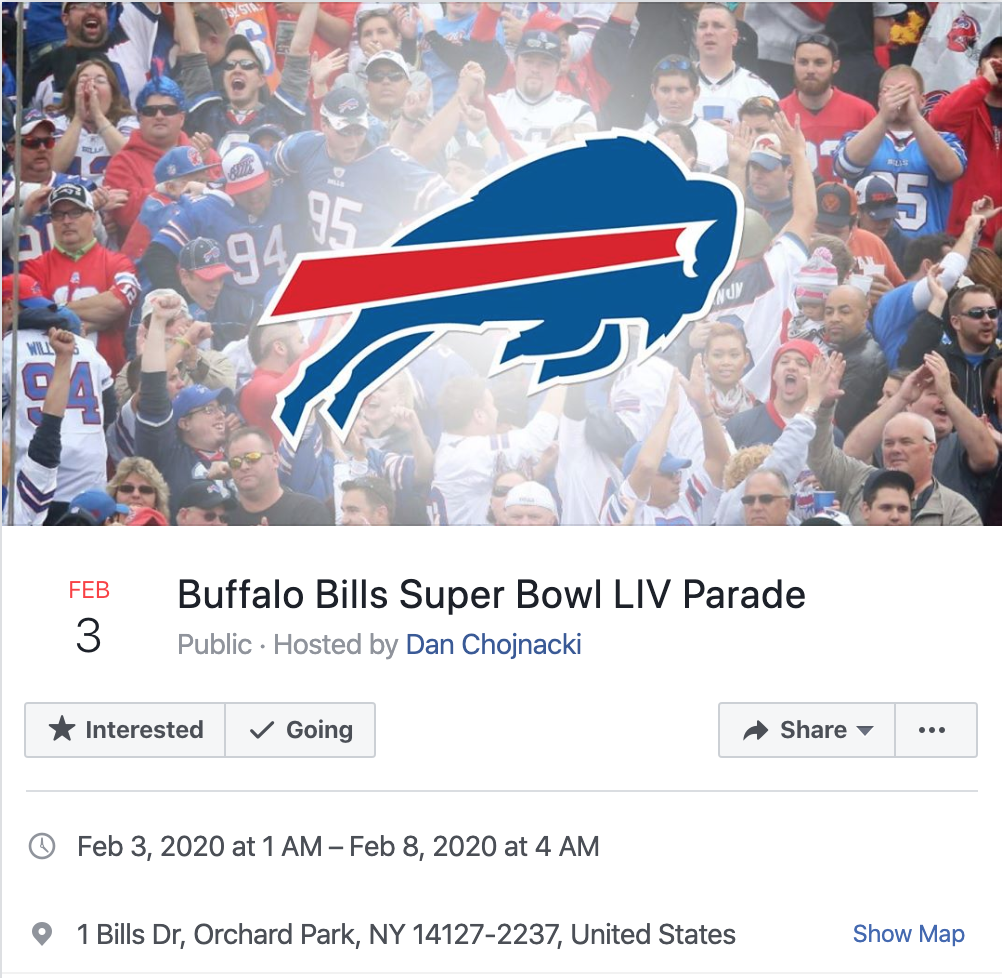 The dog is suddenly reminded of a Chris Rock standup routine. Chris explained that a guy in a relationship was caught cheating but his girl didn’t want to break up. She just wanted to “work it out”. But there was going to be some payback first. And part of the payback? She decided to cut him off, sexually speaking of course.

“You ain’t gettin’ nothin’ ’til the Bills win the Super Bowl!”

The poor guy is going to have to wait at least another 14 months.