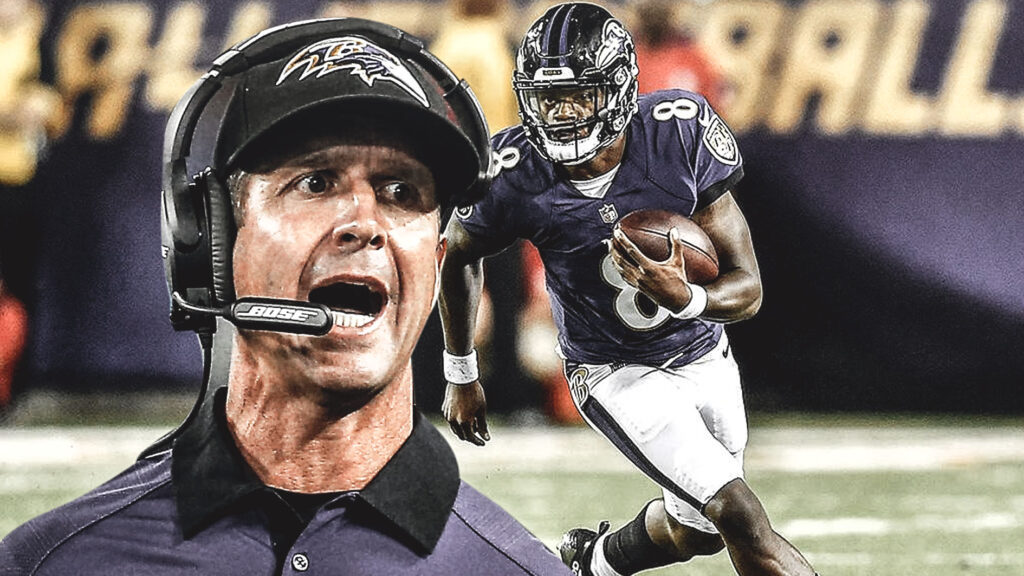 Many so-called Ravens fans have taken to labeling John Harbaugh and Lamar Jackson. The label? Choker.

There’s no denying that the Ravens looked poorly prepared to take on the Titans. It’s easy to pin that on Harbaugh. After all, he’s largely responsible for rubber stamping game plans and having his team both physically and mentally prepared to play. But the postseason isn’t new to Harbaugh. He’s been a skipper for 16 playoff games prior to last Saturday’s debacle and he’s come out on the winning side 10 times.

As for Lamar, there’s no denying that he is winless in two playoff starts. There’s also no denying that he entered each postseason contest equipped with a flawed game plan. Each time the Ravens opted to attack in an atypical way. They cut against the grain – deciding to go against tendencies. In the end, the ill-conceived strategies were nothing more than plans to abandon their offensive strengths.

But that doesn’t stop Lamar’s detractors from piling on. And when they do, the name of Joe Flacco surfaces. They’ll remind you that he was really January Joe and during his first two seasons, the man with a reputation of elevating his game in January, was (3-2) during the playoffs. Lamar is Oh-fer.

Assigning wins to a quarterback is silly. Football, as you’ve heard a million times if you’ve heard it once, is the consummate team-game. You win as a team. You lose as a team. Of course, the quarterback contributes greatly to a game’s outcome, good or bad. But the results aren’t always a direct reflection of the way a team’s signal caller performs.

Over the course of these five games, Joe’s passer rating was an anemic 46.5 while being sacked 4 times. Joe also had 12 rushing yards on 19 carries. Yet, HE WON three playoff games during his first two seasons, right?

There’s no denying that Lamar’s first two playoff game performances are largely forgettable. In those games he’s 45 of 88 for 559 yards, 3 TD’s and 3 INT’s for a passer rating of 68.3. Lamar was sacked 11 times while rushing for 197 yards on 29 carries.

Comparatively speaking, on an individual level, it’s safe to say that Lamar has outperformed Joe in the postseason during each of their respective first two seasons. It’s also safe to conclude that given the 3 playoff wins by the Flacco-led Ravens despite the shortcomings of the quarterback play, that Flacco was supported by a stronger supporting cast than Lamar.

So, for those quick to label Harbaugh or Lamar as a choker, let’s ditch the revisionist history to support your narrative.