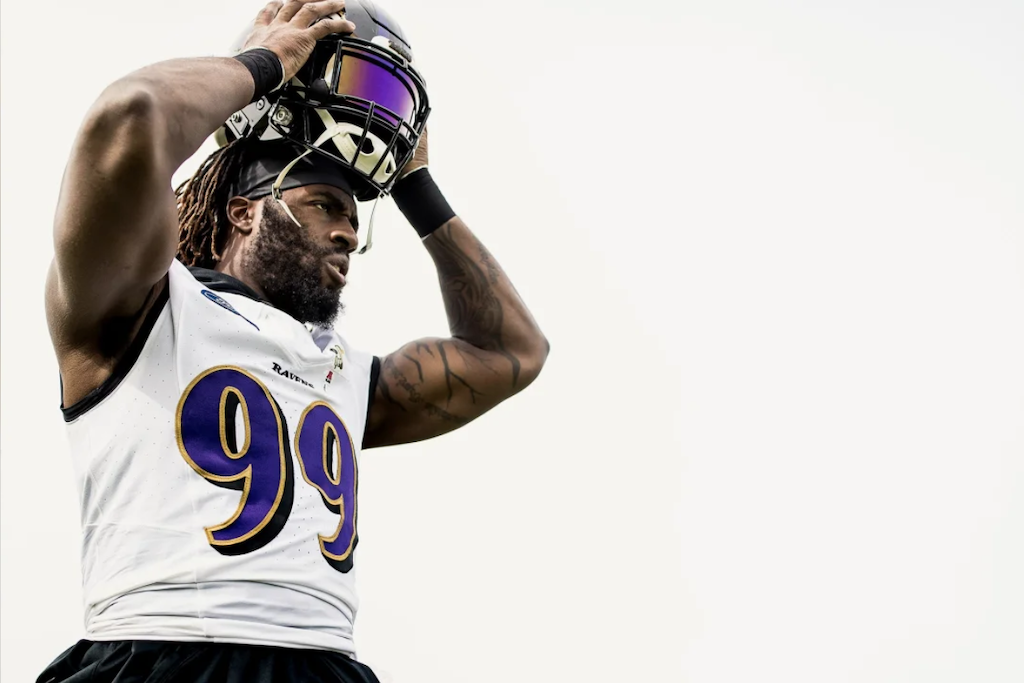 There’s not much room for sentimentality when it comes to the NFL’s offseason.

Tough decisions have to be made to create salary-cap space and open the door for younger players to seize an opportunity.

Every season, it seems like the Ravens have to part ways with a popular player.

Last year, the team said goodbye to Eric Weddle, who later signed with the Rams and then retired. This year, the Ravens terminated the contract of Tony Jefferson.

Both players were held in high regard by their teammates and were effective leaders. However, the Ravens made prudent moves by letting each of Weddle and Jefferson go.

“This is the worst part of this business,” Ravens general manager Eric DeCosta said. “Tony is the consummate teammate and someone who is respected by everyone for his leadership, determination, humility and toughness. He’s a friend to all and a true Raven. We know he’s going to beat this injury, and we will be cheering for him all along the way. We wish the very best to Tony and his family.”

The Ravens replaced Weddle with Earl Thomas, who made the Pro Bowl in his first season in Baltimore. Chuck Clark took over the starting job when Jefferson went down with a season-ending knee injury in Week 5 against Pittsburgh. Clark not only took advantage of the opportunity, but also emerged as one of the team’s top playmakers. Clark led the entire defense with 68 tackles and was rewarded with a three-year, $16 million contract extension last week.

That made Jefferson expendable and the team also created $7 million in salary-cap space by releasing him.

Clark and Thomas will be a fearsome tandem next season.

“Chuck is extremely smart,” Ravens defensive backs coach Chris Hewitt said during the 2019 season. “He can line everybody up, he can manage the defense, and on top of that, he’s a great athlete. He has every attribute to become a great player in this league.”

The Ravens have more tough decisions looming. The team must decide whether to bring back linebacker Matthew Judon, who is an unrestricted free agent. Judon led the team with 9.5 sacks and earned his first trip to the Pro Bowl. He also ranked fourth in the NFL with 33 quarterback hits.

Za’Darius Smith, who was the Ravens’ sacks leader in 2018, was allowed to test the market and he was rewarded with a four-year, $66 million deal the Green Bay Packers as a free agent. Judon is expected to command a similar, perhaps even more lucrative deal. The Ravens could place a $16 million franchise tag on Judon to buy themselves more time to negotiate with his agent.

Nonetheless, the price tag will likely not come down for Judon, who was originally selected by the Ravens in the fifth round (146th overall) of the 2016 NFL Draft.

Ravens coach John Harbaugh would like to have Judon back in the fold.

“We’re going to try to get as many of these guys re-signed as we can. Matt [Judon] is probably right at the top of the list, for sure,” Harbaugh said. “There are a lot of things that can go into that, as we all know – the business part of it that agents and general managers that they deal with back and forth and all that.

The Ravens also need to decide whether to bring back Jimmy Smith, who was drafted by the team in the first round (27th overall) of the 2011 NFL Draft and is an unrestricted free agent. Smith is 31 years old and has only played a full season just twice over his nine-year career.

Although he might take a more reasonable deal to remain in Baltimore.

“I want to re-sign Jimmy Smith. He’s the one free agent, I think, in the back end,” Harbaugh said.