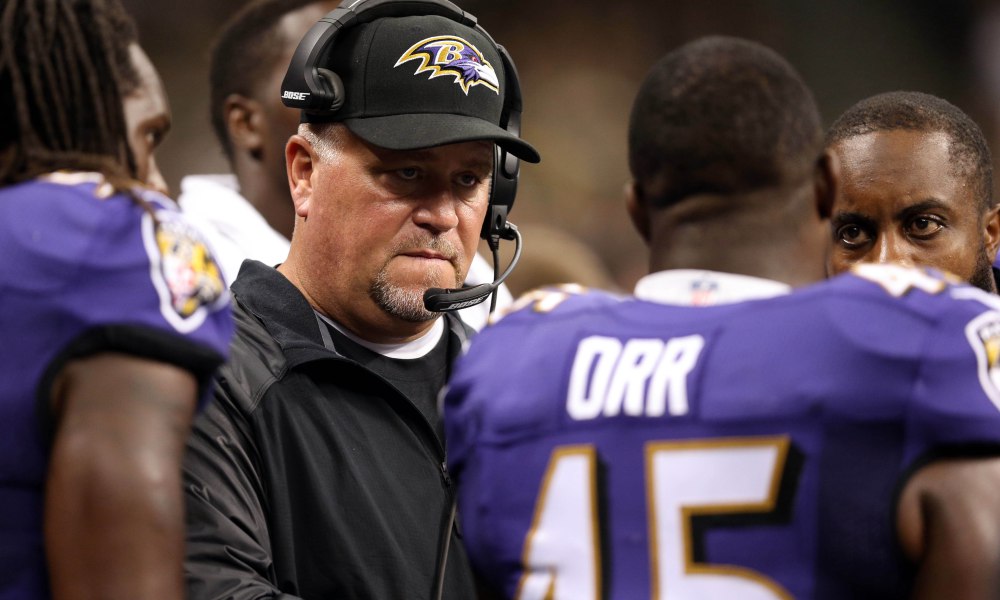 There was a report over the weekend the Ravens made Don Martindale the highest paid defensive coordinator in the NFL.

Sources: The #Ravens have signed defensive coordinator Don “Wink” Martindale to a new 3-year contract making him the highest paid DC in the league. Richly deserved for a coach they believe will be a top head coach candidate next offseason.

Perhaps that’s just a prelude of even bigger things to come.

Martindale has done an exceptional job leading a defense that has been short of first-round picks in recent years.

The Ravens are determined to get Martindale some playmakers this offseason.

[Related: Time to Get Defensive]

Baltimore was ranked fifth in overall defense last season, allowing 300.6 yards per game. Martindale helped revamp the Ravens’ secondary that was ranked in the bottom third of the league in the early part of the season to among the best in the NFL by the end of the year — thanks in part to the acquisition of cornerback Marcus Peters and emergence of safety Chuck Clark.

Martindale is also a Baltimore guy thick and thin. He often remarks how much he likes working with coach John Harbaugh and owner Steve Bisciotti.

Nonetheless, Martindale is a rising star and he already interviewed for the head coaching job with the New York Giants before the team decided to hire Joe Judge, who was the Patriots’ special teams coordinator and wide receivers coach last season.

Martindale will likely have more opportunities to be a head coach next offseason, but he is content working with the Ravens and the extra money should make him even more happy.

“It needs to be an opportunity of a lifetime,” Martindale said about landing a head-coaching position. “We love it here, we love this city, we love the culture here in the building. I love working for Harbs and Mr. Bisciotti. Credit to the players. It’s because of how well they played that my name even gets mentioned.”

The Ravens will add a pass rusher through the NFL Draft and/or free agency. It’s an area where they need to improve after finishing 21st in the NFL with 37 sacks last season.

Matthew Judon, who led the team with 9.5 sacks, is an unrestricted free agent and there’s no doubt the Ravens are discussing whether to reach a new deal or place the franchise tag on him before he can negotiate with other teams.

Judon is expected to command a high payday if he does enter the free-agent market, which opens in about three weeks.

In addition to adding more playmakers, the Ravens are hoping Jaylon Ferguson takes the next step in his development. After a slow start, the rookie from Louisiana Tech played much better when his snaps increased following the season-ending knee injury to Pernell McPhee in Week 7. The 6-foot-5, 270-pound Ferguson finished his first year with 2.5 sacks, 31 tackles and nine quarterback hits in 14 games (nine starts).

Martindale was one of Ferguson’s most vocal supporters and he’ll put him in position to make more plays this upcoming season.

“I’ve said that I’ve been one of his biggest advocates,” Martindale said. “I think this guy is going to be a really good player for quite some time, I really do. Because the way he attacks the game, studies the game, he’s in the best shape he’s been. I said that about a month-and-a-half ago, and he knows how important it is, and that’s why he’s been able to play more.”

Still, the Ravens want to give Martindale more flexibility to attack teams. Harbaugh acknowledged the front-end of the defense needs to get better for the team to make a Super Bowl run.

In addition to Martindale, the Ravens will have all of their coaches back next season, including Greg Roman, the architect of the record-setting offense. That will be key because teams are going to adjust the Ravens on both sides of the ball.

The Ravens need to stay one step ahead.

And, so far, they’ve done that by keeping their coaches, letting the money speak for itself.