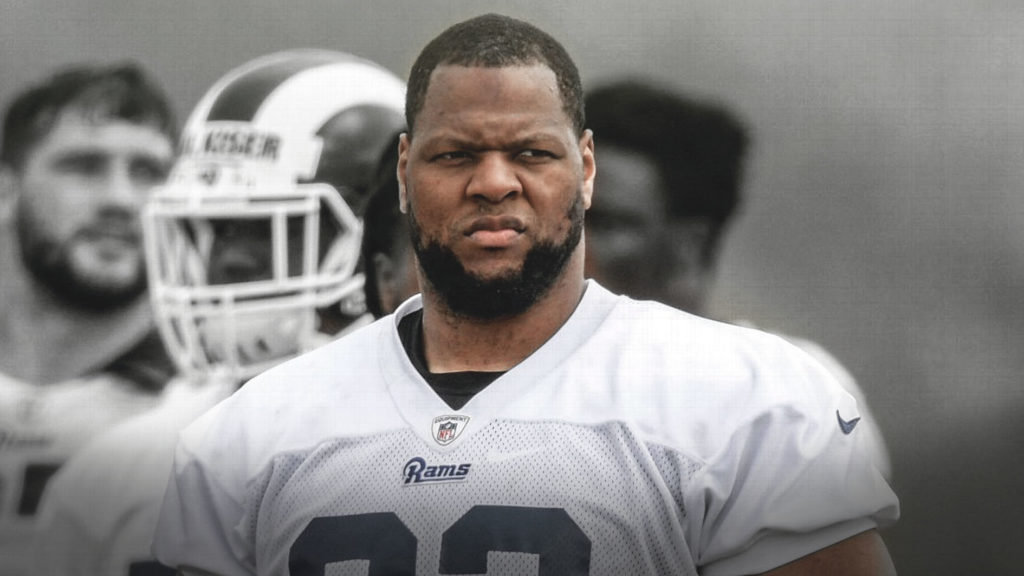 By now you are well aware that the Ravens were one of the two finalists for the services of Ndamukong Suh after concerns over Michael Brockers’ ankle surfaced. A source close to RSR has shared that while Suh seriously considered Baltimore, he opted to remain in Tampa for two reasons. First, there are no State taxes in Florida and Suh’s take home pay for the $8M per would have been considerably less as an employee in Maryland. Secondly, Suh and Ravens HC John Harbaugh had a few harsh verbal exchanges when the Rams and Ravens had joint training camp practices in Owings Mills a couple of summers ago.

Apparently the tension between the two has not subsided and Eric DeCosta’s failure to land Suh paved the way for a failed attempt to get Brockers to agree to a deal with significantly less guaranteed money.

The inability to bring in Brockers or Suh turned DeCosta’s attention towards Derek Wolfe and THAT deal almost didn’t happen. Word is that Wolfe turned to Joe Flacco to gather intel on the Ravens organization and Flacco wasn’t exactly effusive when describing his former employer. However, after conversations with Messrs. Harbaugh, DeCosta and Newsome, Wolfe felt better about the move. The Lisbon, Ohio native grew up a Browns fan but continued to root for the team even after the move to Baltimore. One of Wolfe’s favorite Ravens was Jarret Johnson and JJ is the reason Wolfe wears No. 95. Coincidentally, the number is not worn by a Raven and is available for Wolfe.

How Much Will Stanley Cost?

According to the Houston Chronicle, offensive tackle Laremy Tunsil and his representatives are looking to score the largest contract ever for a left tackle. They are floating the $20M per number around and that has to put a smile on the faces of Ronnie Stanley and his handlers. Stanley is in no hurry to sign a new deal with the Ravens and is said to be happy to play 2020 for the dollars provided by the fifth-year option exercised by the team last year. That option pays the former Golden Domer $12.87M.

If Stanley does not agree to an extension, there has been some talk about moving him to right tackle in 2020 and then flipping Orlando Brown, Jr. to the left side. The thinking there is that it would give the Ravens a solid gauge on how much draft capital to invest in the position during the 2021 NFL Draft depending upon Little Zeus’ progress on the blind side. That said, the more likely scenario is that the Ravens franchise Stanley in 2021 in lieu of an extension, to buy even more time to make this long-term critical decision. But even reputable online betting sites like Baccarat online might struggle with establishing odds on the outcome of the Stanley negotiations.

At the end of the day, the belief is that as much as the Ravens want to retain Stanley, $20M+ per year could fall outside of their tried and true credo, “right player, right price”. 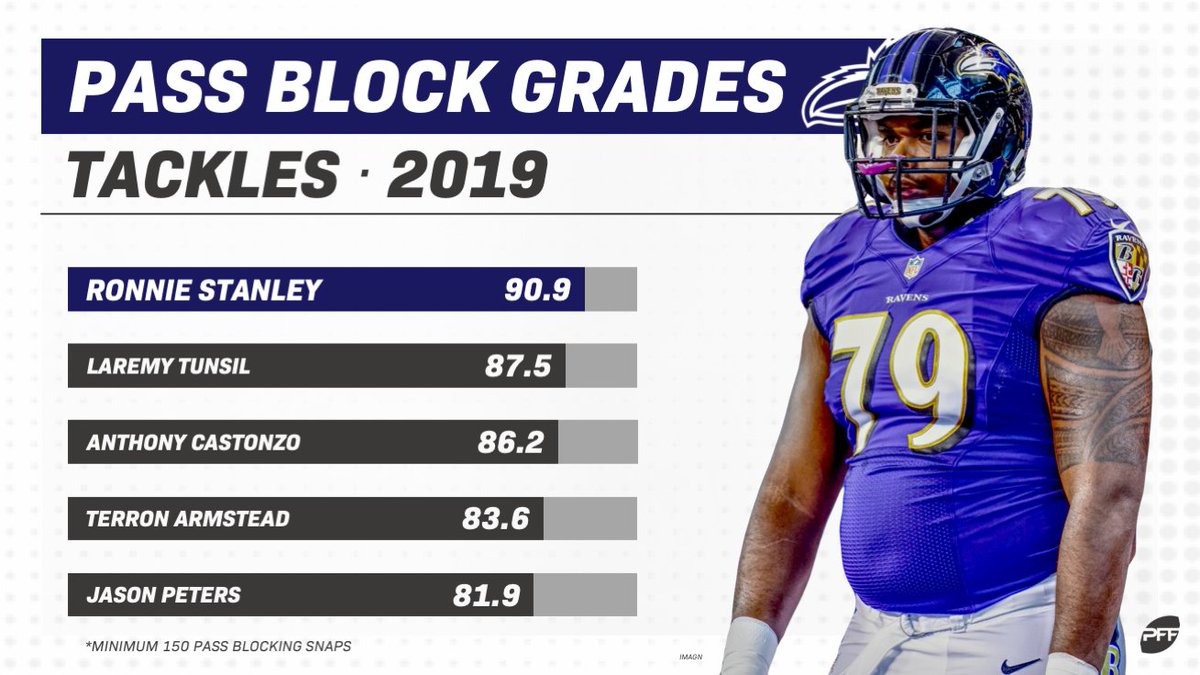 Speaking of the draft, the pandemic has really raised concerns over how the “show” will be conducted. Given the dearth of sports content these days, the 2020 NFL Draft is likely to set viewing records. But more importantly, teams are concerned about how to set their draft boards, particularly when it comes to assessing injuries and character red flags. The in-person visits to team facilities provide the opportunity to dive into the issues directly with draft candidates.

Recently, the New England Patriots conducted a virtual workout with Penn State defensive lineman Yetur Gross-Matos. But with virtual, there’s always the threat of deceit as the Patriots learned the hard way. Gross-Matos did not run the 40-yard dash at The Combines but did so, virtually for the Patriots, at the Nittany Lions’ Holuba Hall.

Or so the Patriots thought…

It turns out that Gross-Matos had his younger and faster cousin run the 40 in his stead. The two are strikingly similar in looks and build. And they nearly duped Bill Belichick’s scouts. Apparently, about 15 yards beyond the finish line of the 40-yard dash, sits a tunnel that continues into the men’s locker room. After cousin Yiannis Gross-Matos entered the tunnel following the dash, Yetur re-emerged, dressed in exactly the same clothes – except for one minor detail which proved to be the fatal flaw.

Yiannis wore a black Under Armour wristband on his left arm as he entered the tunnel. When Yatur emerged, pretending to have run the dash himself, he faced the camera to help solidify the scam. But the Patriots’ officials noticed a white Nittany Lions wrist band instead. The black UA one was gone.

That observation led to additional scrutiny of the video and sure enough, Gross-Matos was busted. Now, many draft analysts expect him to fall to Day 3 of the 2020 NFL Draft. As the saying goes, it’s tough to cheat a cheater. 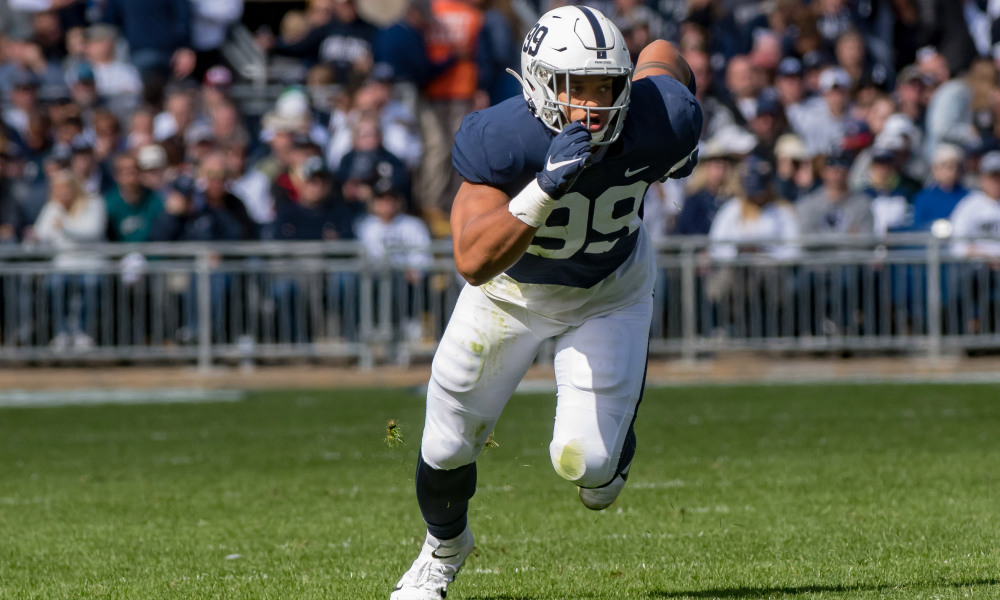 And Now There Are 14

Yesterday we learned that the NFL has officially announced that there will be a 7th playoff team added to each conference, 14 in total representing nearly 44% of the league. The move was heavily influenced by owners Robert Kraft (Patriots), Daniel Snyder (Redskins) and Jimmy Haslam (Browns). Kraft is said to be fearful of a major drop off for his franchise following the departure of Tom Brady with no heir apparent in place, coupled with salary cap issues. Snyder is trying to restore the luster to his downtrodden franchise – one that sold tickets for single digit prices last season. And lastly, Haslam’s season ticket base is now at an historic low and he desperately needs a playoff berth and a postseason win. The Browns haven’t won a playoff game since 1995 and they’ve had just 2 winning seasons in the last 22. 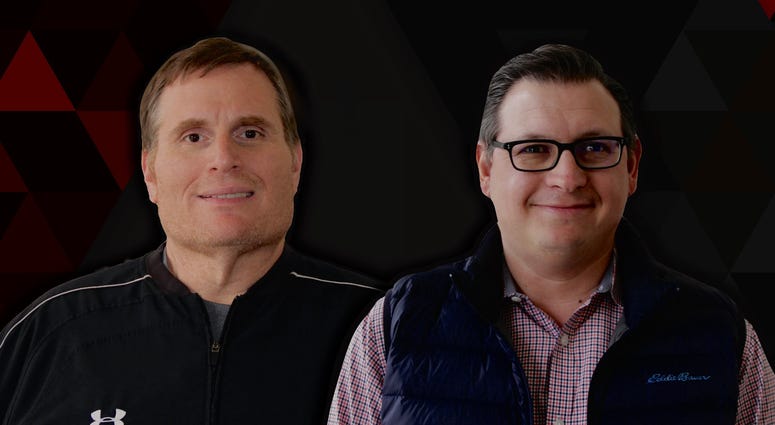 More Moves at The Fan

Recently The Fan replaced the Scott Garceau Show with Inside Access, featuring Ken Weinman and Jason LaCanfora. And while the show is now chock full of interesting guests the ratings are in the tank. Some believe that the time slot’s decline has been heavily influenced by the pandemic. Fewer people are in their cars these days and that’s where the lion’s share of The Fan’s audience lives.

But station management at Entercom (formerly CBS Radio) has never been patient and word has leaked out that more change is being considered throughout their programming lineup. The names of Mark Viviano and Keith Mills have been bantered about.

Following Inside Access is Jeremy Conn’s Lowdown, which has attracted the attention of Barstool Radio on Sirius/XM. Credit Conn’s amped up World of Stupid, his drinking game antics on The Fan and a zealous agent for the sudden interest from Barstool. If it happens, the opportunity will be a well-deserved career move for a hard-working, good guy who hasn’t received the kind of loyalty from his employer that he regularly extends.

It seems as if Amazon and/or their vendors, have attempted to benefit from the image and likeness of NFL MVP Lamar Jackson. Lamar’s Mom, an avid Amazon Prime shopper, was the first to report the discovery. One insider claims that Felicia Jones, a huge Michael Jackson fan, ordered a t-shirt that she thought was one that depicted the cover of MJ’s album, Thriller. To her surprise, upon delivery, the face was that of her son Lamar. 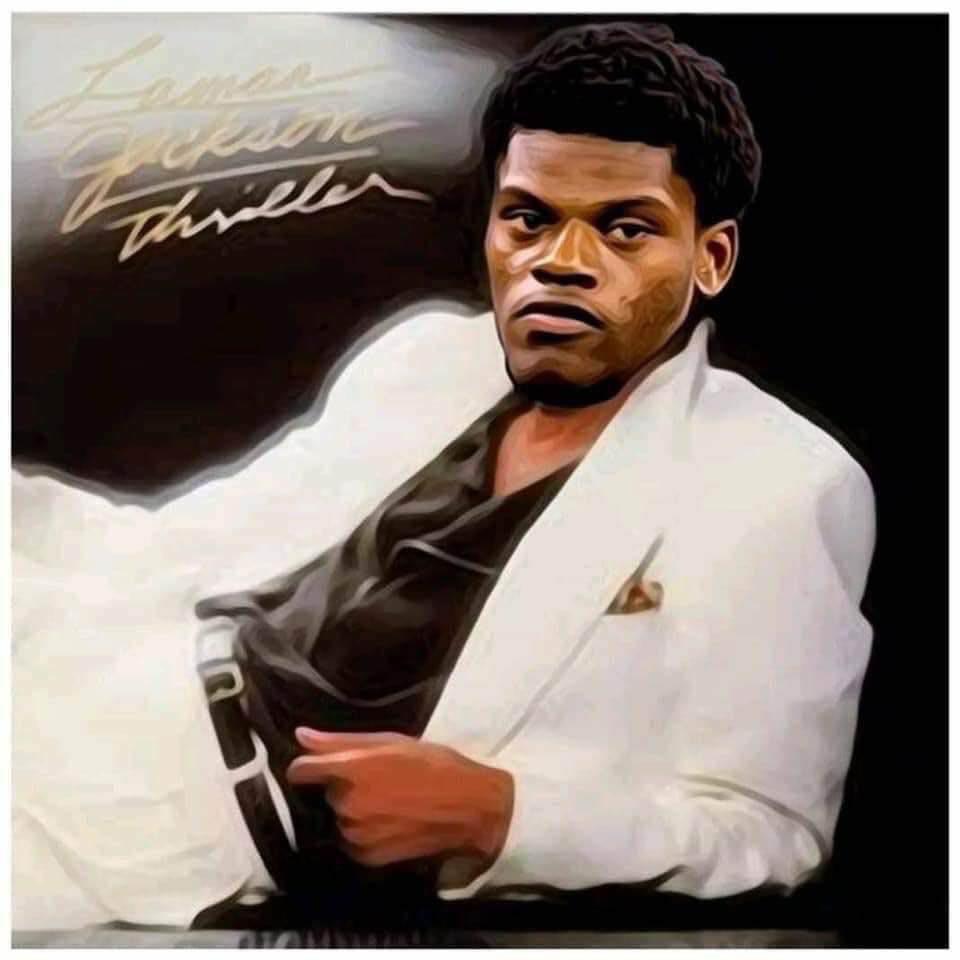 The discovery put Jones on an all-out reconnaissance mission to find any other usages of her son’s image and likeness without express written consent. She found a ton and is now seeking damages up to $25M plus all profits generated by sales-to-date of the unlicensed products. When asked about the lawsuit Lamar deadpanned, “Honestly, I’m flattered – belee dat!”

And if you belee any of this today, you’ve been fooled.