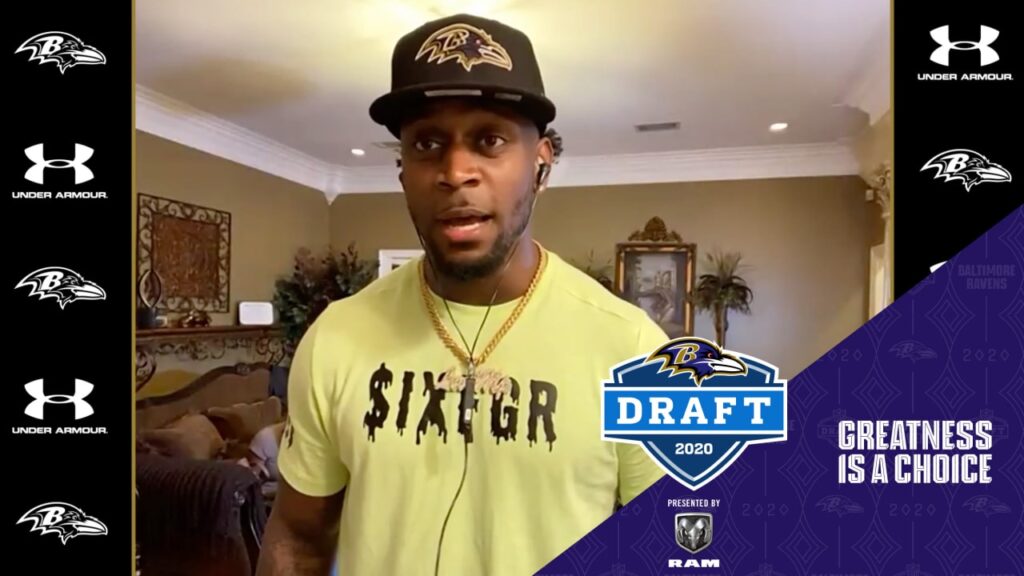 So, Day 1 of the 2020 NFL Draft is in the books, one that hopefully goes down as a one-of-a-kind draft in that it was 100% virtual. You won’t find my name in the Roger Goodell fan club but I have to give The Commish credit for handling the festivities flawlessly, save for the slip-up on rescheduling of Las Vegas as the draft host city in 2022.

Next year, COVID-19 permitting, the host city is Cleveland. Ok, stop laughing. It’s true. That said, I hope it snows.

As for the Ravens on Day 1, I have to admit, Patrick Queen wasn’t my first choice. My draft crush was A.J. Epenesa from Iowa, but word is the Ravens weren’t all that enamored, at least not for round 1 draft capital.

The Ravens have a direct line to Iowa thanks to a long-term relationship with head coach Kirk Ferentz. The former Ravens offensive coordinator doesn’t land many 5-star recruits but Epenesa was one as the highest rated recruits to ever commit to Iowa. Yet despite the accolades and high expectations, Epenesa struggled to crack the starting lineup his first two seasons as a Hawkeye. Watching his highlights certainly provides no clue as to why.

And then there was his poor combine in February.

His 40-yard dash was north of 5 seconds and he benched only 17 reps. Connect the dots and Epenesa begins to sound like an underachiever, despite the raw talent. And he certainly doesn’t sound like he fits the “Play Like a Raven” credo. Should he fall further in the draft, maybe the Ravens make a play for him. Maybe… 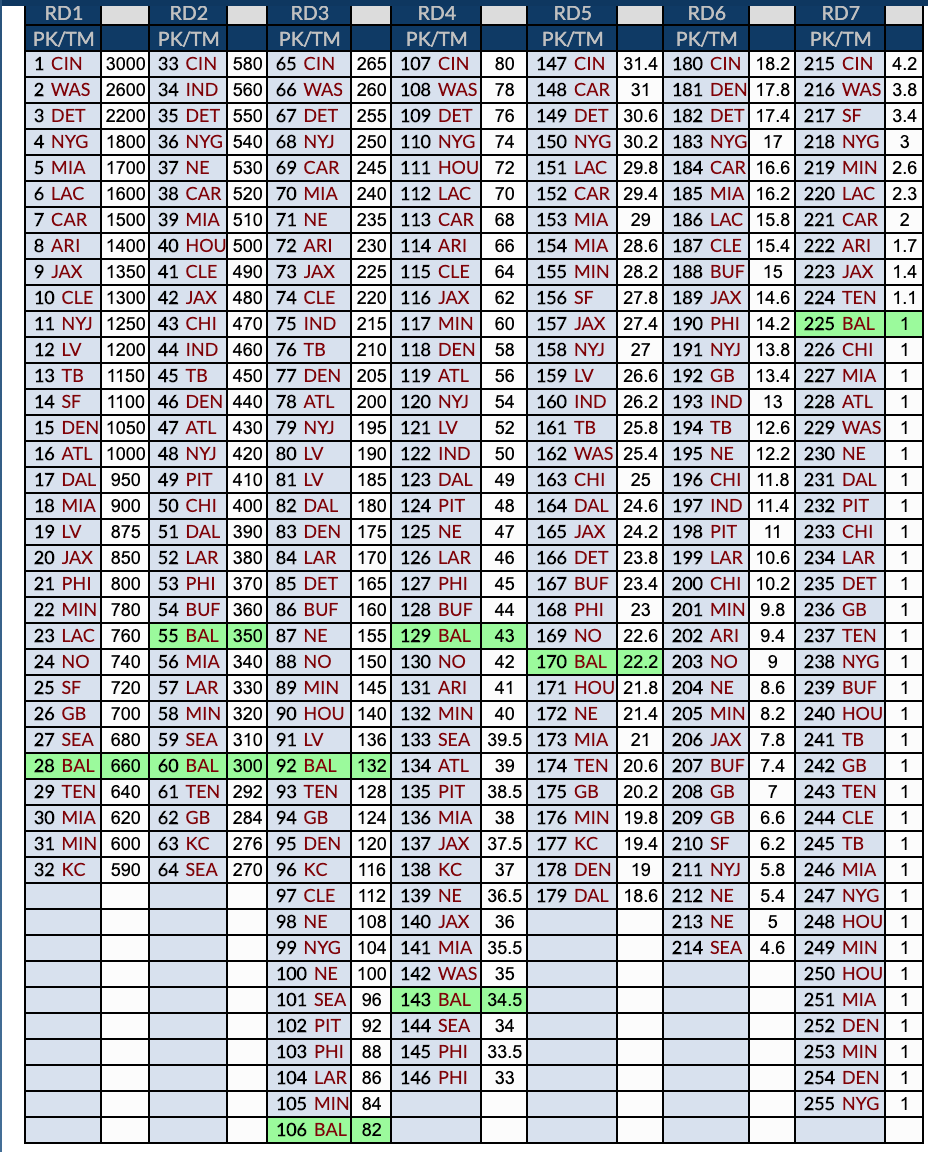 Hail to The Queen

Patrick Queen is an outstanding athlete and behind a beefed up Ravens defensive line, he should remain clean which will allow him to unleash his impressive explosiveness. He’s young, and turns 21 on August 13. He also has the frame to develop more muscle mass and weight without sacrificing speed. I’m sure the Ravens strength and conditioning coaches can’t wait to begin working with Queen.

Word is the 2019 National Champion is a great kid with a tremendous desire to succeed and is anxious to emerge from the borderline impoverished conditions within which he was raised. Welcome to Baltimore Patrick!

New Ravens LB Patrick Queen will receive a contract worth a little over $12M, with a Signing Bonus of ~$6.3M. His 2020 Cap number will be ~$2.2M. He will immediately count $610K on the Ravens Cap until his contract is signed.

During the post-round 1 Zoom conference call, Eric DeCosta admitted that he was intrigued enough about the talent falling down the board, to inquire about possible trade-up scenarios. This is just a guess, but CeeDee Lamb had to attract his attention.

The Ravens love Oklahoma players and pairing Lamb with former teammates Marquise Brown, Orlando Brown, Jr. and Mark Andrews, had to have appeal to DeCosta. It would have been an expensive leap, probably costing them a second-round pick. But if Lamb had slipped by the Cowboys and with the Dolphins looking to protect their new injury prone quarterback, Tua Tagovailoa, the Raiders may have been a good trade partner.

Having selected Henry Ruggs with the 12th overall pick, it’s unlikely that the Raiders would have taken Lamb, needing to shore up other positions, such as their secondary. After all, the Chiefs are still a divisional rival, something that may have inspired Vegas’ reach on CB Damon Arnette who had second-round grades. 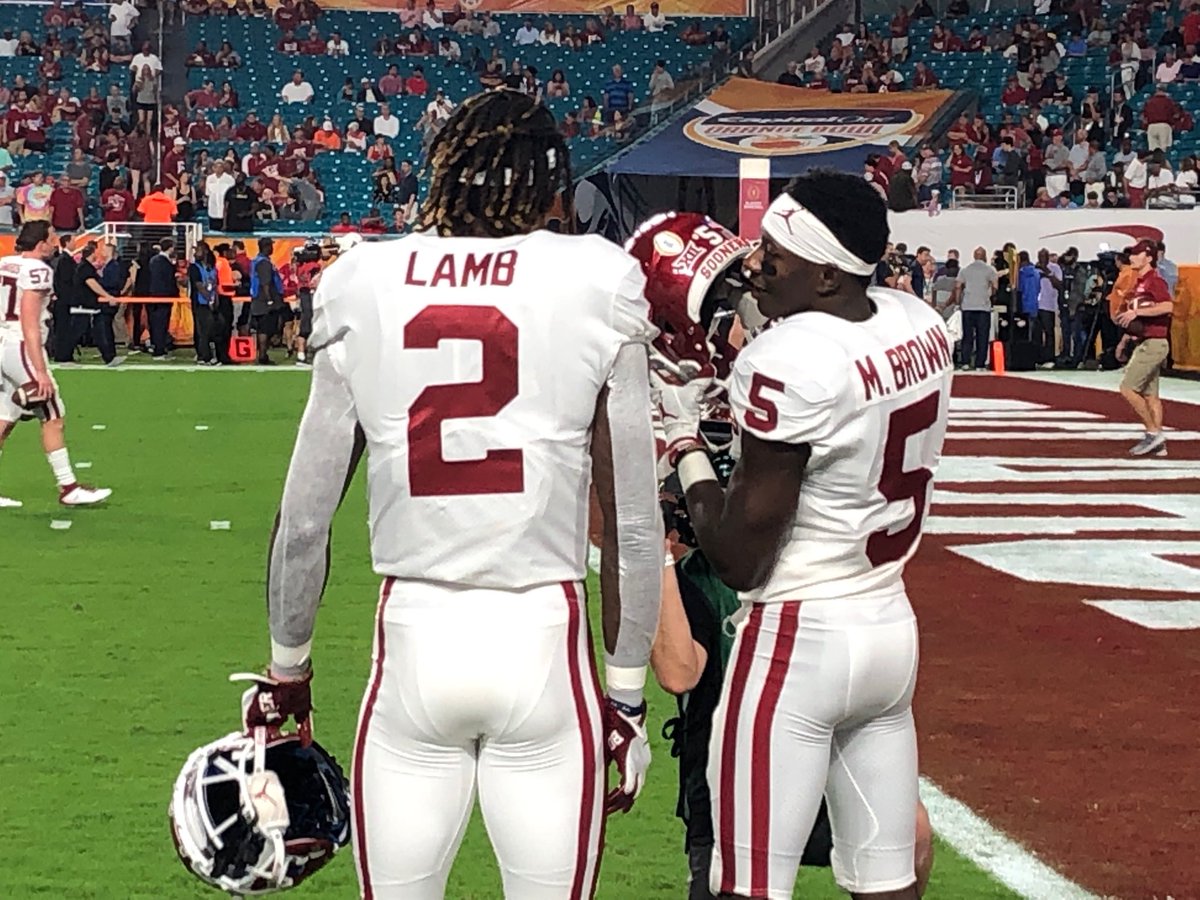 * Tua is a flashy pick. But it’s a pick that the Dolphins will one day regret. I’ve heard all of the comparisons to Drew Brees but there’s a long, long, long way to go before Tagovailoa is in THAT conversation. At the professional level he’s going to have to learn to move in the pocket the way Brees does in order to create throwing lanes without impaired vision, given his 6’0” stature.

Oftentimes he bails out to his left and holds onto the ball too long. That would explain his 5 injuries in a 13-month stretch, including the dislocated right hip with posterior acetabular wall fracture. It’s hard not to be reminded of Dennis Pitta’s shortened career.

* I never know what the Seahawks are going to do. Pete Carroll and his scouts identify players who schematically fit what they want to do and their draft day decisions aren’t influenced by outside projections. If they like a player, they’ll go and get him regardless of what other teams or draft analysts think…The Raiders, now there’s another team that is, how should I say it, unconventional. Fortunately for the Ravens, the Seahawks are up just before the Ravens’ pick 60th overall pick and the Raiders are on the clock just prior to the Ravens’ 92nd overall pick.

* Aaron Rodgers has to be ticked off. Everyone except Green Bay GM Brian Gutekunst thought that the Packers would find a pitch and catch partner for their 36-year old quarterback but instead, Gutekunst turned in the card for Jordan Love. The Pack got Love, but clearly Rodgers did not.

And on a lighter note, people are wondering who was texting CeeDee Lamb when he was on the phone with his new employer last night. Maybe, the lady sitting beside the new Cowboy isn’t the only ingredient in Lamb’s stew.

Cowboys draft pick CeeDee lamb wasn’t having any of his girl trying to check his phone 😂 pic.twitter.com/hvm0CnTlb5