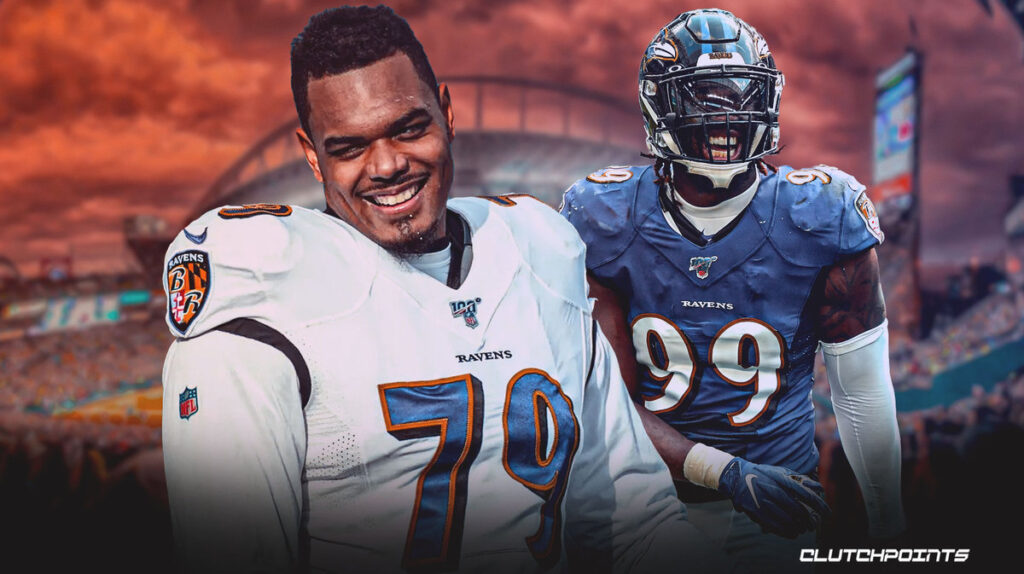 A New Deal for Ronnie Stanley?

There’s reason to believe the Ravens may hold off on a new deal for Ronnie Stanley but before we expand upon that, let’s revisit the Earl Thomas situation…

This month, Kevin Byrne, the Ravens long-time PR head honcho, retired after 38 seasons with the franchise, dating back of course to the club’s days in Cleveland. The Ohio native passed the torch to Chad Steele, brother of ESPN’s Sage Steele. Chad has been with the Ravens for 19 seasons and is now the team’s Sr. Vice President of Communications.

Perhaps even before Steele’s new business cards arrived, he was confronted with his first crisis, thanks to safety Earl Thomas. And despite Chad’s title, the Ravens have done very little public communicating about the issue. This, was their “public” position on the incident the day after:

“We became aware of the situation when we read and saw it on the reports late last night and early this morning.”

The silence speaks volumes. The club must be seething. After all they do and the resources the Ravens provide to players to assist them with unexpected crises like this to help stave off further damage, Thomas chose to blow off such aid, opting instead for Instagram.

Ravens safety Earl Thomas says in an Instagram post tonight that TMZ will have a report on an “altercation” between him and his wife, Nina, on Thursday.

“Stuff like this happens, bro. We’re trying to live the best life we possibly can, but sometimes it doesn’t go as planned.” pic.twitter.com/PLavo2nmk3

That said, Thomas is the victim here – based on what we know. The Ravens will do their best to silence the story and make it fade to black. But despite Thomas’ role as victim, coupled with his hefty contract and less than stellar play in 2019, parting ways with the 7-time Pro Bowler had to have been a topic of conversation at team headquarters. But releasing Thomas or trading him isn’t going to happen this season. Steele and the Ravens will have to manage the situation.

#Ravens are not going to release Earl Thomas. Such a move has a corresponding hit on the cap of $25M in dead money & would lower the team’s cap in ’20 by $10M. They don’t have $10M in cap space at the moment. They’d have to extend or restructure another player just to cut Earl. pic.twitter.com/jXPISWqSB4

If the Ravens see more of the following from ET in 2020, well they may opt to save the $11M in cash, absorb the $10M in dead money while saving $6M against the cap in 2021. Thomas played better down the stretch, save the embarrassment below, but unless he steps up this coming season, there’s little doubt that Eric DeCosta will struggle with buyer’s remorse, if he isn’t already.

And if another TMZ video surfaces (remember a friend of Nina Thomas took one of her pointing the gun at Earl), it could become a disruption. And given the lack of preparation time for the 2020 campaign, any disruption could be problematic.

This is the second most embarrassing thing to happen to Earl Thomas in 2020 pic.twitter.com/MAHdFMCeVY

Speaking of contracts, DeCosta explained recently on a conference call with PSL owners, that the Ravens have been in contact with the agents of Matt Judon and Ronnie Stanley but nothing material has developed from the exchanges.

The bar for signing Ronnie Stanley was set recently when the Texans inked Laremy Tunsil to a $66M deal. Comparatively speaking, given his development as one of the best franchise tackles in the game, Stanley’s asking price should be somewhere north of Tunsil’s deal. And while the Ravens love Stanley’s game and hope to keep him for the foreseeable future, a long-term deal might not happen until 2022, if at all.

Fewest pressures allowed by OT in a single season since 2006

Unless a new deal happens sometime this offseason, Ronnie Stanley will be paid his fifth-year option salary of $12.866M in 2020. He then becomes an unrestricted free agent in 2021 unless of course the Ravens use the franchise tag on the former Golden Domer. The franchise tag number for offensive linemen in 2020 is $14.781M, up from $14.067M in 2019. In 2021 that tag number is likely to be in the range of $15.6M. If you conclude that Stanley is deserving of a bigger contract than Tunsil, judging from OverTheCap.com’s chart below which illustrates the Tunsil contract, the franchise tag might not be a bad option for the Ravens as it relates to Stanley.

Keep in mind that the Ravens will need to consider a long-term deal for Marlon Humphrey between now and the end of the 2021 season and then sometime between 2022-23 they’ll need to extend Lamar Jackson to what is likely to be a record-setting deal if his developmental curve continues to climb. When all is said and done, it’s possible that Ronnie Stanley might only be around for another 2 seasons.

A potential Ronnie Stanley sidekick is D.J. Fluker, who passed his physical this week and he’ll be among the candidates competing for a starting guard position. The signing reunites Fluker with Ravens O-Line coach Joe D’Alessandris. The two were together in San Diego during Fluker’s first three seasons in the league, 2013-15. Given the intel the Ravens have on Fluker, coupled with his skillset as a run blocker, the three-time national champion from Alabama could end up being a bargain while setting himself up for a more lucrative deal in the future. Fluker is only 29 years old. 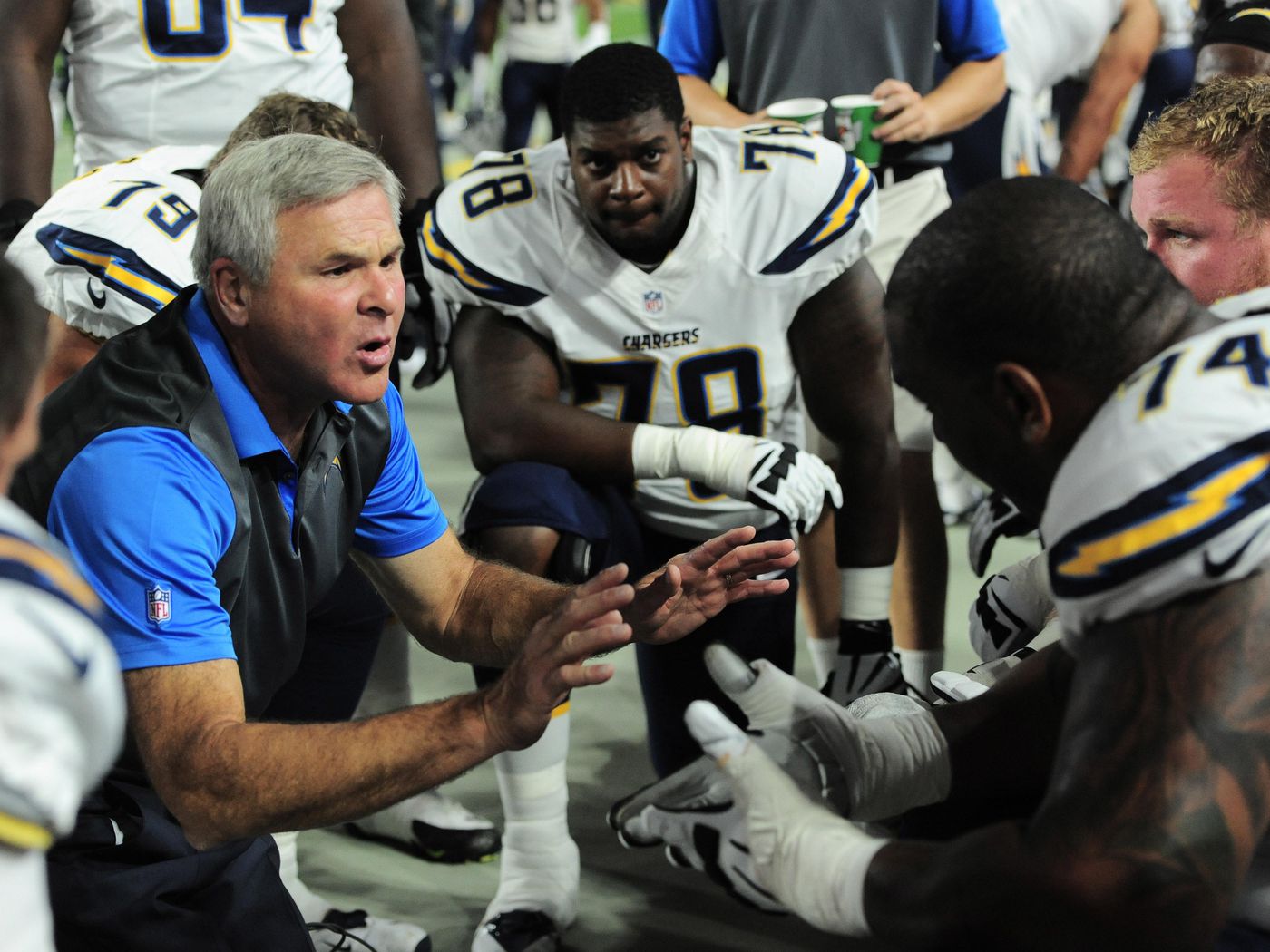 A few have reached out to me wondering why the Ravens, more specifically GM Eric DeCosta, doesn’t just put an end to the speculation about Antonio Brown joining the Ravens. I haven’t asked Eric about it but I know that he’s consistently tight-lipped when it comes to contracts and injuries. And that’s been the case when he’s been repeatedly asked about AB joining the team.

ICYMI: @AdamSchein asks Ravens GM Eric DeCosta, is there “any thought process on bringing in Antonio Brown for the Baltimore Ravens?” pic.twitter.com/oZnd5LGBhS

Unless there’s an injury to the current corps of receivers that materially changes the team’s ability to win games, Brown will never be a Raven. Why DeCosta doesn’t squelch the rumors is up for debate but from my vantage point, I’m sure that one or possibly all of the following enter the thought process:

• What if the Ravens need someone like Brown later in the season? DeCosta doesn’t want to limit his potential options by drawing a line in the sand today. Then, if AB is cleared to play and the two sides can agree to terms, the Ravens aren’t on the hook for the entire season should he rekindle his sociopathic behavior.

• How the Ravens deal with players like Brown sends a signal to other players and their agents. To summarily dismiss the possibility, publicly, does nothing for those relationships.

• Maybe DeCosta doesn’t want to tip his hand. If another team is interested in signing AB and AB’s agent still has the perceived possibility of a Ravens signing as leverage, he can drive up the price for Brown. In doing so, it forces a competitor to use more cap space. By the way, AB’s former agent Drew Rosenhaus, removed himself as Browns representative. His new agent is Ed Wasielewski of EMG Sports.

• And then of course there is the human element at play. Lamar and AB’s cousin Marquise Brown, have a relationship with the former Steeler and the Ravens need to be mindful of that so as not to disrupt the outstanding culture that they’ve carefully cultivated over the past few years.

J.K. Dobbins was selected with the 55th overall pick in the 2020 NFL Draft, the highest pick the Ravens have used on a running back since Ray Rice in 2008. Rice coincidentally, was taken with the 55th overall pick as well. As a Rutgers’ Scarlet Knight, Rice donned the number 27, one that he wore as a Raven as well. Word is that Dobbins will assume Rice’s old number. It will be interesting to watch how Dobbins career tracks with that of Rice. You may recall that Rice had to work his way into a lineup that included Willis McGahee and Le’Ron McClain.

This week we completed the Ravens All-Time 53-man squad as voted on by fans. You can view it HERE. The biggest slight from the fans in this voting process, is the omission of Kelly Gregg. When hosting Hot Sauce With Bart Scott back in 2007, Scott repeatedly talked about how important Kelly was to the Ravens defense. He would often remind me and our listeners how “Buddy Lee” willing assumed the dirty work to allow his teammates to shine. As an 8-year starter in Baltimore, Gregg racked up 523 tackles, 8 passes defensed and 18 ½ sacks. Comparatively speaking, Tony Siragusa, the second-highest vote getter at defensive tackle, had 159 tackles, 7 passes defensed and 5 ½ sacks during his 5-year stint in Baltimore.

DeCosta is on record supporting the possibility of the Ravens carrying four running backs. Some have taken that support to mean that the Ravens will keep Mark Ingram, Gus Edwards, Justice Hill and rookie J.K. Dobbins. Don’t count on it! DeCosta, once again, is simply keeping open the team’s options. What do the Ravens have to gain by saying they’ll only keep three? Besides, the final 53-man squad isn’t DeCosta’s choice alone. John Harbaugh and his staff will be significant influencers…The Ravens schedule is being touted as the league’s easiest based upon 2019 records. But as we’ve seen from year-to-year, teams can change dramatically. There will be playoff teams from 2019 that will fall flat just as there will be some surprise teams that will be disruptive forces. We only need to look at the 2019 Ravens squad for proof.

Last season when the Ravens cut special teams ace Justin Bethel, critics frowned upon the move. But obviously the move had little effect on the team’s ability to win games. And, it saved a fourth round compensatory pick. That pick became guard Ben Bredeson, who has been labeled as a draft day steal…It will be interesting to see how the players the Ravens accumulated in Round 3 of the 2020 NFL Draft pan out. Justin Madubuike, Devin Duvernay, Malik Harrison and Tyre Phillips could all be significant contributors in 2020. In years to come, Round 3 is likely to be singled out, good or bad.

It’ll be fun watching him chase down Baker twice a year. pic.twitter.com/wsbeRmjqiN

By now you’ve probably seen the new Marshal Yanda. If not, well, here you go! The change is dramatic and is reminiscent of similar changes in another former Ravens offensive lineman, Matt Birk. Carrying and managing the requisite weight for the position is part of the grind that players often talk about. For those wondering if Yanda could be talked out of retirement, as you can see, that’s just not going to happen.

Had to have future Hall of Famer Marshal Yanda get eyes on my pass set #PatMcAfeeShowLIVE pic.twitter.com/Nx9jXpVCg5

And lastly on a non-football note, among the shows I’ve been watching On Demand, is Outer Banks found on Netflix. The ending was worthy of tuning in for Season 2 but I have to admit, there were times along the way when I just wanted to drop out from the series. The actors are decent but the script seemed adolescent. Apparently Marlon Humphrey had similar thoughts.