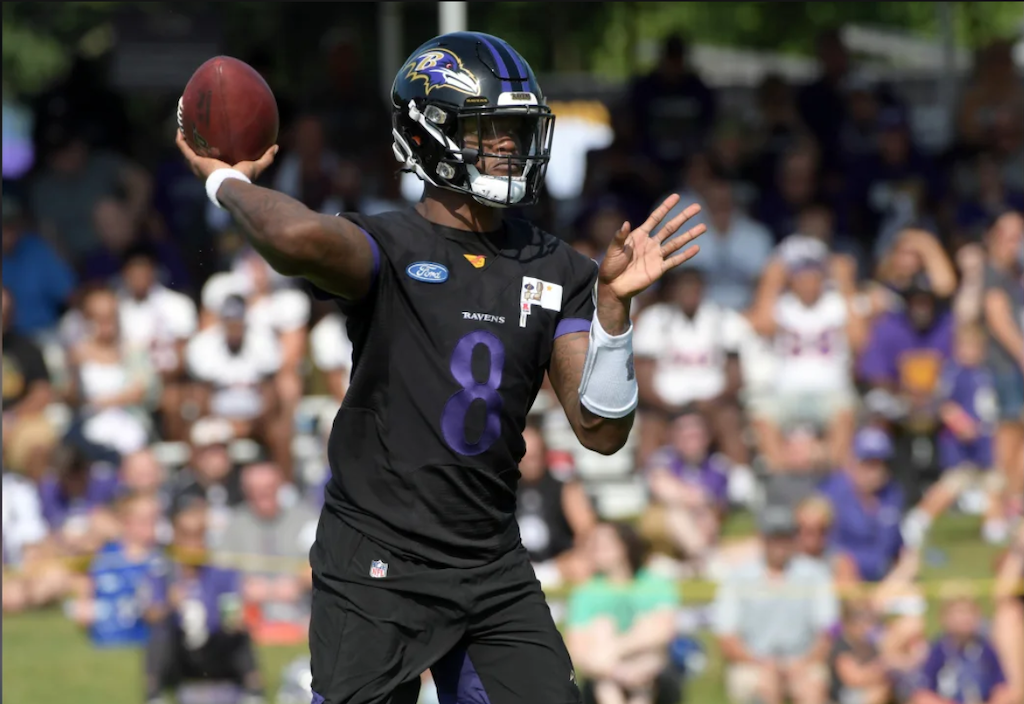 The Ravens have a swagger.

After setting a franchise record with 14 wins last season, running back Mark Ingram is confident the team can be even better.

Quarterback Lamar Jackson won’t shy away from two years of playoff disappointment and he’s determined to take the Ravens to the next level.

Even coach John Harbaugh, who typically deflects any type of preseason praise, admitted his players have some firepower.

The Ravens will enter the 2020 season as one of the Super Bowl favorites.

Still, they’ll need to balance those expectations with their preparedness each week.

“First of all, from a talent standpoint, we’re talented,” Harbaugh said. “We were talented last year, and everybody said we weren’t talented. So, all of that stuff, all of that talk, it’s just noise, it’s meaningless. It’s just nothing to us. That’s where it starts. And even Mark, I love his enthusiasm. We do – we plan to win every game, that’s the goal. Every game we go into, we plan to win them all. If we win them all, we’ll be 16-0, so we start there. That’s the idea, but you also understand that you have zero wins on the ledger when you start, too.

“So, you better get the first one. We have to earn every single one of those. That’s our guys’ understanding. Mark Ingram II, gosh, he understands that better than anybody. He’s been in the league and he’s a fierce competitor. It’s not a hard thing to balance at all.”

The Ravens do have a deep and talented roster.

General manager Eric DeCosta overhauled the defensive line by acquiring Calais Campbell from the Jacksonville Jaguars and signing Derek Wolfe as a free agent from the Denver Broncos. The front seven should further support an already dominant secondary led by cornerbacks Marcus Peters and Marlon Humphrey, along with safeties Earl Thomas and Chuck Clark.

The Ravens shattered the NFL’s single-season rushing record last year with 3,296 yards and all three running backs — Ingram, Gus Edwards, and Justice Hill — are back on the roster. The team added another dynamic player, J.K. Dobbins, in this year’s draft.

Wide receiver Marquise Brown is fully healthy and expected to become a breakout player in the NFL. The Ravens added a pair of rookie playmakers — Devin Duverany and James Proche — in the draft.

However, much of the team’s success will hinge on Jackson, who is entering his third NFL season. Jackson is coming off one of the best performances of any quarterback in NFL history and was named NFL MVP.

However, he is 0-2 in the playoffs in his young career.

For now, he’s just focusing on the Cleveland Browns in the regular-season opener on Sept. 13.

It will be the first step toward the ultimate goal.

“And last year, none of us expected to lose. They came out; they played well. We didn’t.  But now, we just have to focus on the Cleveland Browns. When we get back to the playoffs, we [will] go from there.”