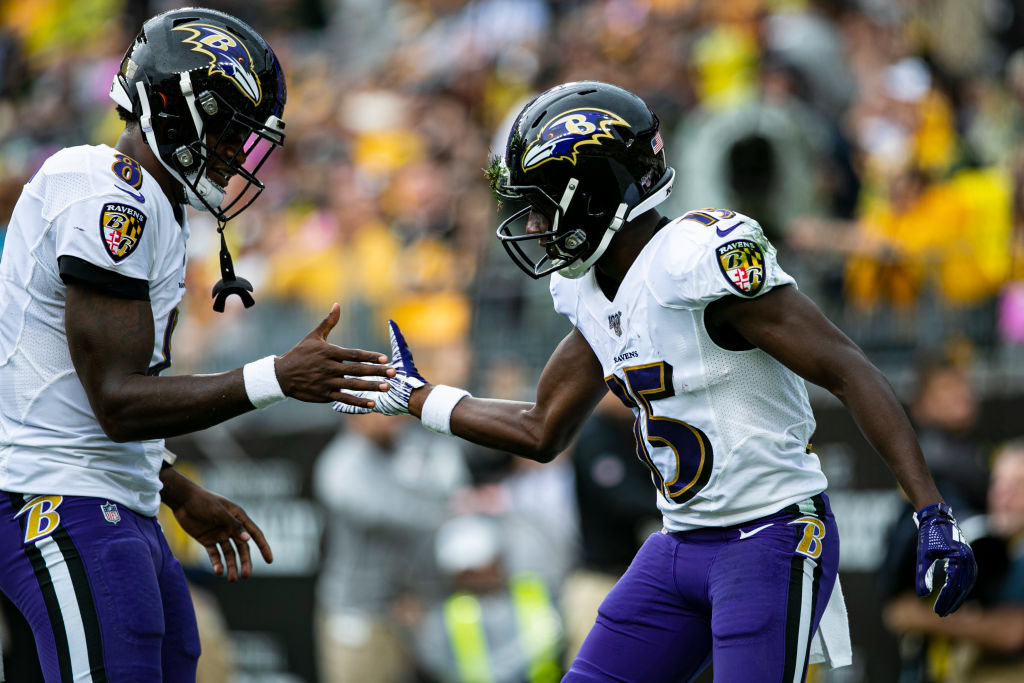 The Ravens have been one of the most mercurial teams in the NFL over the last three years. Since drafting Lamar Jackson and making him the starter, they’ve enjoyed some of their best seasons since winning the Super Bowl in 2013.

They plateaued two years ago when Jackson won the MVP with a historic season for the QB position, leading them to a 14-2 record and AFC North first-place finish. Unfortunately, they lost to wild card Tennessee that year; however, they avenged that loss, toppling them in last year’s wild-card game, only to succumb to the Buffalo Bills in Orchard Park, NY. Coach John Harbaugh handed the keys to Jackson, and they’ve thrived in a rushing offense, but that has come at the price of a passing game and integral receivers. Coming into the new season, do the Ravens need a top-tier receiver to push them over the top?

Chances of Winning it All

The Ravens haven’t come to the precipice yet, but the regular-season promise has kept them knocking on the door. Last season they suffered a rough patch mid-season with a three-game skid, but they gained momentum again, winning their final five. Carrying that fire into the wild card game, Baltimore was a dark horse to win it all.

At face value, the Ravens have a lot to like and seem like a team that will be better going into next season, but the division is set to be tough next season as the Steelers should remain competitive and the Browns look strong. At William Hill, the Ravens are the favorites with odds of +110, although the Browns aren’t far behind at +180. However, it’s likely they will have to overcome the dangerous Kansas City Chiefs at some point, who will be determined to win back the Super Bowl after being embarrassed by the Tampa Bay Buccaneers.

With all that in mind, do the Ravens need a top-tier receiver to make them a top contender?

The Baltimore Ravens used to be a team built on a bone-crushing, suffocating defense. However, they became one of the most electrifying offenses in the league over the past few seasons, per The Ringer. In 2019 they were the best offense in the NFL, but last year they were 7th in points per game with 29.3. This trusted offense was built on the pistol formation, making use of Jackson’s running abilities. In fact, the Ravens led the NFL last year with 3,071 yards, over 300 yards more than second-place Tennessee. What gets neglected in their play is the wide receiver, and it could be why top-tier receivers don’t want to go there. They threw for 171.2 yards passing yards per game, which was dead last. However, this may not be a problem for the team; they could use their cap or assets for getting more assertive in positions of need and get by with serviceable players at receiver.

All things considered, the Baltimore Ravens might not even need top-tier receivers. In 2019, when they were considered the best team in the league, Baltimore was led by a young superstar and core that weren’t quite ready to win it all, which became evident in the post-season. Last season was a turbulent year where they couldn’t find the same form but had a strong finish they can carry into this year. It seems more like they need to make some minor tweaks rather than tearing down a winning formula. As such, splurging on a wide receiver may not be the shrewdest of moves.

So far this offseason, they’ve picked up Kevin Zeitler at guard, one of their weakest positions in last year’s playoffs, and they’ve re-signed Derek Wolfe at defensive tackle, and Tyus Bowser at outside linebacker. These were positions of need and should improve them coming into next season more so than a grade A wide receiver.

The Baltimore Ravens have had a meteoric rise, and because of that, they are held in very high regard. With that comes some severe pressure; for a relatively young team, it’s a lot to handle, but these Ravens are growing all the time. The off-season moves should improve the squad more than a top-tier wide receiver should, and the Ravens will be itching to prove themselves next season.