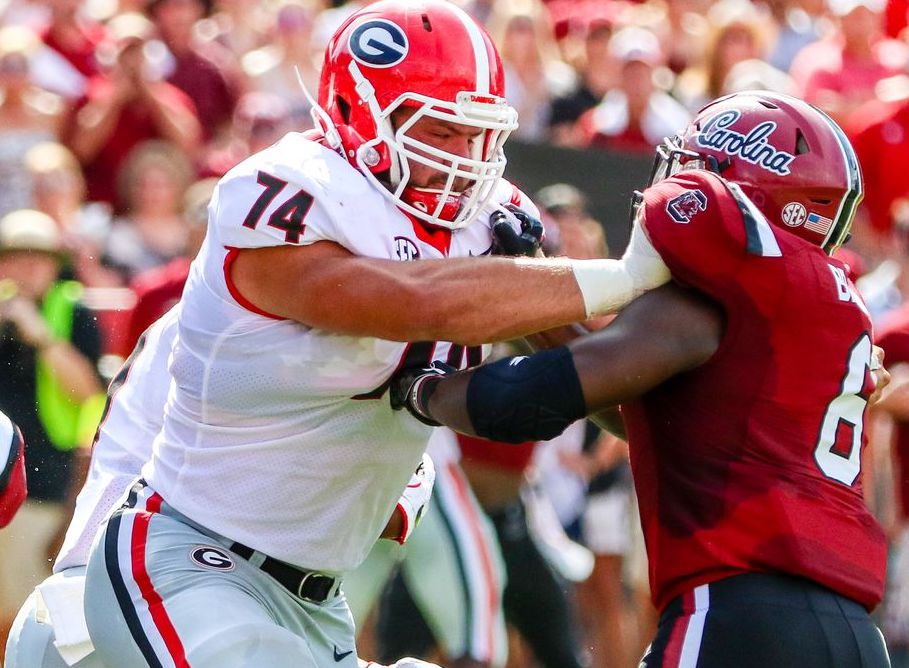 The Ravens seek out tough, smart, hard-working, team-oriented players who love football. Such players fit the culture the club has carefully nurtured for years. When they find such players who also happen to marry up nicely with their schematic approach, it’s pure gold. Such is the team’s newly formed union with the first 3rd-round selection, the 94th overall, Ben Cleveland.

Cleveland has outstanding size and long arms, and he ran faster than expected at his pro day. He’s a powerful run-blocker who does a good job with his angles and is effective combo-blocking up to the second level. He has a powerful punch and rarely gives ground in pass pro. — Steve Muench

Cleveland, along with the shift of Bradley Bozeman to center, the addition of Kevin Zeitler and the potential addition of a veteran right tackle, the offensive front should realize the intended boost the Ravens brass promised.

With the 104th overall pick, the Ravens turned in the card for Brandon Stephens. Stephens began his collegiate as a running back for UCLA and later transferred to SMU to play cornerback and some safety. According to NFL.com’s Lance Zierlein:

Stephens is big, strong and athletic and his position switch from running back to cornerback two years ago means he should keep improving at his craft. He flashes, but he is still in the very early stages of learning the position. The basic fundamentals of press, route recognition and finding positioning will take time to develop, but his traits make him an intriguing draft and stash developmental prospect. He has special teams coverage potential to help him play right away and he could come off the board on Day 3.

Now I will almost always defer to the intelligence, experience and instincts of the Ravens scouts and front office infinitely more than I will that of Mel Kiper, Jr., Daniel Jeremiah and the less informed analysts who cover the draft. This is one of the times when I’m left scratching my head. I get that Stephens is a terrific athlete, great guy with a high ceiling. What I don’t get is why the team was so enamored with the Texas native to make him the 104th pick in the draft. He just seems like a Day 3 pick or potentially an undrafted signing on May 2nd.

Word is that the coaches loved the player and apparently that view is shared by other coaching staffs around the league. Perhaps interest from other teams influenced the pick. Hopefully, a couple of years from now, we’re all sitting around asking rhetorically, “Remember that day during the 2021 NFL Draft when we all said, Brandon who?”