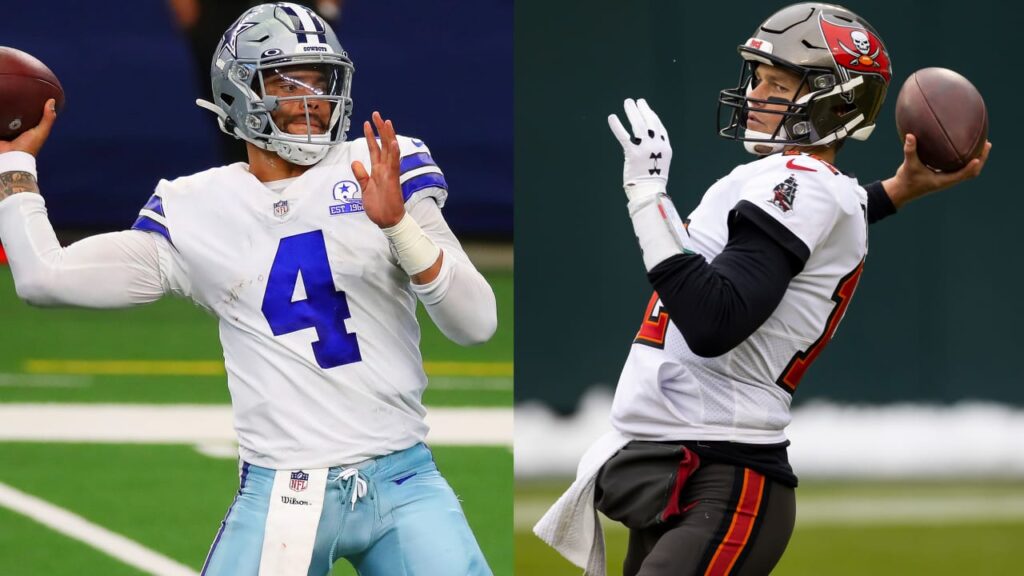 Three NFL Bets to Consider for Week One

As teams prepare for training camp, the collective focus is upon opening week of the new NFL season. The schedule for week one has thrown up some tantalizing matchups with the Cowboys facing Tom Brady and his Buccaneers a highlight. With quite a few superb matchups to open the new NFL season, here are three bets worth considering to get your season off to a fast start!

At the time of writing, Dak Prescott and the Dallas Cowboys are heavy underdogs for the clash with the reigning Super Bowl champs. The Bucs are currently -6.5 favorites on this website sidelines.io. They bring the most up-to-date odds for everything NFL, NBA and MLB. Dallas is all the way out at +6.5 and while those odds would suggest that a Bucs win is just about a formality, anything can happen.

One thing that might be in the Cowboys favor is that it will be the first game of the season. Brady and the Bucs could come out a little rusty with Dallas having more time to prepare as they missed out on a playoff berth last season.

With the likes of Amari Cooper, CeeDee Lamb, and Michael Gallup, Dallas has more than enough firepower to trouble Tampa. However their issues are defensively and with the Bucs bringing back just about everyone from the Super Bowl win, the Cowboys defense will need to be up to the challenge. Given that it is opening week, Dallas could spring a huge surprise and at those odds, you could be handsomely rewarded.

This will be a rematch of the divisional playoff game from last season. However, the result could be different. Currently favorite with odds of -6, the Chiefs are odds on to win their opening match of the NFL season, however, the Browns could be great value coming in at +6. Cleveland addressed their biggest need during the offseason by adding to their defense. John Johnson III, Takkarist McKinley, Jadeveon Clowney, Troy Hill, Anthony Walker, Malcolm Smith, and Malik Jackson will add some steel to a team that already boasts a good offense. Choosing Cleveland could be a gamble well worth taking.

The Raiders improved last season, even though it was by one game as they ended the year with an 8-8 record. With Derek Carr under center and new offensive acquisitions in John Brown, Willie Snead, and Kenyan Drake as a backup to Josh Jacobs, the Raiders have some offensive firepower. Adding Yannick Ngakoue and Casey Hayward to the defense should provide some firepower.

Baltimore was surprisingly beaten by the Bills in last season’s playoffs and will look to start the year off in style. Lamar Jackson’s throwing ability has been questioned but with the additions of Sammy Watkins and rookie Rashod Bateman, Lamar could find his passing go up a notch. The Raiders are currently +5 underdogs at home to the Ravens and that could give you some nice returns to open the 2021 NFL season with.